Oman’s sovereign rating was cut for the second time in 2020 by S&P Global Ratings as lower crude revenue and the virus pandemic take a heavy toll on the country’s finances.

S&P took Oman a notch lower to B+, four levels into its non-investment grade scale, according to a statement Friday. The outlook on the rating is stable.

The Gulf nation had already been downgraded twice this year by both Moody’s Investors Service and Fitch Ratings. S&P’s rating is now one level lower than both Moody’s and Fitch.

“Oman’s public sector finances, as indicated by the net debt level, will materially weaken over the next three years, notwithstanding the implementation of measures to reduce fiscal deficits, S&P said. “This is partly driven by our assumptions of restrained oil price growth and slow economic recovery from the Covid-19 pandemic.” 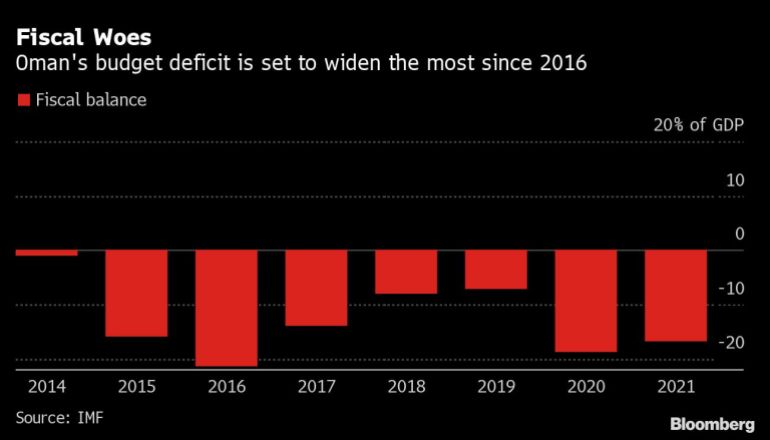 The sultanate’s finances were in trouble even before the breakout of the pandemic and a crash in oil prices. It is now on course to rack up the steepest budget deficit since 2016 at nearly 19% of gross domestic product, according to the International Monetary Fund. The economy is seen contracting 10%, the most among Arab Gulf nations, the fund estimated in its latest outlook.

S&P estimates Oman’s gross government debt will rise to about 84% of GDP by end-2020 from 60% in 2019, while government-related enterprises debt will reach 43% of GDP from 30% during the same period. The real GDP will contract in 2020 by 5% due to oil production limits under the OPEC+ agreement and the blow dealt by the Covid-19 to domestic demand and investment, it said.

The IMF now expects Oman’s debt ratio to rise by 18 percentage points this year, on par with junk-rated Ecuador.

According to Bloomberg Barclays indexes, Oman’s dollar bonds have underperformed all Gulf Arab peers this year.

Oman’s economy has been struggling since the earlier oil price crisis in 2014, and it has been forced to tap international debt markets to plug budget deficits.

It was slower than its neighbors in implementing fiscal reforms despite dwindling reserves, though this month it announced plans for a 5% value-added tax next year, a step economists said was welcome but not enough.

“The incremental revenues from VAT would be offset to a large extent by incremental interest expenditure,” Morgan Stanley’s Jaiparan Khurana wrote in an Oct. 15 note. 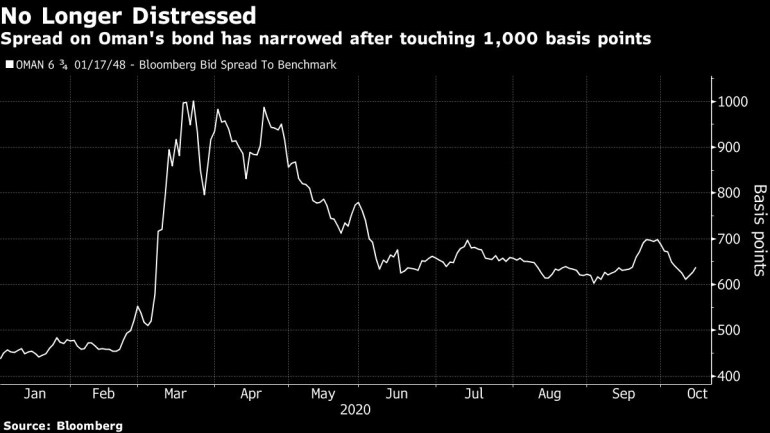 The largest oil exporter outside of OPEC, Oman reportedly discussed receiving financial aid from wealthier neighbors earlier this year to help it weather cheaper crude and the pandemic.

Preliminarily figures showed the fiscal deficit widened 25% during the first half of 2020 on a yearly basis.

While You Were Sleeping: 5 stories you might have missed, Feb 28
Recent Posts
Copyright © 2021 miamiheatnation.com.