Justice Ginsburg, an iconic champion of women’s rights, has died at the age of 87. She passed away on Friday of metastatic pancreatic cancer at her home in Washington DC surrounded by her family, a Supreme Court statement confirmed. A prominent feminist, she became a figurehead for liberals in the US after sitting on the Supreme Court for 27 years.

“We at the Supreme Court have lost a cherished colleague.

“Today we mourn, but with confidence that future generations will remember Ruth Bader Ginsburg as we knew her ‒ a tireless and resolute champion of justice.”

US President Donald Trump reacted to her death after an election rally in Minnesota, saying: “I didn’t know that. She led an amazing life, what else can you say?” 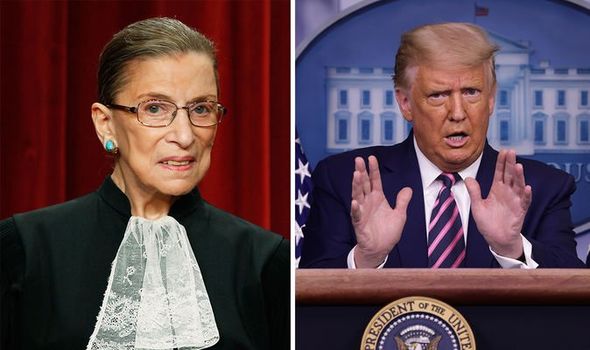 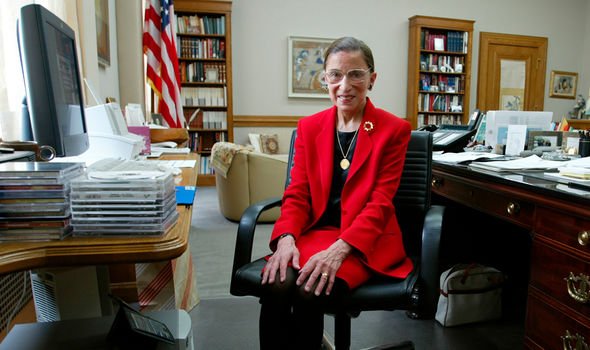 Later on, Mr Trump tweeted that Justice Ginsburg was a “titan of the law” and a “brilliant mind”.

However, the two did not always see eye to eye.

Prior to Mr Trump’s stunning election victory over Hillary Clinton in the 2016 US presidential race, Justice Ginsburg made an unprecedented intervention. 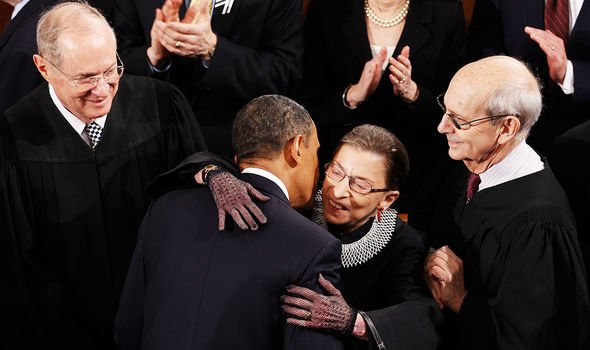 “He has no consistency about him. He says whatever comes into his head at the moment.

“He really has an ego. How has he got away with not turning over his tax returns? The press seems to be very gentle with him on that.” 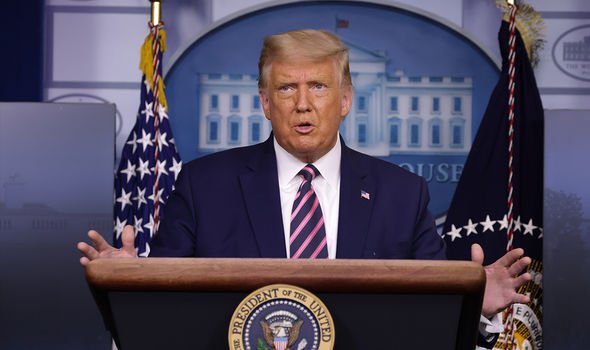 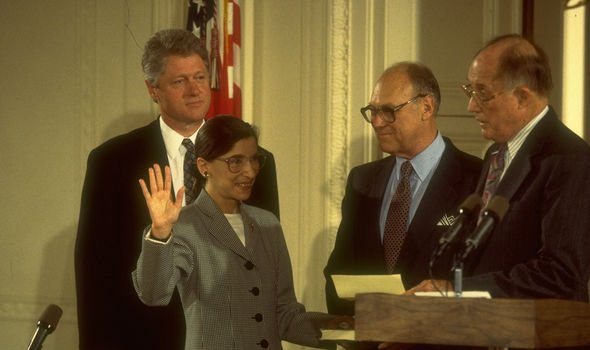 It is highly unusual for a justice to make such politically charged remarks, and some critics said she crossed the line.

Indeed, Mr Trump responded by calling for her resignation.

He tweeted: “Justice Ginsburg of the US Supreme Court has embarrassed all by making very dumb political statements about me. Her mind is shot ‒ resign!”

Then House Speaker Paul Ryan added that the comments were “out of place”.

He said: “For someone on the Supreme Court who is going to be calling balls and strikes in the future based upon whatever the next president and Congress does, that strikes me as inherently biased and out of the realm.”

Justice Ginsburg’s death could spark a political firestorm in the US, with the presidential race between Mr Trump and Democratic rival Joe Biden hotting up.

As one of four liberal justices on the court, her health was watched closely.

Her passing raises the prospect of Mr Trump trying to expand the court’s slender conservative majority, even before this November’s election.

In the days before her death, Justice Ginsburg expressed her strong disapproval of such a move.

She wrote in a statement to her granddaughter: “My most fervent wish is that I will not be replaced until a new president is installed.”