Volodymyr Zelensky’s forces have used American-supplied missiles to destroy around two dozen ammunition bases, leaving the invading troops in the south of the nation disguising themselves as civilians, according to reports. It comes as troops are being trained in British M270 Multiple Launch Rocket Systems, which are anticipated to bring even greater firepower and precision to the strikes.

Ukrainian forces struck a large warehouse the Russian armed forces were using to house supplies in the town of Nova Kakhova, near Kherson on the Dnipro River, on Monday.

On Thursday morning, Ukrainian intelligence sources suggested that another hit had been successfully carried out on the warehouses.

In images provided by Serhii Khan, adviser to the region’s administrator, to the Ukrainian Centre for Strategic Communications (Stratcom), billows of orange smoke are visible rising from the area. 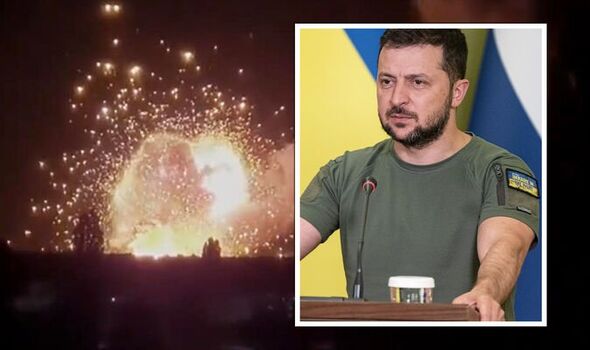 A Stratcom source told Lithuanian outlet Delfi that following the most recent attack, Russian soldiers stationed in the area were “running in different directions and hastily transporting both stolen and brought items”.

Laying bare the desperation of the ground troops, they added: “Local residents report that some of the panicked orcas are disguising themselves as civilians and climbing into vehicles that have been taken from civilians, carrying large bags.”

As the invasion of Ukraine becomes a war of attrition, the defending armed forces have touted the Western high-precision weaponry it is being supplied as vital to such counter-attacks.

It comes at a time when Putin is facing fresh condemnation for the indiscriminate targeting of civilian buildings, including a block of flats in Vinnytsia, which left 23 dead including three children. 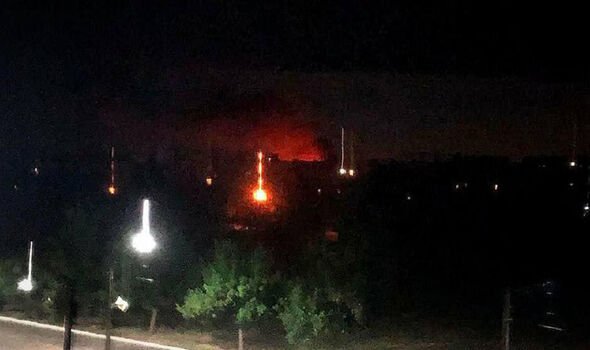 On Wednesday, Vadim Denysenko, a senior official in the Ukrainian Interior Ministry, said that in the past two weeks the armed forces had been able to destroy over twenty Russian military targets, “above all thanks to the weapons that Ukraine [has] received”.

He added that these strikes “will certainly affect the intensity of fire” Putin’s floundering forces can bring to bear.

Stratcom also revealed that air strikes from Ukrainian aircraft successfully destroyed as many as thirty Russian military targets – including both men and equipment – in Izyum and Donetsk.

It noted this brought the number of successful strikes on Russian military installations to 1,700 since the invasion began in February – however, this has not been independently verified. 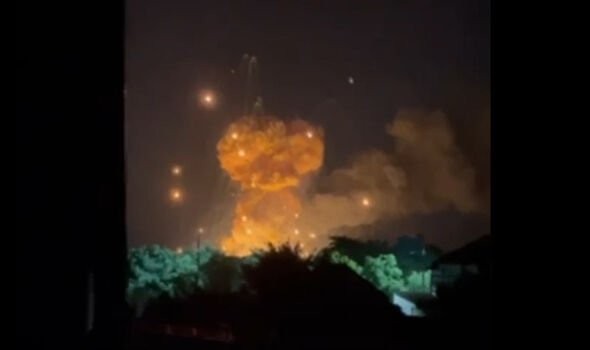 Despite the devastating impact on occupying Russian forces that Western missiles were having, intelligence suggests Putin’s propaganda machine is heavily downplaying their efficacy.

In June, the Russian despot suggested that the US-made HIMARS would be ineffective as the Russian military “already had similar systems of Soviet and Russian production”.

However, Ukrainian military experts told Stratcom that Russian bloggers had begun to see the missiles as a “miracle weapon” for their precision, “provoking panic”.

Russian propaganda has explained the strikes by variably saying that Ukrainian forces were hitting civilian populations while claiming the missiles are easily picked off by Russian air defences. 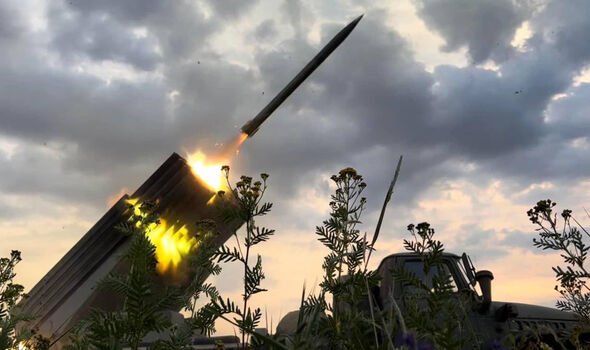 In an effort to explain the successful hit on Nova Kakhovka this week, state media suggested that an American satellite “pretended that it was jammed in order to adjust the HIMARS strikes on ammunition depots”.

The inability to defend its own strategic targets in Ukraine speaks to the deep issues the invading Russian forces have had since the invasion began.

Putin’s military abandoned plans to occupy the entire country a few months into the war, pulling troops back from the capital, Kyiv, to focus on the southern and eastern fronts.

But this renewed focus has been met with a Ukrainian counter-attack, which has made use of Western missiles to further disrupt Russian supplies.

In an intelligence briefing earlier today (Friday), the UK Ministry of Defence stated: “The ageing vehicles, weapons, and Soviet-era tactics used by Russian forces do not lend themselves to quickly regaining or building momentum unless used in overwhelming mass – which Russia is currently unable to bring to bear.”