Russia 'flexing its muscles' in waters off UK warns Carter

General Sir Nick Carter also said that China is rapidly developing its Armed Forces and digital technology, including an alternative to America’s GPS that increases “the potential for totalitarian surveillance”. Britain’s adversaries also include North Korea and Iran, he added.

The Chief of the Defence Staff said: “Their goal is to win without going to war – to achieve their objectives by breaking our willpower, using attacks below the threshold that would prompt a war-fighting response.”

He was addressing the Royal United Services Institute (RUSI) in London just hours after Russia launched a new anti-satellite missile.

It was described by the US Space Command as a move to “weaponise space”. While RAF Air Vice Marshal Harvey Smyth, who is Director Space, UK, in the Ministry of Defence, tweeted: “This behaviour is deeply concerning.

“Consequences of miscalculations and accidents have the potential to be catastrophic.” 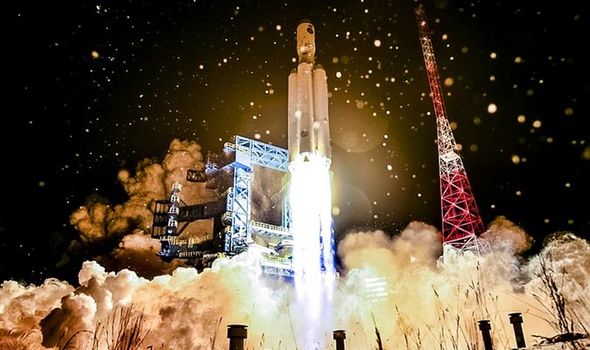 Meanwhile Sir Nick said that Russia was still “the most serious” state threat in the West.

His warning came two years after he used his annual RUSI speech to highlight the growing Russian threat.

Yesterday he told the military think-tank: “The week before last, Russia assembled 10 or so warships and combat aircraft from the Northern, Baltic and Black Sea fleets in a show of force in the waters off the British and Irish coasts.

“They are flexing their muscles in our own backyard within an ostentation they have not displayed since the Cold War. 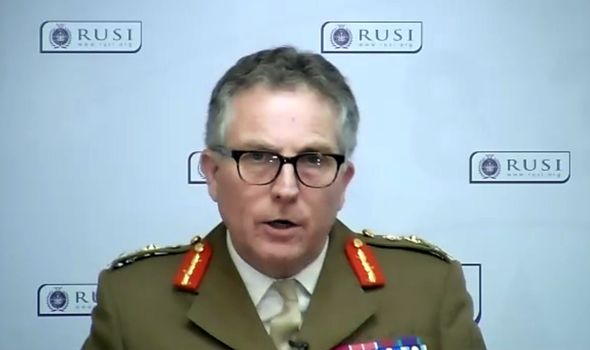 “Deterring these threats, signalling to the Russian regime that we shall not tamely acquiesce should they escalate, requires conventional hard power – warships and aircraft – as well as less conventional capabilities like cyber.

“And it requires us to hold their backyard at risk whether that’s in the Barents Sea, the High North, the Baltic or the Black Sea.”

Sir Nick then told RUSI that China is playing the “Digital Great Game” and cited its BeiDou satellite navi-gation system – a version of GPS. He said it provides more accurate coverage than GPS in 165 of 195 capital cities around the world.

British forces can expect to be deployed overseas far more in future, he added, often on training missions, as part of a strategy to strengthen and create new alliances in regions most at risk from tensions.

But Sir Nick also dismissed claims that the British Army is about to scrap its tanks in the move to hi-tech warfare. He said: “The nature of war doesn’t change. It’s always about violence, guts, people.

“When you are up against a determined opponent on the battlefield, you have to go close and personal with your enemy.

“I am afraid it’s too early to plot the demise of the tank.”