OMSK, Russia (Reuters) – Russia first treated Kremlin critic Alexei Navalny for suspected poisoning, but doctors changed their minds after six hours when laboratory tests came back that found no traces of poison in his system, one of the doctors who treated him has said. 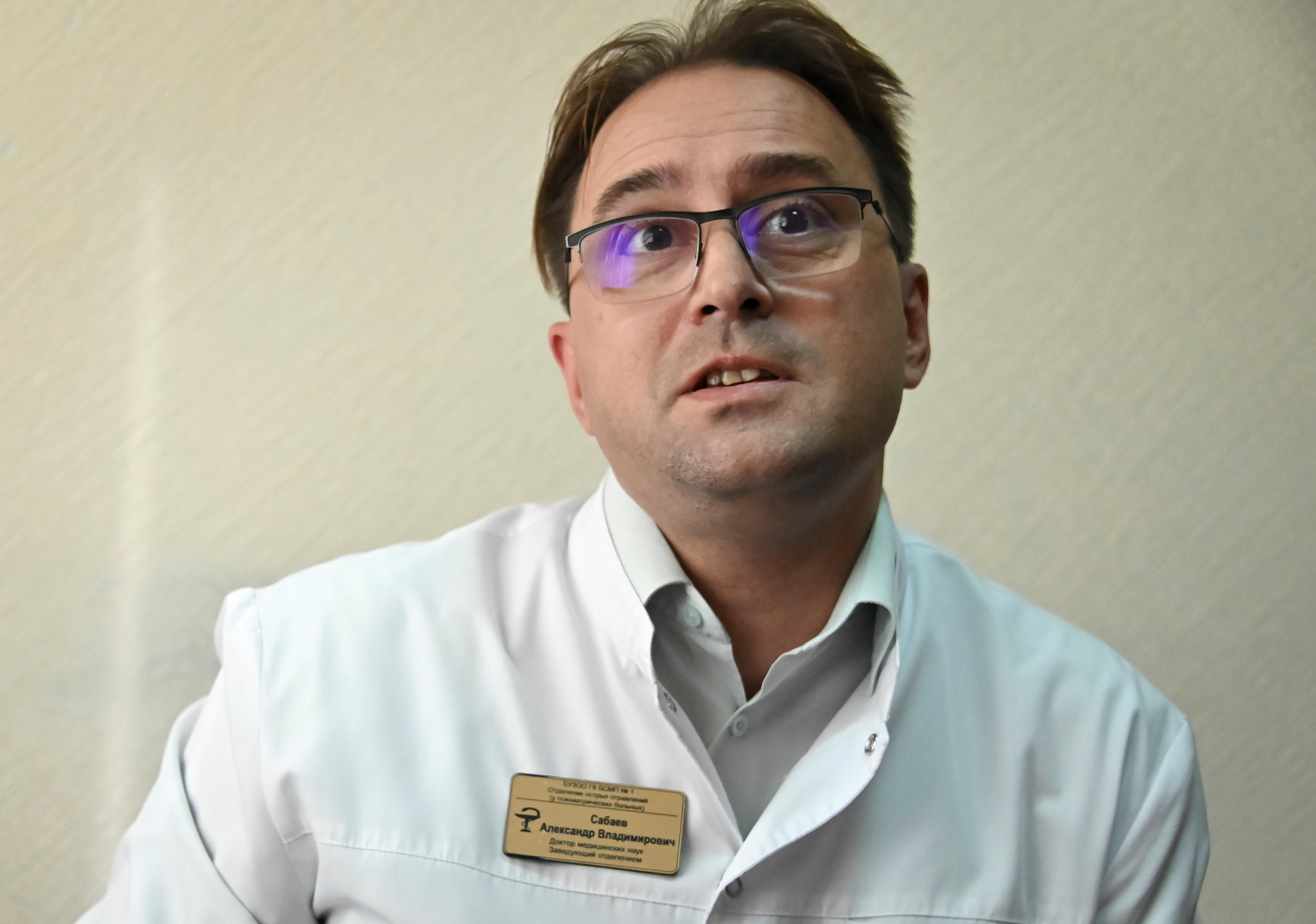 A dispute over what caused 44-year-old Navalny to collapse on a domestic Russian flight last month is straining ties between Germany, where he is now being treated, and Russia, which denies Berlin’s accusation that he was poisoned with Novichok, a Soviet-era nerve agent.

The chief toxicologist at the Siberian hospital who was the first to treat Navalny, Alexander Sabaev, said he initially suspected poisoning and that he and his colleagues treated him accordingly.

Navalny was put on a ventilator and into an induced coma and given the emergency drug atropine, Sabaev said. This is in line with usual treatments of Novichok victims, a medical source familiar with the German results told Reuters.

But Sabaev said the Russian laboratory findings were conclusive that Navalny had not been poisoned. He now believes the politician was suffering from a serious metabolic disorder.

“As a toxicologist I am sure. There was no Novichok there,” said Sabaev.

The immediate treatment Navalny received helped save his life, say two medical sources, as did the pilot’s decision to make an emergency landing in Omsk when Navalny collapsed aboard his plane on the way to Moscow.

“If the plane had not made a forced landing, Navalny would not have survived,” an Omsk-based medical source said.

Sabaev told Reuters doctors had given the politician three milligrams of atropine in his time there.

He said that was to treat a problem with his lungs.

Though Sabaev rejects the German finding, the small dose of atropine – used widely in emergency situations – was the right thing to give him even if the dose was modest and administered for different reasons.

Novichok nerve agents trigger a wave of deadly effects, including slowing heart rate, fluid on the lung and permanent nerve damage across the body. Atropine is one of the first treatments used to counteract those immediate effects.

Sabaev said he believes Navalny had a metabolic disorder, noting his blood sugar levels were four times higher than normal and that he had pancreatic problems. Other Omsk-based medical sources dispute that diagnosis.

Navalny, an outspoken opponent of Russian President Vladimir Putin, was airlifted to Germany last month after collapsing on a domestic Russian flight. Before boarding, he drank a cup of tea that his allies said was poisoned.

German Chancellor Angela Merkel has said Berlin has concluded Navalny was poisoned with Novichok, the same substance that Britain said was used against a Russian double agent and his daughter in an attack in England in 2018.

Sabaev said the hypothesis that Navalny had been poisoned was shared by the ambulance team in Omsk.

“We carried out detoxification measures since we suspected poisoning. This is infusion therapy, this is forced diuresis. This is a transfer to an artificial lung ventilator,” he said.

It was only after three sets of independent laboratory tests came back which found no traces of any poison or toxins that doctors abandoned the poisoning diagnosis, said Sabaev.

The equipment used by one of the laboratories in Omsk, which was not part of the hospital, was of “expert level”, made in the United States and technically capable of identifying Novichok if it was present, he said.

Dr Peter Chai, an emergency medicine doctor at Brigham and Women’s Hospital and an assistant professor at Harvard Medical School, said Russian doctors would have struggled to diagnose Novichok poisoning so soon into Navalny’s treatment course.

“Confirmatory testing… takes time with complex analytic techniques. This is a nuanced process and I think it may have been premature to suspect this,” he said.

Part of the problem is that there are many different versions of Novichok – most are still secret – so the exact chemical structure of the chemical agent in question might not be immediately known outside a few highly secret chemical warfare laboratories, Chai said.

Sabaev said he and his colleagues were ready to share the results of 60 tests in digital form. 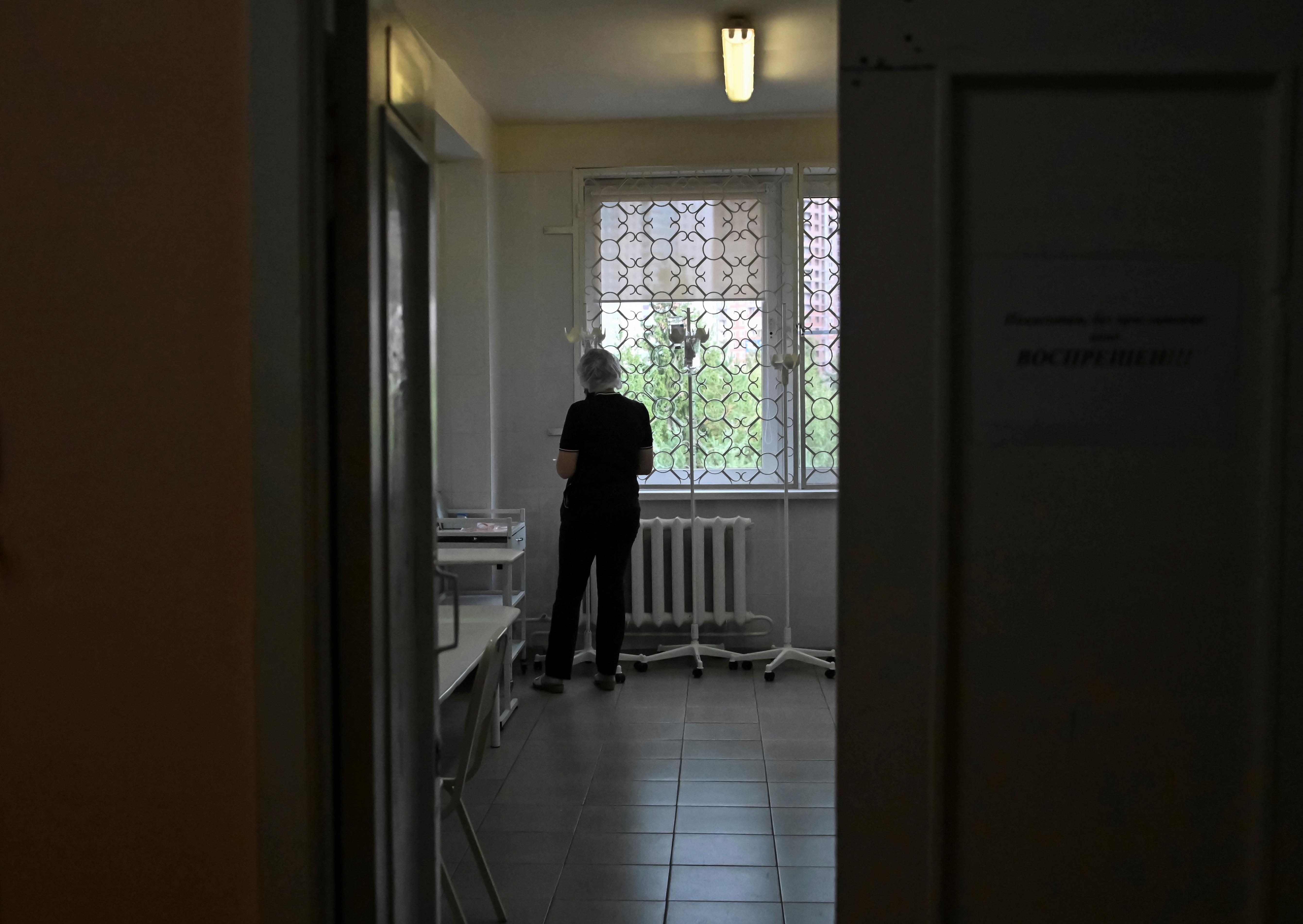 In the 2018 British case of the poisoning of Russian double agent Sergei Skripal and his daughter, traces of Novichok were found far and wide. One policeman got sick, and a woman, Dawn Sturgess, died after becoming contaminated.

Sabaev noted there were no signs that the Russian doctors who had treated Navalny had poisoning symptoms.

“Everyone is alive and well,” he said.