At this point in 2020, we deserve a shot. But before you reach for the tequila and gird yourself for the next morning, adjust your definition of “shot.”

No longer just the domain of hard-hitting, one-note shooters, shots can be complex and enjoyable in both flavor and experience. And these composed shots are to be thought of as small, fast-moving cocktails that thrive in the moment, enlivening the evening — and imbibers — one round at a time.

“Taking a shot is a rewarding way to connect even from far away,” said Natasha Bermudez, the head bartender at Llama San in Manhattan, adding, “It’s celebratory and such a bartender thing to do.”

Though many bars remain closed to the public and large gatherings continue to be unsafe, the innate festivity and connection of taking shots can still translate to the home bar. And composed shots offer the option to tinker with the A.B.V., and layer in nuanced flavor and texture.

If you’re adding more than one spirit to your shot glass, start with the simple 50/50 formula, which Ms. Bermudez deploys regularly.

“I offer single-ingredient shots when I want to showcase the spirit,” she said, “but, for a mixed shot, I usually go for a split base of amaro and a spirit like mezcal or rum.” 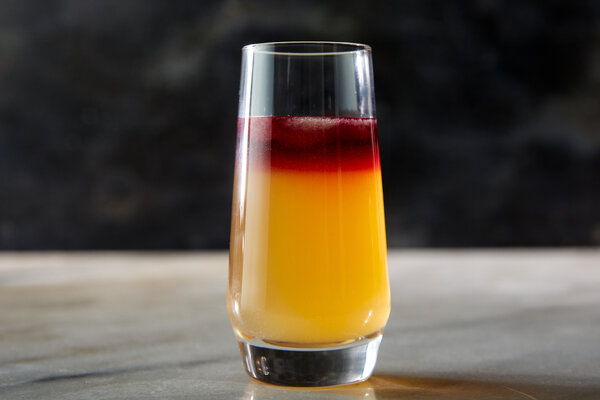 You can also look to classic cocktails for inspiration: Mixed shots, like the New York Sour Shot, are built to be as complex as the established drinks they’re named for, yet taken in one swift motion.

“For people who aren’t drinking, I often send over a shot of verjus,” Ms. Bermudez said.

While you’re updating your definition of what a shot can be, reconsider what it can be served in. Of course, you can deploy that novelty 1990s Grand Canyon shot glass, but anything diminutive in size can also be put to use. Break into your grandparents’ China, pull out flea market finds, or do as Ms. Bermudez does and repurpose a ceramic or bamboo sake or shochu vessel.

Once you’ve mixed, poured and doled out your shots, take a moment to connect. “The shot isn’t just for you,” Ms. Bermudez said. “When someone serves you a shot, they’re likely taking one with you. Look in their eyes, give a cheers and don’t take the shot before everyone else.”

Lastly, don’t save a shot solely for the end of the evening. “It’s like Champagne,” Ms. Bermudez said. “You can start or end the night with it.”

As a general rule (to follow, or not), start the night with shots lower in A.B.V., like the Bamboo Shot, and move up in A.B.V. as the night progresses — pacing yourself with ample water breaks.

Whenever you start pouring, embrace the remodeled, upgraded shot experience and raise a petite glass and a hearty cheers to the end of 2020.