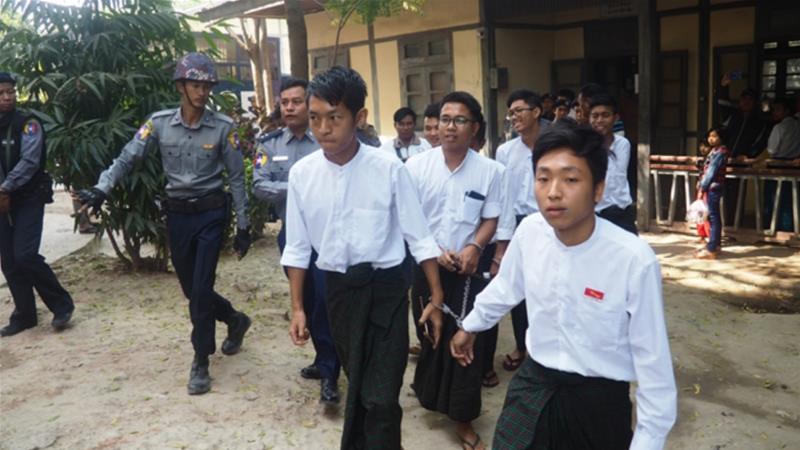 On December 28, 2018, plain-clothes police officers in Myanmar arrested three student leaders, who had protested against the authorities and called for more safety measures on campus, following a series of deaths involving university students in the country’s Mandalay region.

Instead of addressing their concerns, the Yadanabon University students were charged with illegal assembly as well as arson, for setting fire to a makeshift cardboard coffin with photos of government and university officials, during the otherwise peaceful protest.

In turn, four more students staged a separate rally demanding the release of their colleagues and they were promptly arrested and charged with the same “violations” that had earlier been brought against the three others.

All seven students were found guilty of the charges and sentenced to three months in prison in February 2019. They were released six weeks later, having served the remainder of their detentions.

Earlier, the rector of Yadanabon University had dismissed the students’ concerns over the murder of students in Mandalay saying, “We are all human. Humans can die.”

Moreover, the groups said the government has failed to provide political prisoners with “effective remedies” to address their concerns as required by international law.

At least 182 people identified as political prisoners remain behind bars.

“True democracy and freedom for activists in Myanmar is far away since the rights to freedom of assembly and expression are not guaranteed,” said Ye Wai Phyo Aung, one of the co-founders of Athan. “Instead, the civilian government continues to shrink the space for students’ activism.”

The students from Yadanabon University ended up spending more than 80 days in prison. 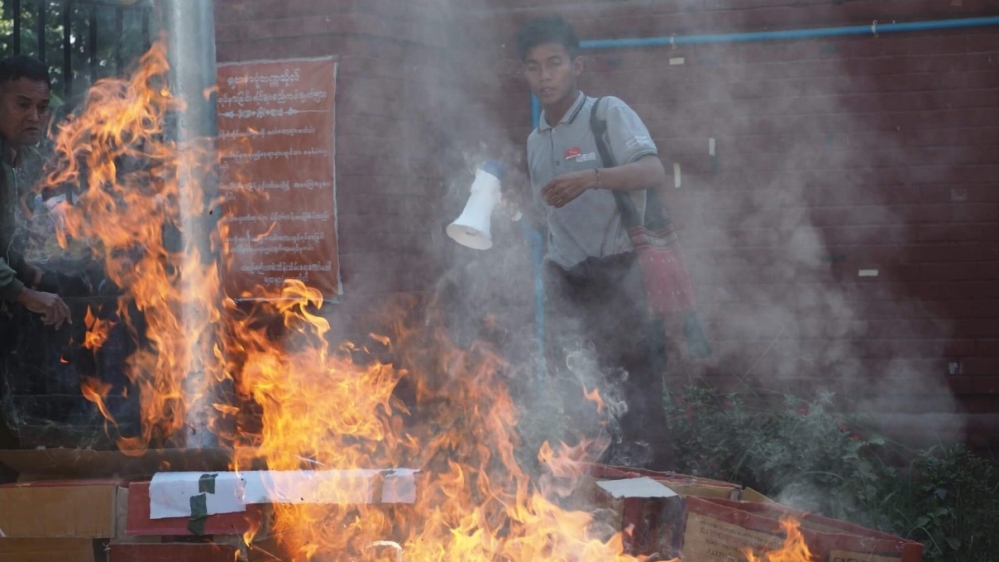 On their release, the government “failed” to provide an adequate remedy to the students or share the results of an investigation into the beatings by prison guards, Fortify Rights said.

“The government should provide remedies to those who have suffered harm, including all those wrongfully deprived of their liberty.”

Although government officials conducted an investigation into the student’s allegations of beatings in prison, at  the time of writing, the authorities have not publicly published or provided the students with a report on their findings of the investigation, despite requests by the students.