Kremlin forces suffered a critical loss in an attack by the Ukrainian 81st Airmobile Brigade.

A group of Russian 2S3 Akatsiya units were devastated by a strategic attack from Ukrainian military forces against Vladimir Putin’s invaders.

Video footage from Ukraine has shown craters in the ground following the attack, alongside the remains of a collection of Russian artillery vehicles.

The Ukrainian military brigade responsible for the destruction made effective use of US-provisioned M777 howitzer weaponry to attack the Kremlin’s military.

America has officially pledged to provide the Ukrainian defence with 108 155mm M777 howitzers along with 90 tactical vehicles to tow this weaponry.

In addition, the US has agreed to supply over 220,000 155mm artillery rounds to be used by the ground forces operating the howitzers.

In several US Department of Defense statements throughout June, America steadily increased the provision of howitzer weaponry as the artillery proved to suit the needs of the Ukrainian defence.

President Zelensky has thanked US officials for the provision of military aid as he said he was “grateful” for the American package of support and asserted that advanced weaponry such as the howitzer ground towed units were “especially important for our defence.” 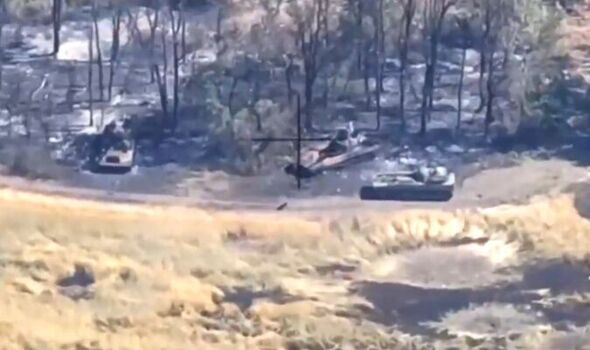 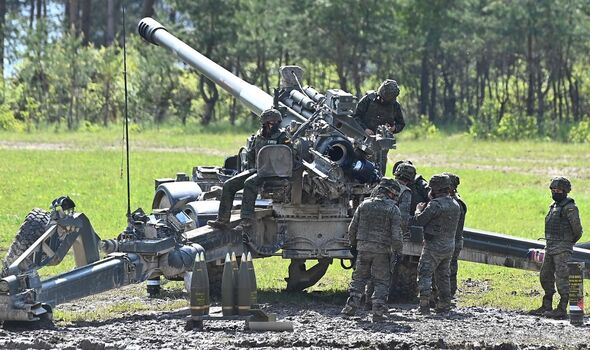 By comparison, the Kremlin is reportedly struggling to maintain adequate supply of artillery to the frontline invading forces in Russia’s absence of international alliances.

According to intelligence from the conflict, Putin’s forces have been recorded operating increasingly outdated equipment as military supplies grow sparse.

The 2S3 Akatsiya units destroyed in the video are Soviet self-propelled guns which first entered service in the 1970s.

The Kremlin has reportedly grown increasingly reliant on dated Soviet weaponry to pursue the conflict as Russian military forces have struggled to establish reliable supply routes from Moscow.

Read more: British Army: How much UK spends on defence 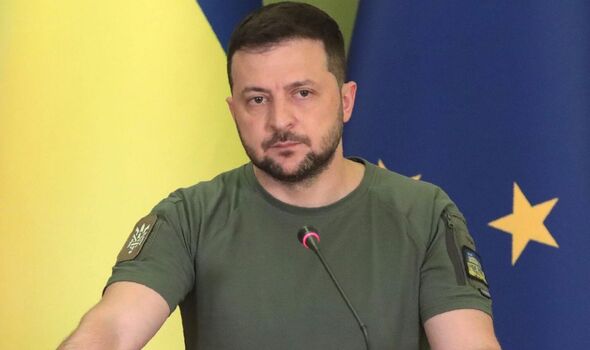 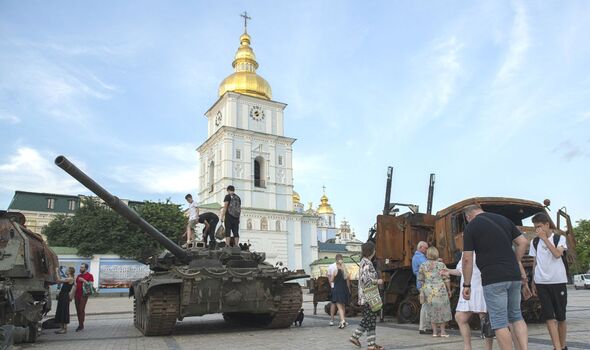 The UK Ministry of Defence has warned Russia’s reliance on outdated weapons could result in further Ukrainian civilian casualties as missile strikes and other attacks become less accurate in the absence of modern systems.

A strike on the Ukrainian Kremenchuk shopping mall on Monday resulted in the death of at least 20 civilians as confirmed by Governor Dmytro Lunin.

An intelligence report said: “There is a realistic possibility the missile strike on the Kremenchuk shopping centre on 27 June 2022 was intended to hit a nearby infrastructure target. 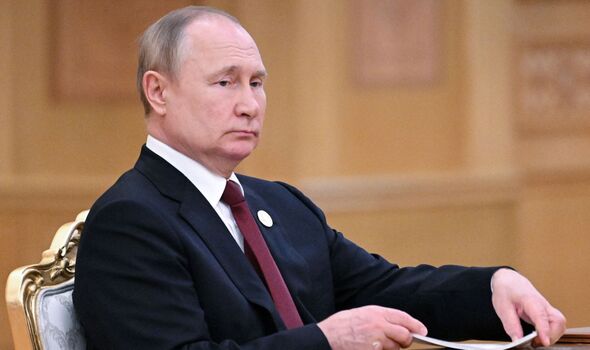 Oryx, a Dutch open-source organisation specialising in the analysis of warfare, has confirmed significant Russian losses of military equipment.

By verifying artillery through video and photo evidence from Ukraine, Oryx reports the Kremlin has lost 4,507 pieces of military equipment and vehicles since the outbreak of the war.

By comparison, the same data source suggests the Ukrainian military has only lost 1197 pieces of equipment and vehicles in addition to being strengthened by the provision of foreign military aid.