MOSCOW/NEW YORK (Reuters) – Russian President Vladimir Putin on Friday proposed a video summit with the United States, Britain, France, China, Germany and Iran in a bid to avoid “confrontation and escalation” at the United Nations, where Washington is trying to extend an arms embargo on Tehran. 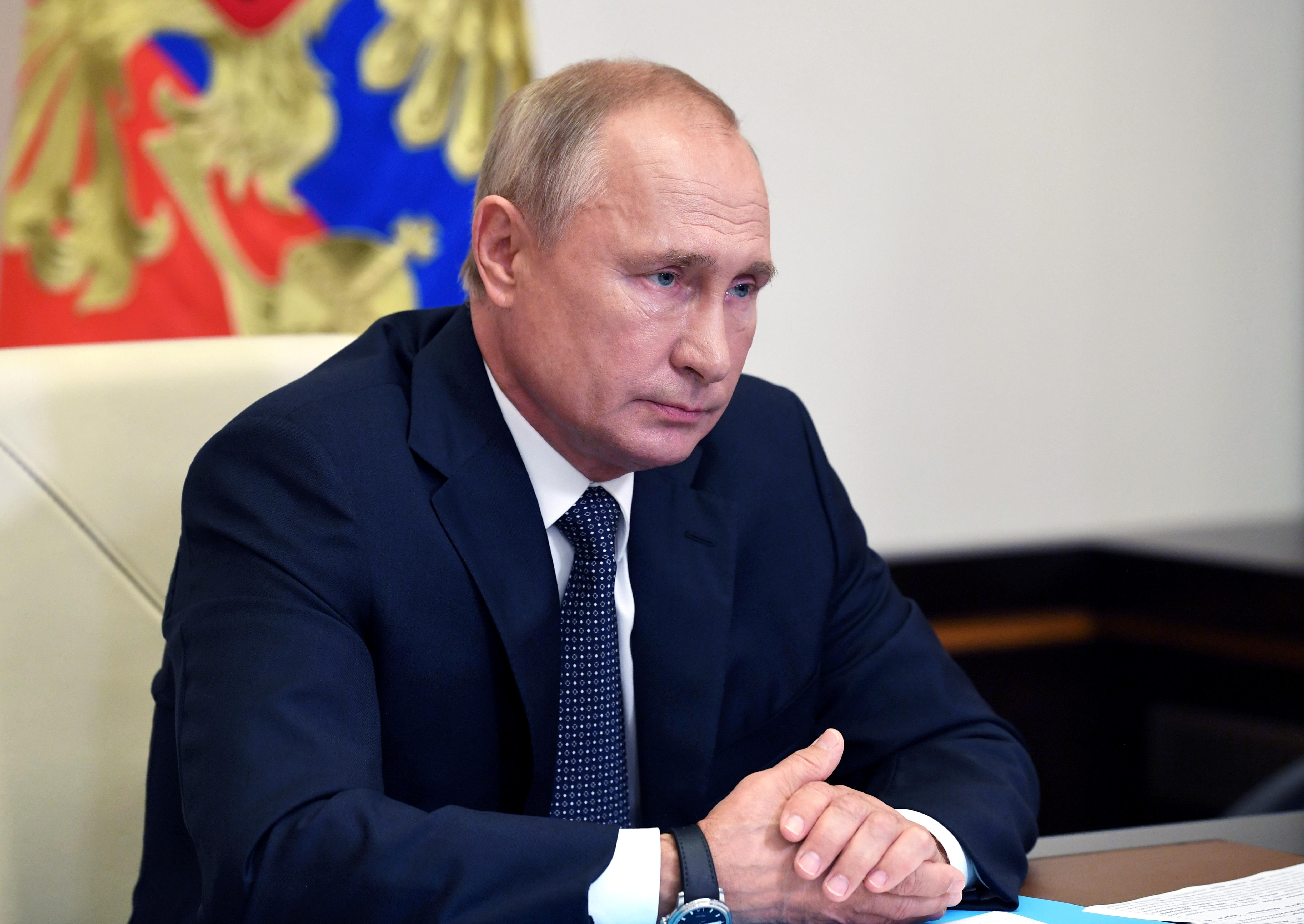 “The issue is urgent,” Putin said in a statement, adding that the alternative was “only further escalation of tensions, increasing risk of conflict – such a scenario must be avoided.”

When asked if he would take part, U.S. President Donald Trump told reporters: “I hear there’s something, but I haven’t been told of it yet.”

The 15-member U.N. Security Council will announce later on Friday the result of a vote on a U.S.-drafted resolution to extend the weapons ban. Diplomats say it is bound to fail and put the fate of a 2015 nuclear deal between Iran and world powers further at risk.

If the United States is unsuccessful it has threatened to trigger a return of all U.N. sanctions on Iran using a provision in the nuclear deal, known as snapback, even though Washington quit the accord in 2018. Diplomats say the United States could try to do this as early as next week.

Putin said Russia, which is an ally of Iran in the Syrian civil war, remained fully committed to the nuclear deal and that the aim of a video summit would be “to outline steps that will allow to avoid confrontation and escalation of the situation in the security council.”

He also said leaders could discuss establishing “reliable security and confidence building measures in the Persian Gulf” adding that this could be “achieved if we combine the political will and constructive approach of all our states and the states in the region.”

U.S. President Donald Trump wants to negotiate a new deal with Iran that would prevent it from both developing nuclear weapons and curb its activities in the region and elsewhere. He dubbed the 2015 nuclear deal – reached by the Obama administration – “the worst deal ever.”

The 13-year-old arms embargo is due to expire in October under the accord that prevents Tehran from developing nuclear weapons in return for sanctions relief.

Diplomats warn that if the United States triggers a sanctions snapback the process would be tough and messy. They say several countries would argue that Washington legally could not activate a return of sanctions and therefore simply would not reimpose the measures on Iran themselves.