CIUDAD JUAREZ, Mexico (Reuters) – A spate of suspected coronavirus deaths among workers for U.S. companies operating along the border in Mexico has triggered multiple protests in recent days, highlighting friction over which factories should remain open in the pandemic. 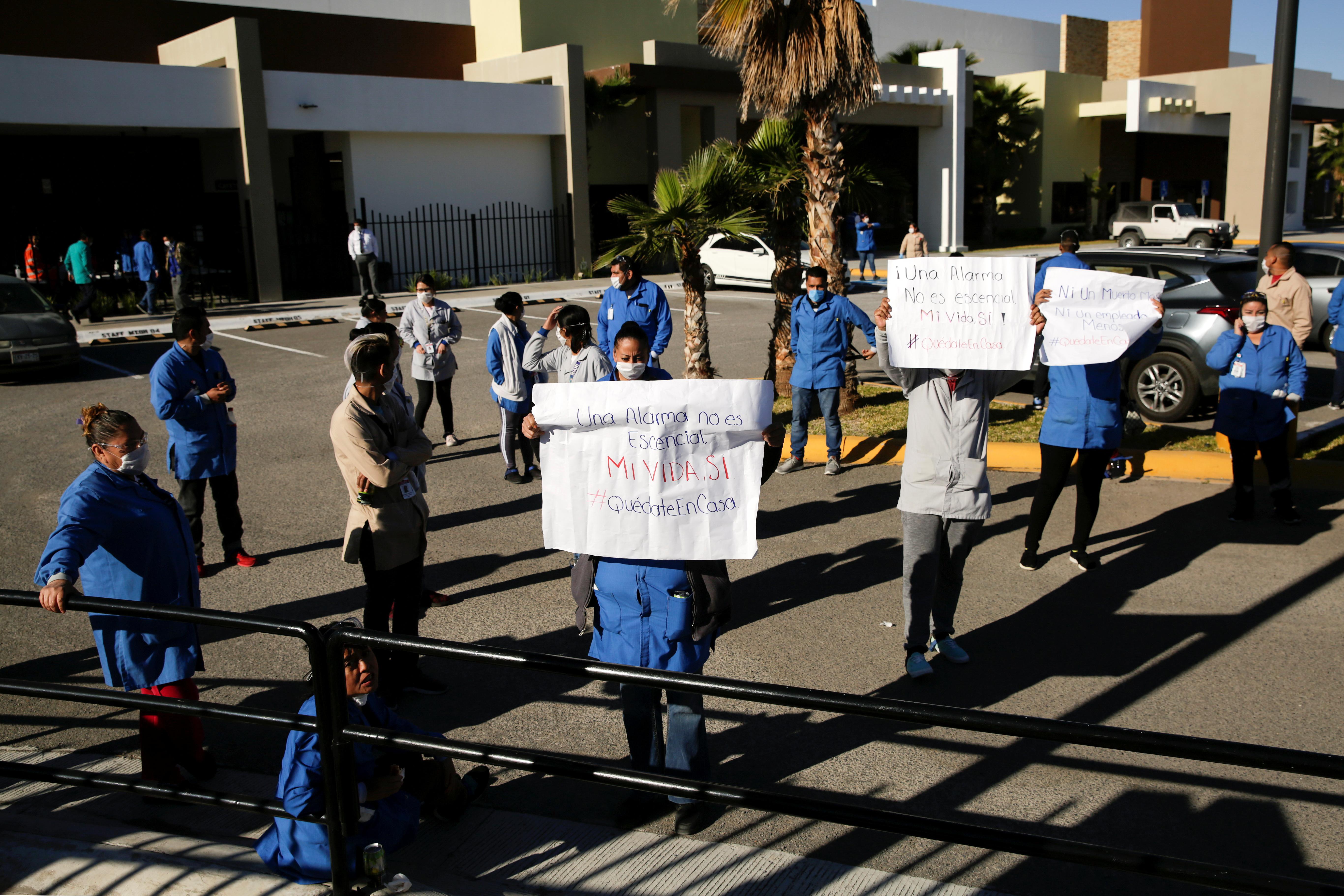 At least four workers at American companies’ factories in Mexican border towns died this week, companies and workers said on Thursday, adding to several factory worker fatalities apparently linked to cases of the new coronavirus since the start of April.

Workers at Honeywell International Inc, Lear Corporation, Regal Beloit and Poly have all died in recent weeks, according to the companies.

Protests calling for safe conditions or shutdowns with full pay outside factories have taken place in border cities Mexicali, Matamoros, Reynosa and Tijuana after the Mexican government on March 30 ordered non-essential industries to suspend operations.

On Thursday, dozens of protesters demanded a Honeywell assembly plant in Ciudad Juarez be closed to prevent the spread of the virus after a colleague died.

“We want them to respect the quarantine,” said Mario Cesar Gonzalez outside the Honeywell factory, which he said makes smoke alarms. “The manager said that we are essential workers. I don’t think an alarm is essential.”

Honeywell told Reuters its Ademco factory makes heating and ventilation controls for critical infrastructures such as hospitals and laboratories and said the worker died after being sent to self-quarantine on April 2.

Also in Juarez, electric motor company Regal Beloit confirmed two workers died this week after being sent home in early April in compliance with measures to prevent the spread of the virus.

Car seat maker Lear confirmed “several” of its workers had died at a public hospital in the same city this month of respiratory illnesses.

In Tijuana, workers protested after the deaths of two colleagues employed by technology company Poly this week. The company, also known as Plantronics, told Reuters the workers died of unknown causes.

Lockdowns aimed at stopping the spread of the coronavirus are beginning to disrupt supply chains in the $1.2 trillion North American Free Trade Agreement region, with governments and companies disagreeing about which industries should operate.

A report from labor rights group the Border Committee of Workers (CFO) on Wednesday said some companies sent employees home on half salaries. Mexico has not yet implemented a universal payment system for furloughed or laid-off workers, but gives some loan assistance.

The report also criticized conditions, saying some factories did not have soap in bathrooms or in dining hall sinks at the end of March.

The government is investigating why 15% of companies with non-essential activities had refused to stop work, deputy health minister Hugo Lopez-Gatell said on Wednesday, warning failure to comply could be a crime.

Although COVID-19 – the illness caused by the coronavirus – had not been confirmed as the cause of the death of its worker, Honeywell said the worker was turned away from the site after failing a medical screening.

The company did not give the date of the death, but said it closed the factory two days for cleaning after the worker went into quarantine.

Lear said in a statement to Reuters several employees at its Ciudad Juarez operations had died of complications from respiratory illness, but declined to say how many.

It said it halted all employee-related activities in the city by April 1.

Poly, a California-based maker of communications gear, told Reuters one of the workers who died had not been at the plant in 30 days.

However, Poly said it had suspended operations at the plant in Tijuana, a manufacturing hub across from San Diego that has registered 271 cases of coronavirus. 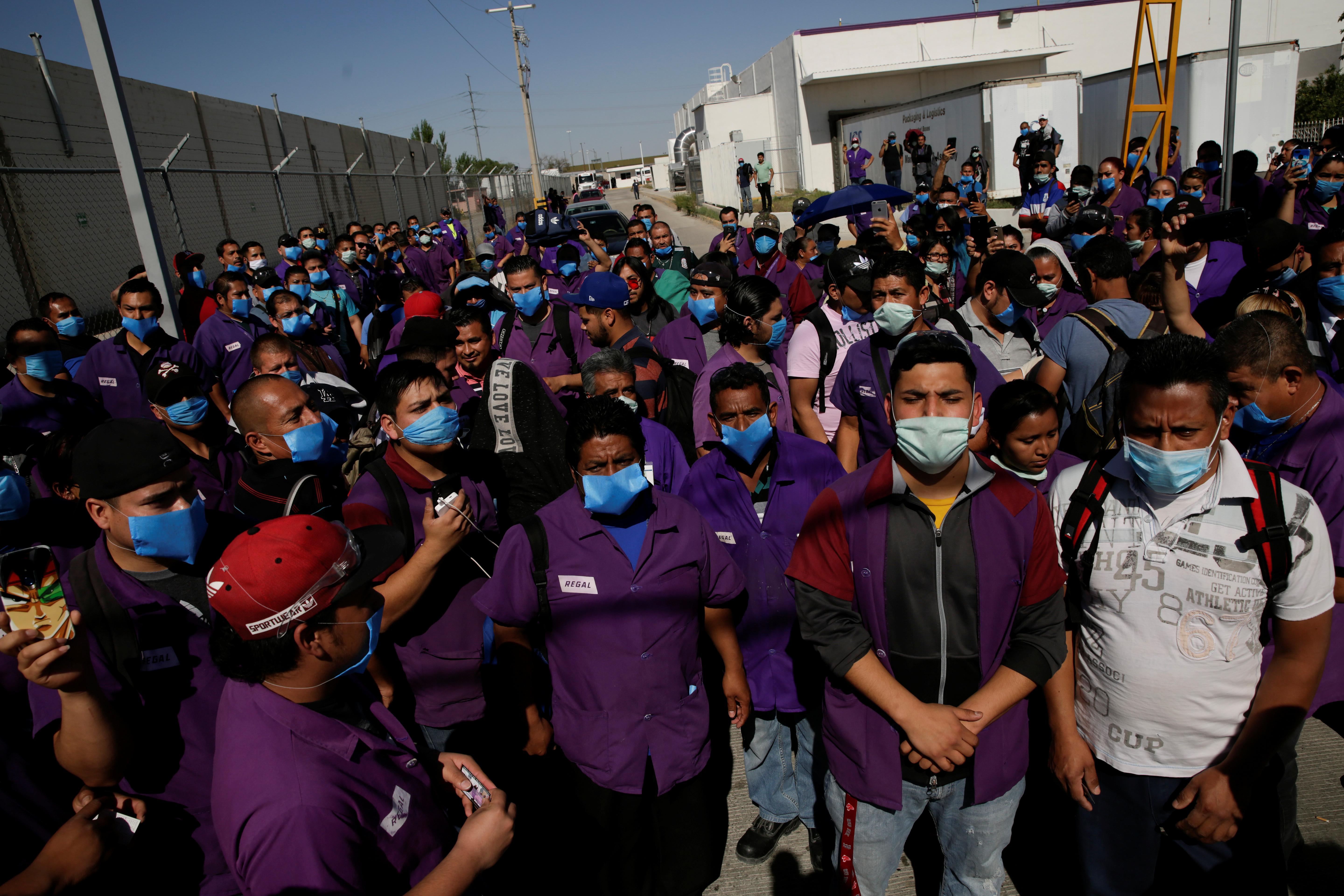 A 23-year-old Poly worker in Tijuana told Reuters she was told to stay home this week, but her husband is still going to work at another company that makes steel materials.

“There’s no use in me staying home, if he’s still putting himself at risk,” said the woman, who declined to be named, fearing retribution. “We’re having a really bad time. We’re going to work in great fear.”