The Prince of Wales has spoken of his “profound connection to Greece” as he paid tribute to the country where his father was born almost 100 years ago.

Prince Charles and the Duchess of Cornwall arrived in Athens for a two day visit, only the second overseas royal tour since the start of the pandemic.

Speaking at an official state dinner hosted by the President of the Hellenic Republic, Katerina Sakellaropoulou, Charles said: “My wife and I could not be more delighted to be back in Greece, which has long held the most special place in my heart. 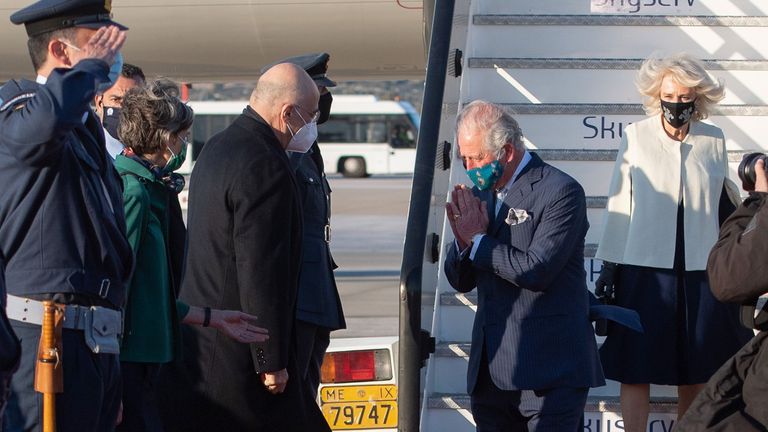 “After all, Greece is the land of my grandfather; and of my father’s birth, nearly one hundred years ago, in the centenary year of Greek Independence.

“Later, it was in Athens that my dear grandmother, Princess Alice, during the dark years of Nazi occupation, sheltered a Jewish family – an act for which in Israel she is counted as ‘Righteous Among The Nations’.”

Prince Philip was born a prince of Greece and Denmark on the Greek island of Corfu, in 1921. The duke, who turns 100 in June, returned to Windsor Castle last week after spending 28 nights in hospital.

Prince Charles and Camilla were asked to attend the Bicentenary Independence Day celebrations in Athens on behalf of the UK government.

During his speech the heir to the throne also hailed the “strong and vital” ties between the UK and Greece, especially as the world recovers from the COVID-19 pandemic, as the “stakes could hardly be higher”.

He said “As we all work to rebuild our societies and our economies from this year of previously unimaginable upheaval, and to set our world on a more sustainable path, perhaps we can take some inspiration from the courage, determination and ambition of 1821.

“Once again, the stakes could hardly be higher. The choices we make will determine the fate not only of our nations, but of this singular planet which we all share.”

Earlier on Wednesday evening, Charles and Camilla attended the official opening of the National Gallery in Athens, shown around by Prime Minister Mitsotakis and his wife. 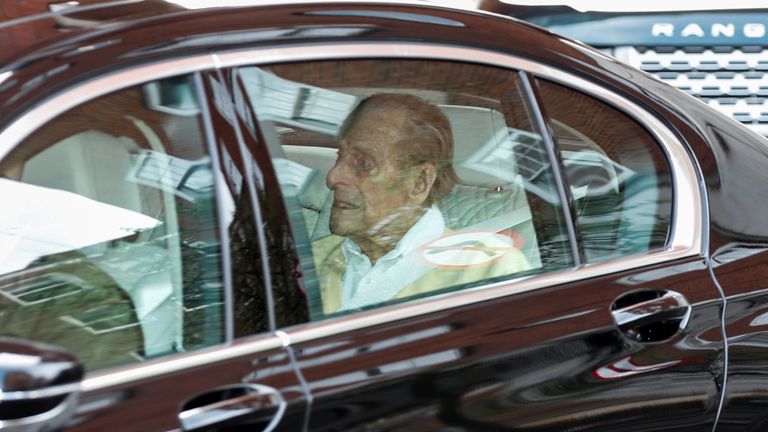 With hand-shaking still ruled out due to the COVID-19 pandemic, Charles was seen explaining to people that rather than handshakes he now greets people with a namaste welcome, clasping his hands together and bowing his head.

On Thursday, the couple will attend a wreath laying at the Memorial of the Unknown Soldier and watch the Independence Day Military Parade which marks Greece’s uprising against the Ottoman Empire in 1821. Events have been significantly scaled back due to the pandemic.