LISBON (Reuters) – Hundreds gathered in Portugal’s capital Lisbon on Friday to celebrate Labour Day, observing strict social distancing rules in a smaller-than-usual event to show solidarity with those left jobless due to the coronavirus outbreak. 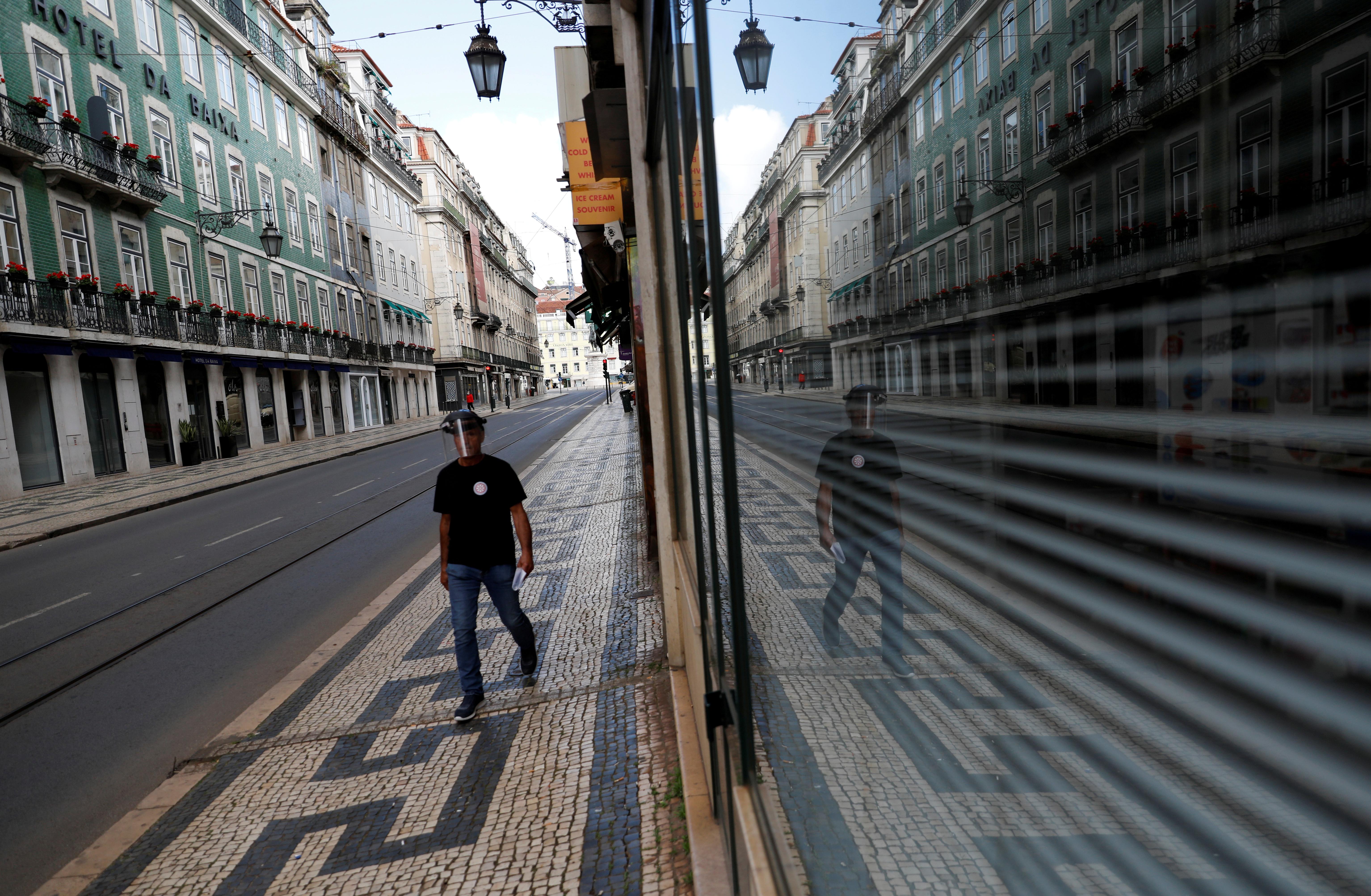 Many wore face masks and waved trade union flags as they were asked to line up three meters apart in rows across a large green open area of the city centre.

Usually, thousands of people from across the country march through Lisbon’s streets on May 1 in a protest demanding more rights, but lockdown rules in place since mid-March forced the organisers, workers’ union CGTP, to adapt to a new reality.

This year, CGTP was granted special government permission to stage the event and used red and white barrier tape to mark exactly where participants, nearly all Lisbon residents, could stand.

“This Labour Day is different from the others. The golden rule is to respect social distancing,” CGTP blasted through speakers during the event, which focused this year on those hit the hardest by the economic consequences of the coronavirus.

Around one in five workers in Portugal has been laid off since the pandemic, with unemployment skyrocketing to 380,832 people, or 6.4% – and just 10,000 below its peak during the global financial crisis in 2008.

“We know this virus kills but we often forget there are workers who had their lives destroyed because they lost jobs and wages,” Communist Party leader Jeronimo de Sousa told reporters at the event.

Portugal has so far reported 25,351 coronavirus cases and 1,007 deaths. On Monday it will gradually start to lift its lockdown as part of a sector-by-sector plan announced on Thursday by Prime Minister Antonio Costa.

But the unemployment rate, which had been falling for several years as Portugal slowly recovered from a severe debt crisis, is set to soar with the International Monetary Fund forecasting it will more than double to 13.9% later this year due to the impact of the virus.

A platform launched by the Left Bloc party to track labour abuses during the pandemic has so far received more than 1,000 complaints, mostly from precarious workers – who include temporary workers and those that do not have workers’ rights – who were fired as demand slumped.

“These (precarious workers) are the first ones to be fired,” said Isabel Camarinha, head of the CGTP union.

World War 3 fears soar as satellite images show China’s mystery bunkers near India
Recent Posts
Copyright © 2020 miamiheatnation.com.
This website uses cookies to improve your user experience and to provide you with advertisements that are relevant to your interests. By continuing to browse the site you are agreeing to our use of cookies.Ok