Pope Francis has led prayers in Mosul on his tour of Iraq – a former stronghold of terror group Islamic State.

The Pope flew in by helicopter from nearby Erbil, and held mass in the decimated northern Iraqi city, where just a handful of Christian families now live.

Thousands of Christians fled the area during the IS occupation, where they were faced with conversion, death, or paying a tax for non-Muslims. 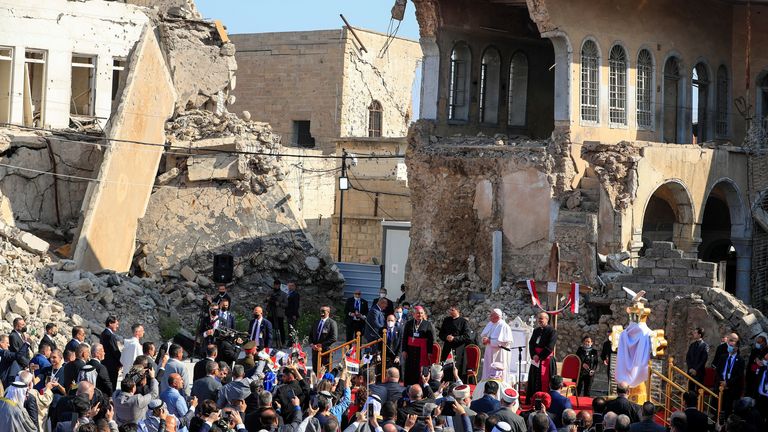 On the way to the venue, he stopped by the ruins of homes and cathedrals that had been destroyed by IS violence, to hold a moment of silence.

He then took part in the service from a once-bustling city square, surrounded by the ruins of several damaged churches, which were destroyed when IS overran the area in 2014.

“How cruel it is that this country, the cradle of civilization, should have been afflicted by so barbarous a blow, with ancient places of worship destroyed and many thousands of people – Muslims, Christians, Yazidis and others – forcibly displaced or killed,” he told the crowd.

Pope Francis added that hope could not be “silenced by the blood spilled by those who pervert the name of God to pursue paths of destruction.” 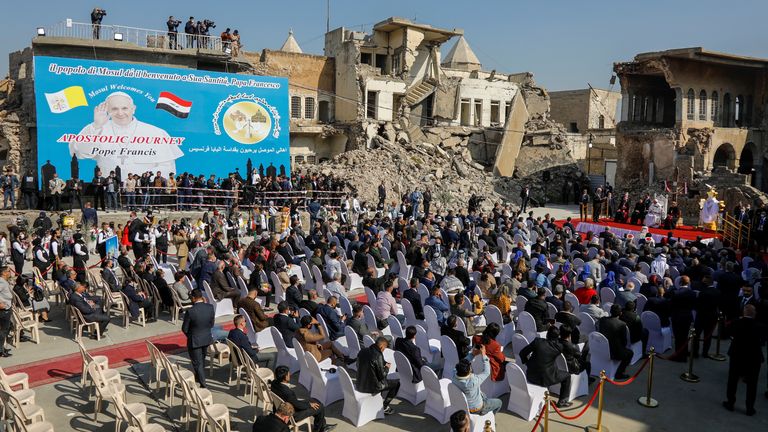 “If God is the God of love – for so he is – then it is wrong for us to hate our brothers and sisters.”

A white dove was also released by Pope Francis, to symbolise peace – a running theme for his papal visit. 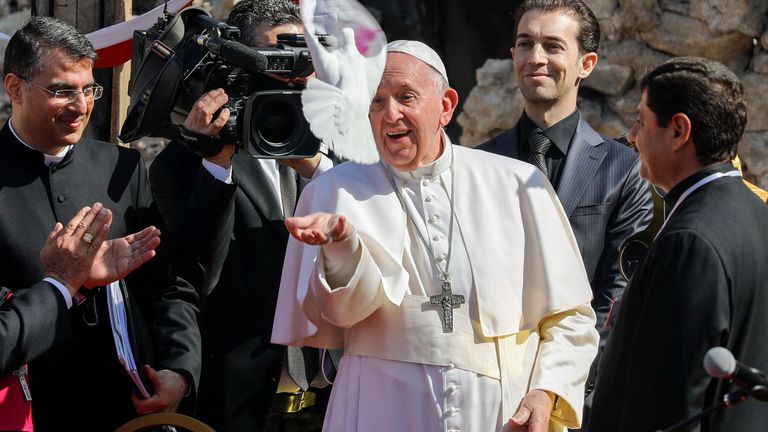 In 2014, in Mosul’s al-Nuri mosque, Abu Bakr al Baghdadi gave a sermon in an extremely rare public appearance, where he announced the IS caliphate.

Mosul was liberated in July 2017 after a brutal three-year regime of terror in the city, that left an estimated 9,000-11,000 people dead.

The Vatican hopes that Pope Francis’ appearance in Mosul will encourage Christian communities to stay in the area, despite years of violence and persecution.

The Pope visited one of the most influential Muslim leaders in the world on Saturday, Grand Ayatollah Ali al Sistani, where the men discussed the issues facing Christian communities in the country. 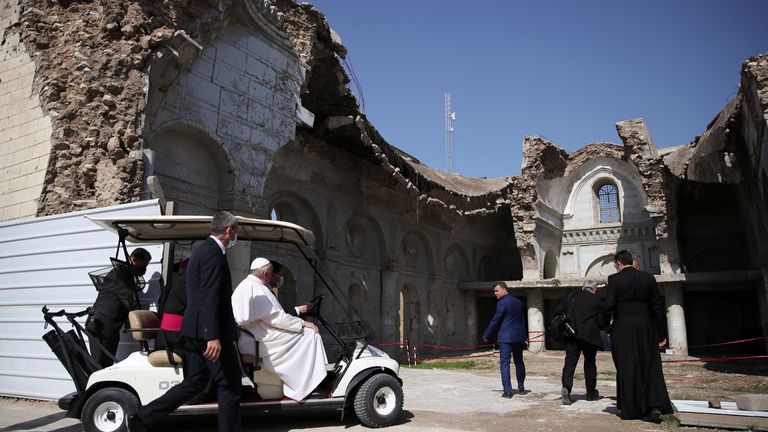 Following the meeting, Al Sistani said he wanted Muslims and Christians to coexist in Iraq, and called on other religious leaders to hold great powers to account and for wisdom and sense to prevail over war.

Later in the day, Pope Francis will travel to the Christian village of Qaraqosh, where he will visit the Immaculate Conception Church, before heading back to Erbil to hold mass in the Franso Hariri stadium.