He encouraged European leaders to nurture the values that led to the establishment of the European Union and face the consequences of the COVID-19 crisis in a spirit of harmony and cooperation. The Pope turned his thoughts to Europe “on the occasion of the 70th anniversary of the Schuman Declaration of May 9 1950”.

Governments remembered we can only protect our citizens if we work together, help each other and share

Addressing worshippers after delivering the the Regina Caeli prayer he said the Schuman Declaration “inspired the process of European integration, enabling the reconciliation of the peoples of the continent after the Second World War, and the long period of stability and peace from which we benefit today”.

EU boss Ursula von der Leyen admitted the crisis was testing the EU to the limit.

And she warned: “We have to be vigilant.” 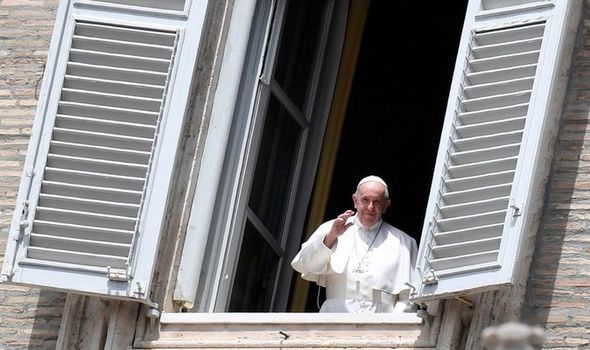 Ms von der Leyen said: “But as we see now nationalistic governments around the globe have no answers in a pandemic, which knows neither borders, nor religions, nor skin colour.

“At the beginning of the crisis, some EU member states had the reflex to withdraw onto themselves and take measures in an isolated way.

“But in the end, it was not effective and it created problems.

“So governments remembered rapidly that we can only protect our citizens if we work together, help each other and share. 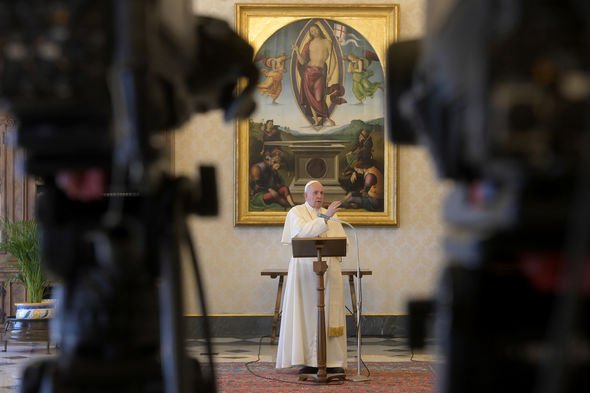 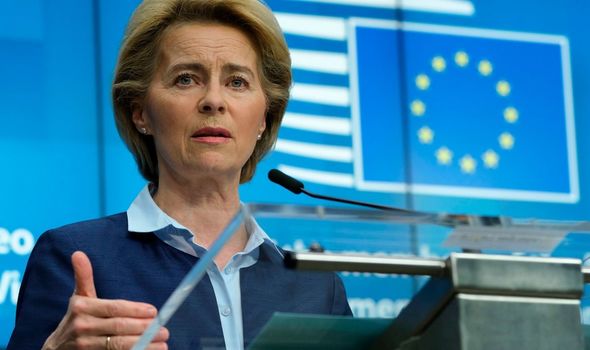 “Together, we have taken hundreds of measures in the EU to ensure that hospitals in Italy or Spain have the equipment that they need, that essential goods, such as medicines or food can rapidly reach pharmacies or shops, that workers in border regions could cross the border to reach their workplace, and that people are kept in employment.

“Acting concretely to protect people’s health and their jobs is what we have to continue doing.”

The Pope was speaking after eurozone governments gave their final approval to the first part of a 540 billion-euro rescue plan for member states hit hardest by the coronavirus pandemic.

Finance ministers of the 19-nation region signed off on the details of cheap, long-term credit lines that will be made available by the European Stability Mechanism (ESM), the bloc’s rescue fund, to countries that need cash to cover extraordinary health costs caused by the outbreak.

But it was unclear if the money will be used by Italy, the country that most needs the loans, because of its high debt-servicing costs and the severity of the outbreak there, which has killed more people than in any other European state but the UK.

Despite repeated guarantees that money would flow with no strings attached, many in Italy’s 5-Star, the largest party in the ruling coalition there, remain opposed to using ESM loans, fearing that austerity measures may be imposed on the country.