A Philippine police chief has been killed by a cockerel after a freak accident that happened while he was trying to break up an illegal cockfight.

San Jose Police Chief Lt Christian Bolok bled to death on Monday after a sharp metal blade attached to a rooster sliced an artery in his leg.

He had been part of a raid to disperse the illegal fight in Madugang village in the Northern Samar province, when he suffered the fatal injury.

According to provincial Governor Edwin Ongchuan, the victim, who was in his 30s, had tried to grab the rooster when one of its gaffs – the name for the steel blade attached to the animal’s foot – cut into his femoral artery.

He added that the blade may also have been laced with poison. 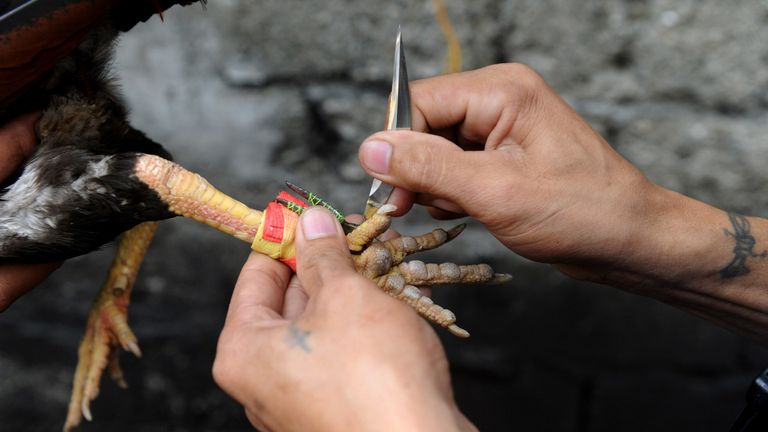 Mr Bolok and his fellow officers attempted to stem the flow of blood by using a cloth to create a tourniquet, but the governor said this may have been applied in the wrong position.

“We grieve with our provincial police in the loss of such a committed and selfless officer whose enforcement of our community quarantine regulations has cost him his life,” Mr Ongchuan said in a statement after the chief’s death.

Cockfighting is a popular past time in the Philippines, but authorities in the central province have recently been cracking down on such events since they were made illegal to stem the spread of coronavirus.

There have been 375,000 cases of COVID-19 recorded so far in the Philippines, the second-highest number in Southeast Asia.

It has also recorded at least 7,114 people dying with the disease.