JERUSALEM (Reuters) – An Israeli soldier shot dead a Palestinian on Thursday who drove deliberately at high speed towards troops in the occupied West Bank, injuring one of them, the military said. 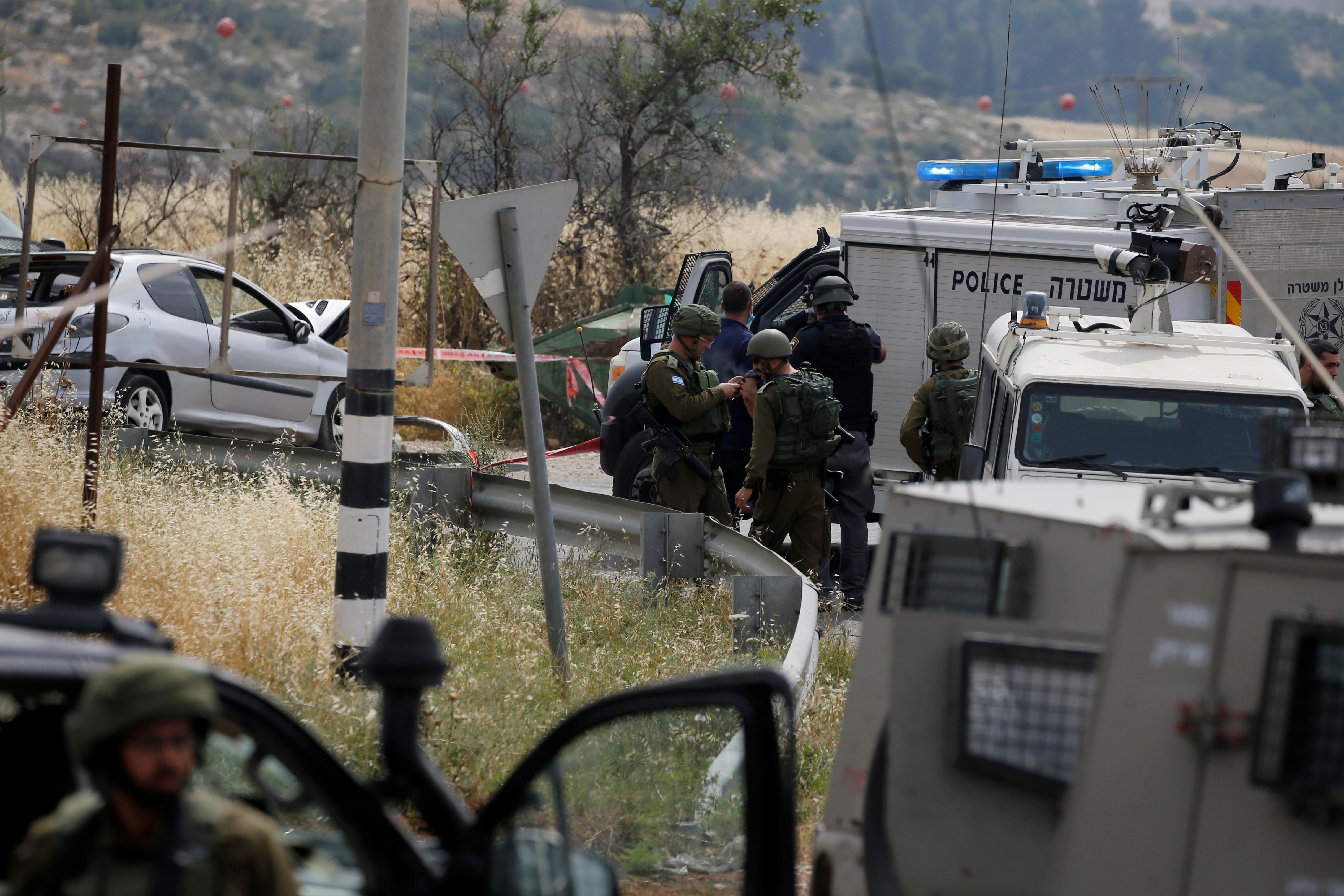 Violence has flared in the territory in the past week in the run-up to the planned inauguration later on Thursday of a new Israeli “unity” government headed by Prime Minister Benjamin Netanyahu.

Its agenda includes possible de facto annexation of Jewish settlements and the Jordan Valley in the West Bank, with cabinet deliberations on the move, vehemently opposed by the Palestinians, set to begin in July.

Palestinians seek to establish a state in the West Bank, land captured by Israel in a 1967 Middle East war, and regard Israeli settlements in the territory as illegal, as do many countries.

The military said that a vehicle driven by a Palestinian hit a soldier in a car-ramming attack at an army post outside Negohot settlement near the city of Hebron and that he was shot dead by another soldier. The injured soldier was taken to hospital.

The Palestinian Health Ministry first confirmed the driver’s death, after the military originally said only that he had been “neutralised”. There was no immediate Palestinian comment on the circumstances of the incident.

On Wednesday, Israeli soldiers shot dead a 15-year-old Palestinian in Fawwar refugee camp in the West Bank. The military said soldiers, on an arrest raid, had responded with live fire after being attacked with rocks and fire-bombs.

On Tuesday, a rock thrown from a rooftop in the West Bank village of Yabad killed an Israeli soldier taking part in an operation to detain suspected militants.

In a separate incident in the West Bank that day, a Palestinian was shot and wounded by police after he tried to stab security staff at a checkpoint, a police spokesman said.

There was no immediate official Palestinian comment on the Fawwar refugee camp or checkpoint incidents.

U.S.-backed peacemaking between Israel and the Palestinians broke down in 2014.