RIO DE JANEIRO/BRASILIA (Reuters) – As criticism has grown over President Jair Bolsonaro’s handling of the coronavirus pandemic, many Brazilians are turning to another voice for guidance and reassurance. 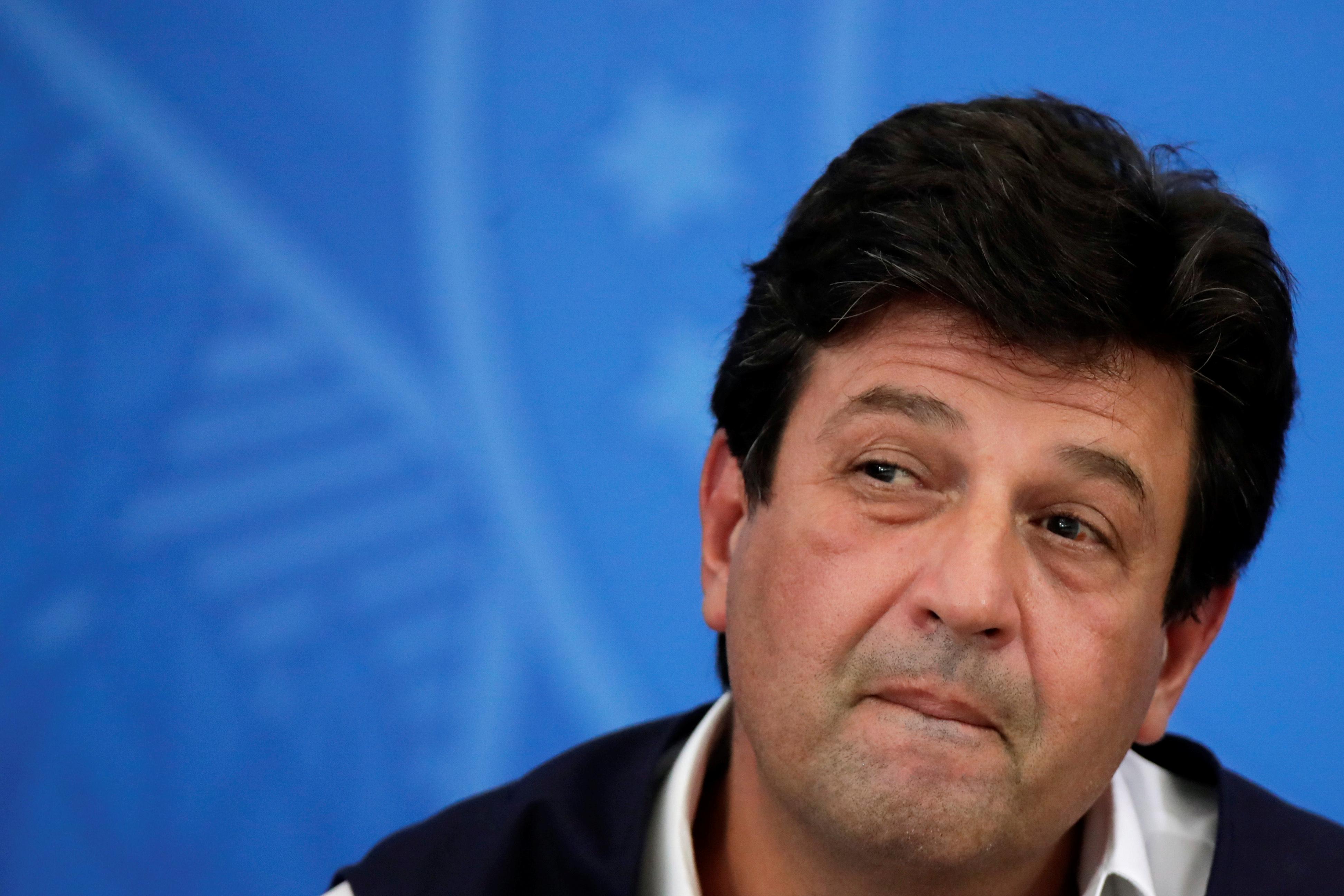 Health Minister Luiz Henrique Mandetta has emerged from relative obscurity with technocratic daily briefings presenting the latest science, stressing the need for social distancing measures and earning praise from across the political spectrum.

The contrast with Bolsonaro – a right-wing populist who has attacked governors for lockdowns that are causing job losses and played down the threat of what he calls “a little flu” – has been striking.

A former federal lawmaker from the same party as the leaders of both houses of Congress, Mandetta plays up his background as doctor and health official, but allies say his political savvy also make him an important counterweight in the cabinet.

His rise has not gone unnoticed. Tensions boiled over in a tense meeting at the presidential residence over the weekend, according to sources, and on Tuesday Bolsonaro was visibly irked by questions about Mandetta.

“Nobody should forget that I’m the president,” he said.

This week, Bolsonaro replaced the Health Ministry briefings, which had been carried live on several TV networks for weeks, in favor of a news conference at the presidential palace where Mandetta is one of a half dozen ministers, often speaking last.

“Mandetta comes out of this crisis much stronger than when he went into it,” said Efraim Filho, the head of Mandetta’s Democrats party in the lower house. “Now he has the admiration and the respect of a big slice of society that goes beyond ideological lines.”

Just 35% of Brazilians called Bolsonaro’s handling of the coronavirus crisis “good” or “great,” according to a Datafolha survey released last week, compared to 55% support for Mandetta’s performance, in line with that of governors.

“He is an important asset for the Bolsonaro government,” said Filho, when asked about rising tensions. “Any firing or exit of Mandetta would erode support for the president.”

As his public standing has risen, the health minister has more openly contradicted Bolsonaro.

On Saturday, Mandetta warned of the dangers of chloroquine, an anti-malarial that drug Bolsonaro believes could be a cure for the COVID-19 respiratory disease caused by the coronavirus. The health ministry, Mandetta stressed, would be guided solely by science.

According to two sources, Mandetta’s frank comments came after a “harsh meeting” with Bolsonaro and other ministers in which he told the president he would not back down on recommending social distancing measures, and asked his boss to stop diminishing the danger of the virus.

Mandetta enjoys the support of various key cabinet ministers including Justice Minister Sergio Moro and Economy Minister Paulo Guedes, according to the sources and press reports.

“Now we are hit by this (coronavirus) wave … we are under the guidance of Minister Mandetta,” Guedes said in a press conference on Tuesday. “People can obey Mandetta’s social isolation orders.”

The president’s office declined to comment. The health and justice ministries did not respond to questions for this story.

A former doctor and health secretary for the city of Campo Grande, Mandetta became a federal lawmaker in 2010. Hailing from the soy-producing state of Mato Grosso do Sul, he has strong ties to Brazil’s powerful agribusiness sector, sources said.

During his time in Congress, he was most well-known for opposing health policies of the leftist Workers Party government, and in particular its “Mais Medicos” program which brought Cuban doctors to Brazil’s most far-flung corners.

Senator Humberto Costa, a Workers Party member who was Brazil’s health minister from 2003-2005, said he had long clashed with Mandetta due to ideological and policy differences.

Costa said it was only Bolsonaro’s “crazy” actions that had allowed Mandetta to shine. The health minister was performing an unremarkable, “rice and beans” job, he said, but it could be worse.

“If he goes, my fear is that someone worse comes next,” he said.

Those who know him said Mandetta’s emerging reputation as a straight-laced technocrat was not the full picture, adding he was more politically savvy than he appeared.

“Any citizen who is even slightly informed can see that in terms of the federal government, (Mandetta) has positioned himself as a counterpoint to the irresponsibility … of the president,” Chioro said.

“Mandetta comes out of this much stronger,” he added. “If he takes the right decisions, it could launch him into becoming a major leader of the Brazilian right.”