A toy-like robot with the country’s flag on its chest was demonstrated on state television KRT following a push for education reform and technological innovation by North Korean leader Kim Jong Un.

The 80cm-tall robot was shown moving around a classroom at a university in Pyongyang and waving its arms as it said in a female voice: “I help teach educational technology that enhances children’s intelligence.” 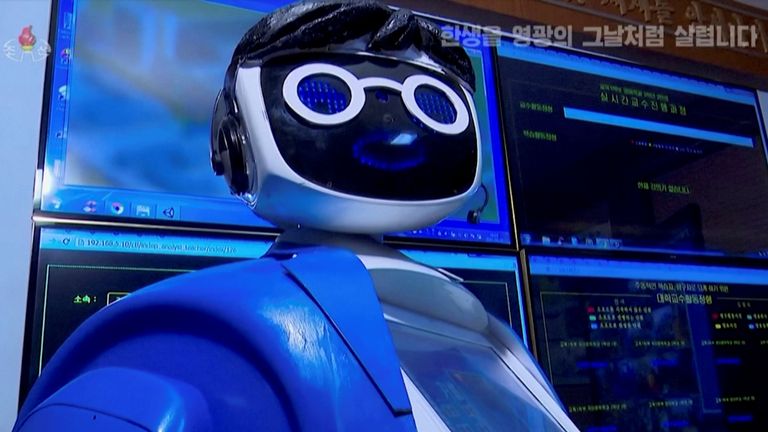 Two taller androids were also displayed: one with a smiley face on a screen embedded inside a white round head, and another wearing a blue suit and white-rimmed glasses.

Primary school students in the footage wore masks as they repeated phrases after one of the robots.

Others appeared to be using 3D design software as a robot looked on. 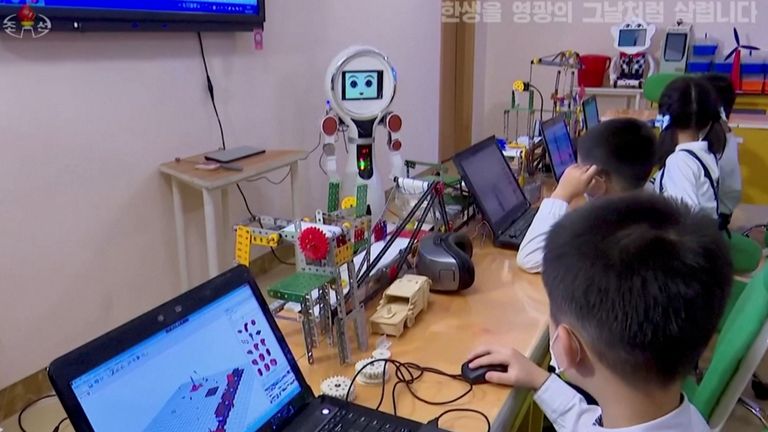 Park Kum Hee, a professor at a university in Pyongyang, told KRT there were difficulties developing the educational robots, which initially shook their heads when asked questions in Korean and foreign languages.

“Upgrading this robot’s intelligence was difficult for me as someone who majored in psychology.

“It was the words of our respected Comrade General Secretary [Kim Jong Un] on adopting artificial intelligence technology in education that has always guided me on the right track.”