Charity says it fears being target of another attack after May raid on Dasht-e-Barchi facility that left dozens dead. 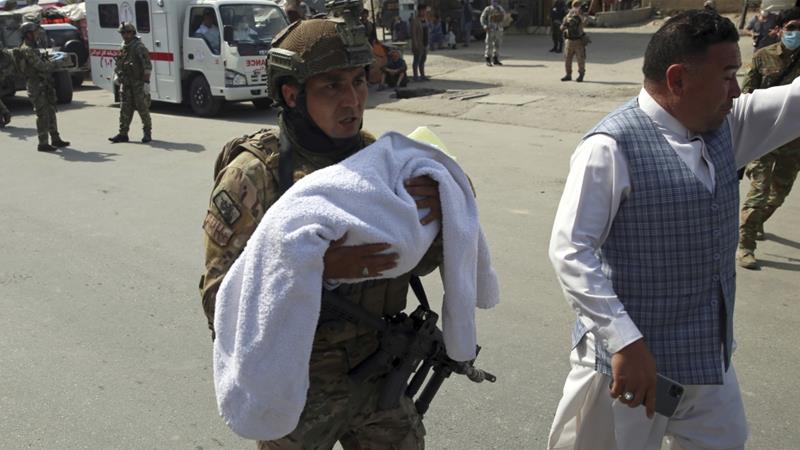 Medical charity Doctors Without Borders (Medecins Sans Frontieres, or MSF) has announced its decision to cease operations and withdraw from a hospital in Afghanistan’s capital, where gunmen last month killed at least 24 people – including mothers and young children – in an attack on a maternity ward that shocked the country.

MSF said in a statement on Monday it was “deeply concerned” that its staff and patients could be the target of another attack after the raid on Dasht-e-Barchi hospital in Kabul on May 12.

Attackers stormed the facility in a brazen daylight assault that triggered international outrage. There was no claim of responsibility.

“The decision comes with the understanding that while no information has emerged about the perpetrators or motive of the assault, mothers, babies and health staff were its deliberate target and similar attacks may repeat in the future,” MSF said, describing its move as “necessary but painful”.

Sixteen of those killed were women – 15 mothers and an MSF midwife – who were “systematically shot dead” in a raid that lasted hours, said MSF, which ran the maternity ward.

The facility was one of MSF’s biggest projects worldwide and was home to almost 16,000 deliveries in 2019 alone, the group said.

“We were aware that our presence in Dasht-e-Barchi carried risks,” said Thierry Allafort-Duverger, MSF’s general director. “But we just couldn’t believe that someone would take advantage of the absolute vulnerability of women about to give birth to exterminate them and their babies.”

He added: “Today, we have to accept reality.

“Higher walls and thicker security doors won’t prevent such horrific assaults from happening again. To remain would mean to factor such loss of human lives as [part of the equation] for our activities, and this is unconceivable.”

The hospital is in an impoverished neighbourhood of the capital largely dominated by the Shia Hazara community, and its closure is expected to affect more than a million people, according to MSF.

More than 70 MSF personnel and patients admitted into MSF healthcare programmes have been killed in Afghanistan over the past 16 years, it said.

In October 2015, an MSF hospital in the northern province of Kunduz was destroyed by a US air raid in which 42 people were killed.