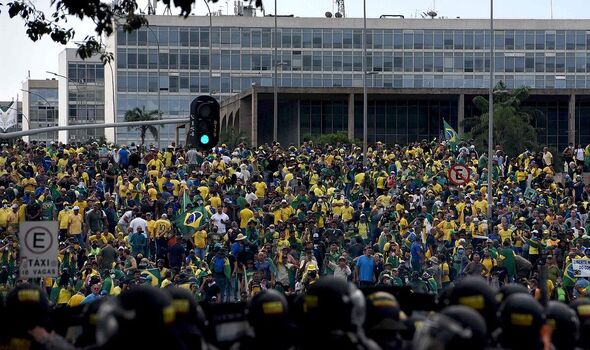 Thousands of rioters broke through police cordons in an effort to force the military – who ruled the country for 21 years until 1985 – to overthrow left-wing incumbent Luiz Inacio Lula da Silva, known as Lula. Once inside, they ransacked the Congress building as well as the presidential palace, and Supreme Court on Sunday.

Bolsonaro, branded the “Donald Trump of the Tropics”, lost the presidential election to Lula in October. He has repeatedly refused to accept his election defeat.

Lula, inaugurated a week ago, has declared emergency powers and deployed the national guard.

Bolsonaro, believed to be staying close to former US President Trump in Florida, has rejected his successor’s claims he incited the “fascist’ attack and defended the right to “peaceful protests”.