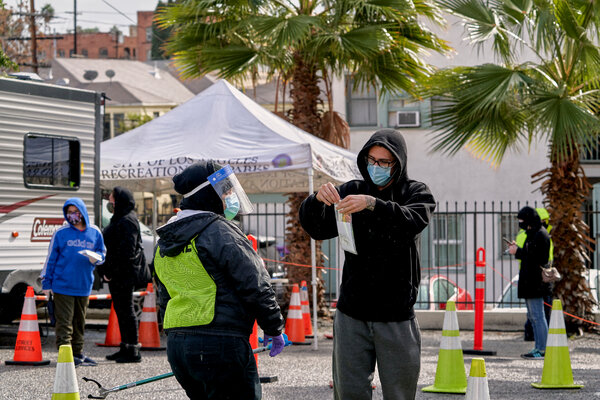 For every coronavirus infection that was recorded in the United States in mid-2020, nearly five asymptomatic cases went undetected, according to a new study by the National Institutes of Health.

The study, which was released on Tuesday, reinforced previous findings that the scope of contagion was much more widespread in the early months of the pandemic.

It also highlighted the vast gap in virus testing in many parts of the country and the disproportionately high infection rate among Black people at the time.

N.I.H. researchers estimated that there were as many as 20 million infections in the United States by mid-July 2020, far more than the three million cases that public health authorities recorded. Their findings were based on a yearlong study that began in April 2020, with researchers analyzing blood samples collected from more than 8,000 people, mostly from early May through July 31.

The study, published online in Science Translational Medicine, looked at 9,089 adults who had not been diagnosed with Covid-19 and found that about 4.6 percent of them carried antibodies suggesting that they had been infected with the coronavirus at some point. That suggested, the study said, “a potential 16.8 million undiagnosed infections by July 2020 in addition to the reported 3 million diagnosed cases in the United States.” Data released last summer by the Centers for Disease Control and Prevention similarly detailed a vast undercounting of infections.

The new study “helps account for how quickly the virus spread to all corners of the country and the globe,” Bruce J. Tromberg, director of the National Institute of Biomedical Imaging and Bioengineering, said in a statement. The institute is one of several at N.I.H. whose scientists are leading the effort to study the transmission of the virus, and it contributed to the report.

Dr. Tromberg said that the findings would help public health experts assess future measures to protect people from the coronavirus and from emerging, more transmissible variants. They also would provide more clarity for scientists who are tracking vaccine antibody-response changes over time, he said.

Among those who volunteered for the study, which was weighted for race and other factors, Black participants had the highest estimated rate of coronavirus antibodies in their blood (14.2 percent), more than five times the rate for white participants (2.5 percent).

Researchers also found that the seropositivity rate was higher in females than in males, and for the study’s youngest participants, ranging in age from 18 to 44.

“This wide gap between the known cases at the time and these asymptomatic infections has implications not only for retrospectively understanding this pandemic but for future pandemic preparedness,” Kaitlyn Sadtler, a top N.I.H. official and a senior co-author of the study, said in a statement.