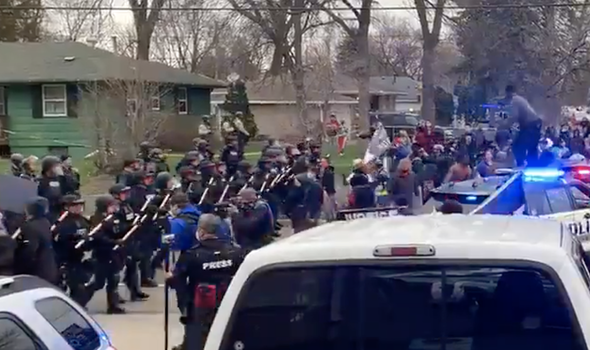 Brooklyn Centre police officers pulled over the driver, who they say had an outstanding arrest warrant, just before 2pm local time (8pm BST) on the 6300 block of Orchard Avenue. They claimed the driver then attempted to reenter their vehicle, where an officer then shot the driver, who then drove for “several blocks” before hitting another vehicle in the area of 63rd Avenue North and Kathrene Drive. Following the shooting, a crowd began to gather at the scene in Brooklyn Centre, including several people who had attended a St. Paul rally earlier in the day for the families of people killed by police. It comes a day before the the start of week three in the trial of Derek Chauvin, the now-former Minneapolis police officer charged in the death of George Floyd.