Melania Trump was caught “rolling her eyes” at Ivanka Trump as the pair exchanged a “very frosty greeting” on the stage of the Republican National Convention on Thursday. The incredible moment was caught live on camera, as Melania’s smile quickly vanished when Ivanka was out of view. The fascinating video has already recorded more than seven million views online.

Ivanka, an influential White House adviser, introduced her father and US President Donald Trump along with his wife Melania during a speech at the event on Thursday evening.

After Ivanka shared the introductory remarks for her father’s speech, she shared a brief glance with Melania while walking across the stage.

The footage shows Melania responding to the First Daughter with a smile and a nod before rolling her eyes and making a sour expression.

Social media reaction was swift, commenting: “I see that Melania and Ivanka are getting along juuuuust fine.” 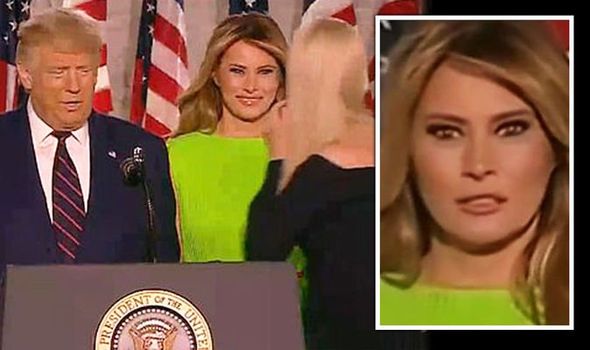 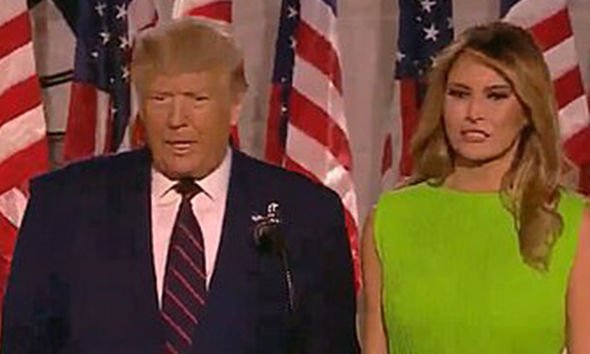 One person said: “Melania doesn’t seem to like Ivanka.”

Another asked: “Did Melania just roll her eyes at Ivanka?”

Others added: “Makes you wonder what Ivanka whispered to Melania as she passed by.”

During his speech, President Trump formally accepted his party’s nomination to take on Democrat challenger Joe Biden in the November election as he brought the four-day convention to a close. 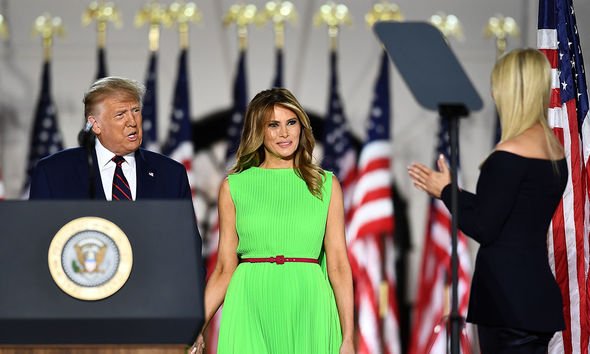 He said: “At no time before have voters faced a clearer choice between two parties, two visions, two philosophies, or two agendas.”

Donald Trump argued that the choice is between a “law and order” president and a “socialist” opposition party and “radical” candidate who will bring anarchy to the streets.

The prior exchange between Melania and Ivanka comes just hours after revelations that the First Lady was taped making derogatory remarks about both Donald Trump and Ivanka Trump. 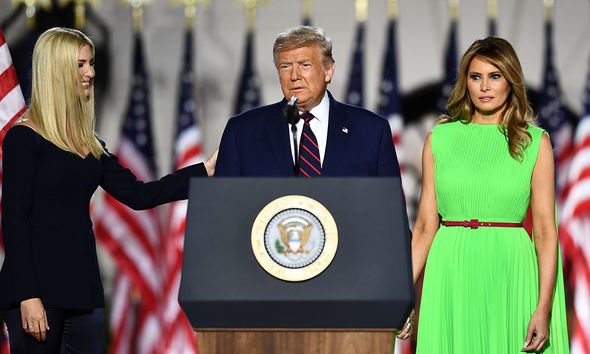 These remarks will be disclosed in her tell-all book Melania & Me.

According to the book, the First Lady even plotted ‘Operation Block Ivanka’ to prevent Ivanka from appearing in Donald Trump’s inauguration photos.

Ms Wolkoff, a long-term friend of Melania Trump, “was recruited to help produce the 58th presidential inaugu­ration and to become the first lady’s trusted adviser”.