(Reuters) – Fishermen battled on Sunday to save dozens of injured dolphins washed ashore in Mauritius where in recent days at least 40 of the animals were found dead in a lagoon near the site of an oil spill from a Japanese bulk carrier which struck a coral reef. 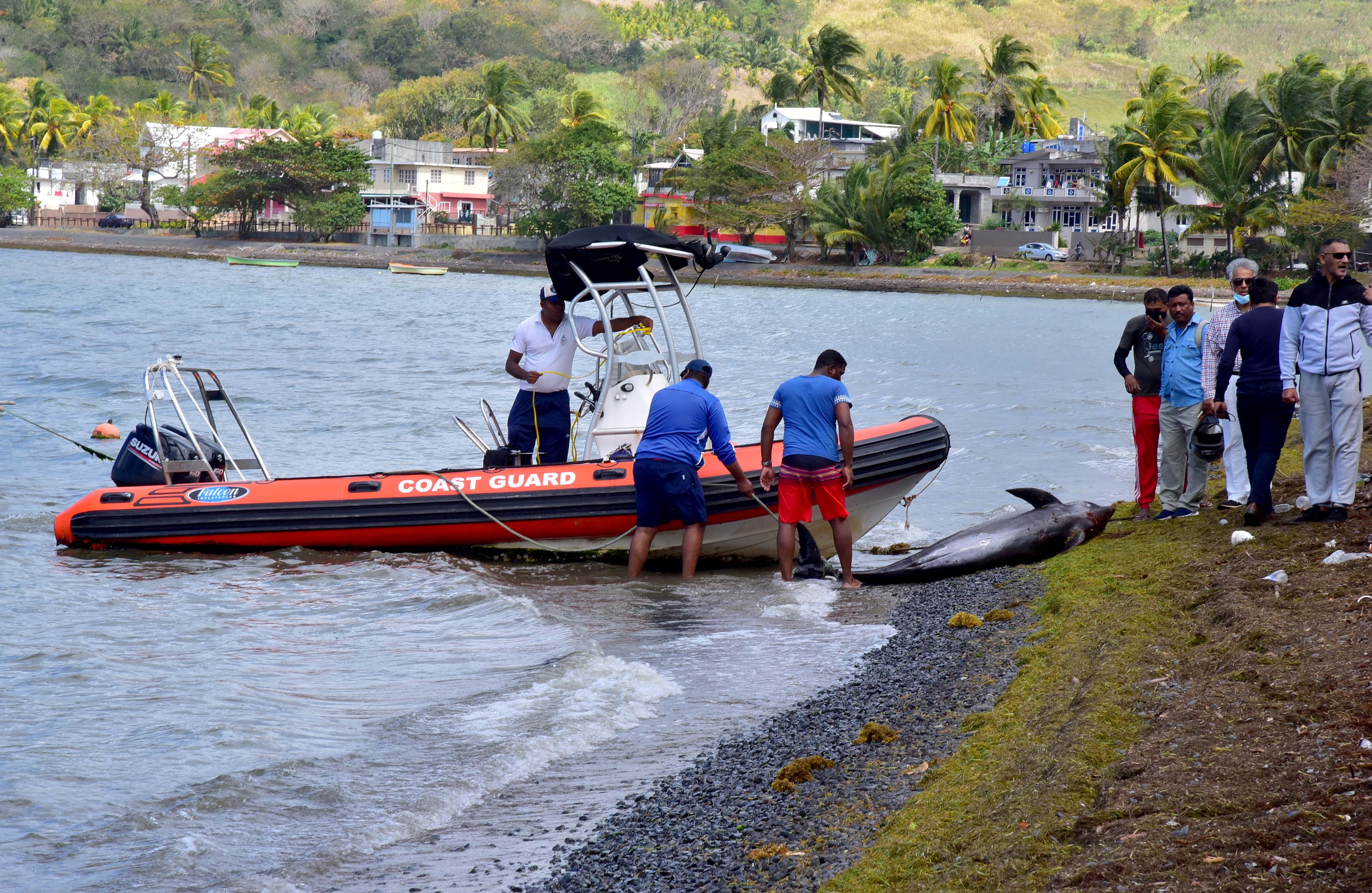 Yasfeer Heenaye, a fisherman near Pointe aux Feuilles on the island’s eastern shore, said he had counted at least 45 dead dolphins since they were first discovered on Wednesday, and said half a dozen more dolphins were in the bay fighting for their lives.

He said he believed the animals’ vision was impaired by the spilled oil, which is how they ended up on the reef where they sustained fatal injuries.

Authorities, who put the death toll at 42, ruled out this is a possibility but said on Sunday they were still investigating the cause of death.

“The preliminary autopsy report has excluded that oil played a role, however we sent some samples of the dead dolphins to La Reunion to determine why the animals couldn’t swim and their radar wasn’t functioning,” Jasvin Sok Appadu from the Fisheries Ministry said on Sunday .

So far veterinarians have examined only two of the dead dolphins, which bore signs of injury but no trace of hydrocarbons in their bodies, according to preliminary autopsy results. Autopsy results on all carcasses are expected on Monday, the official said.

Thousands of protesters peacefully demonstrated in the capital Port Louis on Saturday to demand an investigation into the oil spill and the death of the dolphins. Some called for the government to resign.

On Sunday morning Heenaye was out with seven other boats, making loud noise by hitting together metal bars in an attempt to drive the animals away from the coral reef towards the open sea.

“If they stay inside the lagoon they will die like the others…we are pushing them to go outside the lagoon, so they wont get in touch with the oil,” he said.

The full impact of the spill is still unfolding, scientists say. The Mauritius Marine Conservation Society said 15 kilometers of coastline have been affected by the spill and that it is moving towards the Blue Bay Marine park, home to 38 types of coral and 78 species of fish.

The wildlife at risk include the critically endangered Pink Pigeon, endemic to the island, the seagrasses, clownfish and mangrove forests, whose roots serve as nurseries for fish.