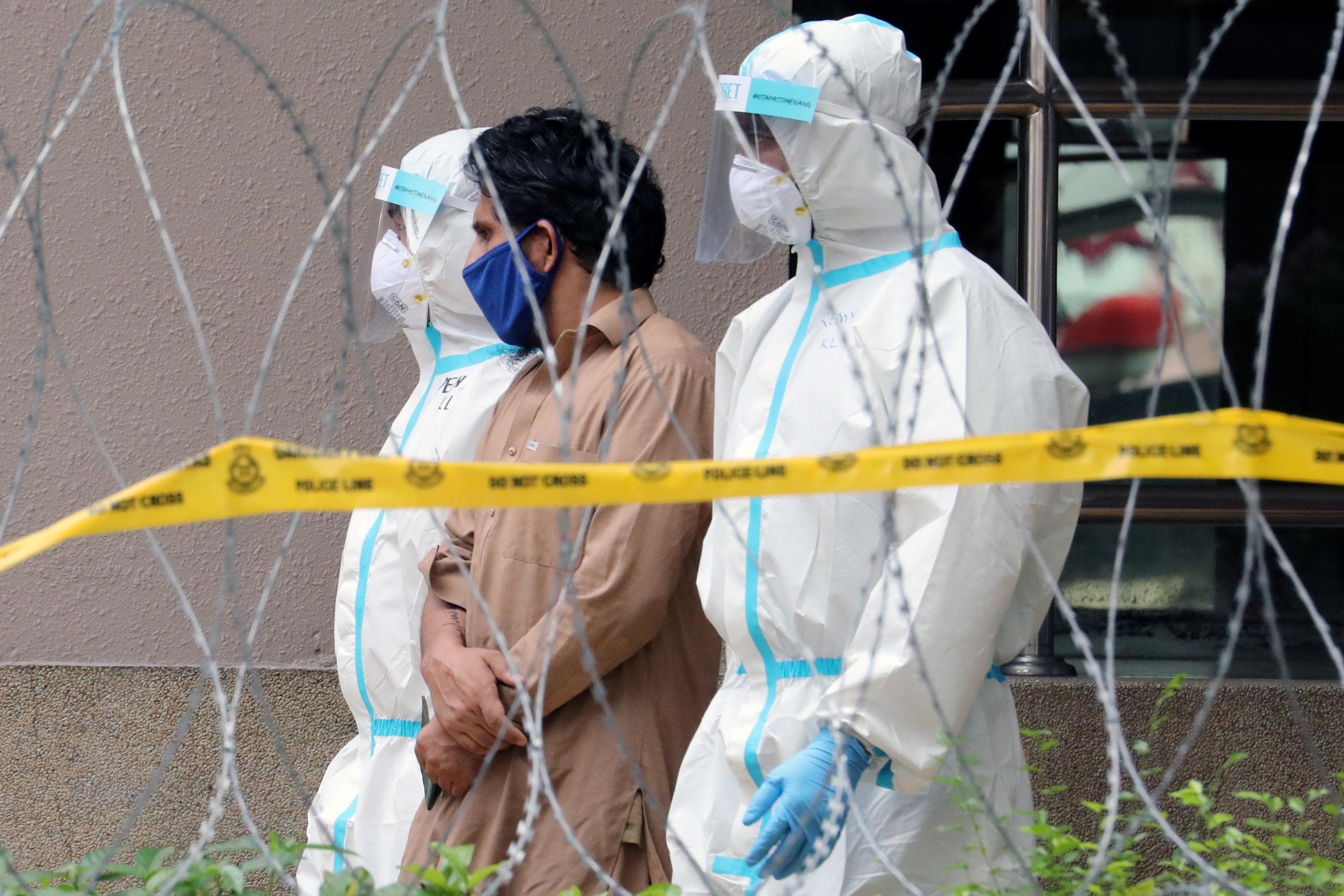 KUALA LUMPUR (Reuters) – Malaysian authorities are rounding up undocumented migrants as part of efforts to contain the spread of coronavirus, the country’s police chief said late on Friday, after hundreds of migrants and refugees were detained in the capital Kuala Lumpur.

Over 700 migrants were taken into custody, including young children and ethnic Rohingya refugees from Myanmar, during Friday’s raid in a downtown area where thousands of migrants and asylum-seekers live, rights groups had said.

The operation was aimed at preventing undocumented migrants from travelling to other areas amid movement curbs imposed to contain the spread of the outbreak, Inspector-General of Police Abdul Hamid Bador told state news agency Bernama.

“We cannot allow them to move freely… as it will be difficult for us to track them down if they leave identified locations,” Abdul Hamid was quoted as saying.

Those detained would be placed at a single location for monitoring until the movement curbs were lifted, he said according to Bernama.

The arrests followed public anger in recent days over the presence of migrant foreigners, particularly Rohingya refugees, with some in Malaysia accusing them of spreading the coronavirus and being a burden on state resources.

Malaysia has around 2 million registered foreign workers but authorities estimate many more are living in the Southeast Asian country without proper documents. Malaysia does not formally recognise refugees, regarding them as illegal migrants.