Sunshine lovers have been making the most of the hot weather in London this week as it will likely be the last spell of summer sun for a while. Temperatures have been gradually dropping throughout the week, and will reach lows of 7C this weekend. The change in weather comes as warm air from Southern Europe is replaced by cold air from the North Atlantic.

Met Office meteorologist Tom Morgan said most of the country, including London, “is now seeing a marked change in the weather”.

Mr Morgan said: “The next few days will be dominated by low pressure, with gales in the south and rain sweeping across most Parrs of the UK.

“Today has been more like Autumn with temperatures in north western areas dropping to 11C.

“There has also been a lot of rain and showers in the north, which will move south east tomorrow along with cooler air covering most of the UK by the end of the week.” 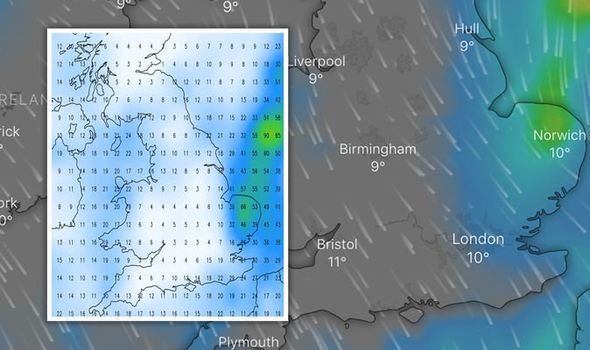 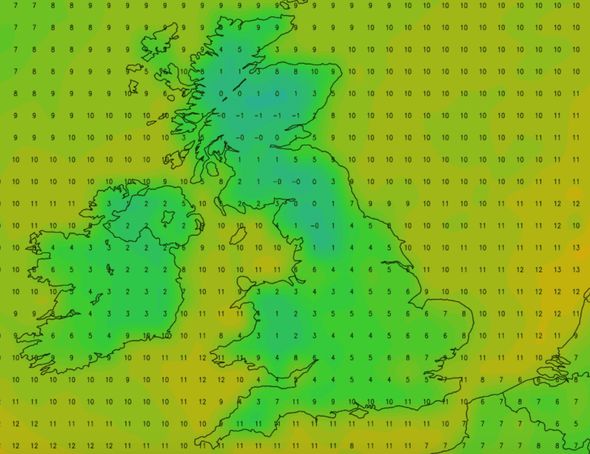 Mr Morgan added that the weekend will feel chilly for most, with south eastern and eastern coastal counties, including London, bearing the brunt of the rain.

Temperatures in London will drop to 7C on Saturday morning, before reaching highs of 13C between 1pm and 4pm.

Sunday will be slightly warmer in the capital, with the lowest temperature expected to be 9C in the morning, rising to a high of 14C in the mid-afternoon.

As the weekend kicks off on Friday, the Met Office forecast for London states: “Windy during the morning, with coastal gales and showers in the east. 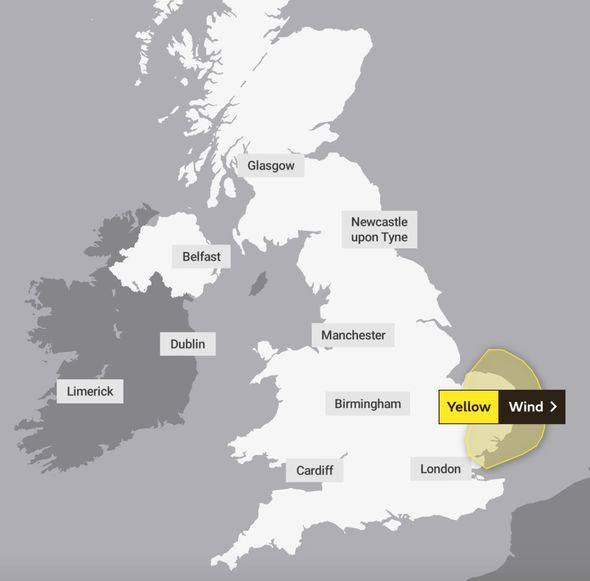 “Remaining windy with showers becoming isolated by the afternoon and sunny spells developing.”

For Saturday through to Monday, the Met Office writes: “Windy and cool Saturday with occasional showers.

“Likely cloudy with rain and strong winds Sunday. Brighter, less cold on Monday with lighter winds, but a risk of further rain.”

It comes as the Met Office has issued a yellow wind weather warning for tomorrow, Friday, September 25. 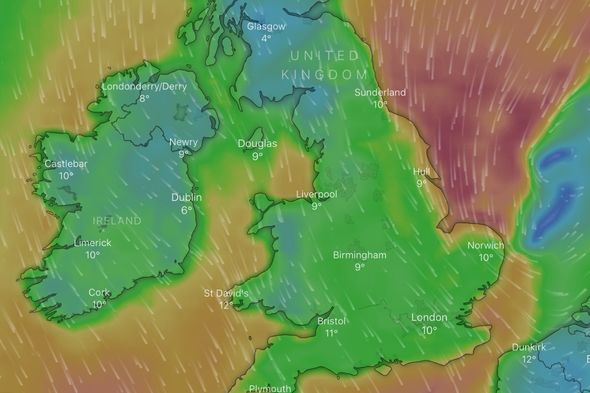 The weather warning stretches through parts of East Anglia but narrowly misses London, although some eastern parts of the city may feel the remnants of the gales.

There is likely to be disruption in the region, with power cuts and disturbance to public transport and drivers predicted.

The Yellow warning will remain in place from 9am tomorrow until midnight.

The Met Office writes: “A period of strong northerly winds is expected to develop across East Anglia on Friday morning and persist into the evening.

“Gusts of 45 to 55mph are likely at times across parts of East Anglia – including the whole of Essex, Suffolk and Norfolk – with 60-65mph gusts at times in coastal districts.

“Persistent rain may also prove an additional hazard. Strong northerly winds may lead to some disruption from Friday morning and through the evening.”

The south west of England and South Wales will also see “strong winds and gales” throughout the coming days.

Mr Morgan added: “There could be severe gales with the potential for trees to come down.”