CHENNAI (Reuters) – Toxic gas began leaking again from a LG Chem plant in southern India’s Andhra Pradesh early on Friday, an official said, triggering a wider evacuation after at least 11 people were killed following a leak at the site less than 24 hours earlier. 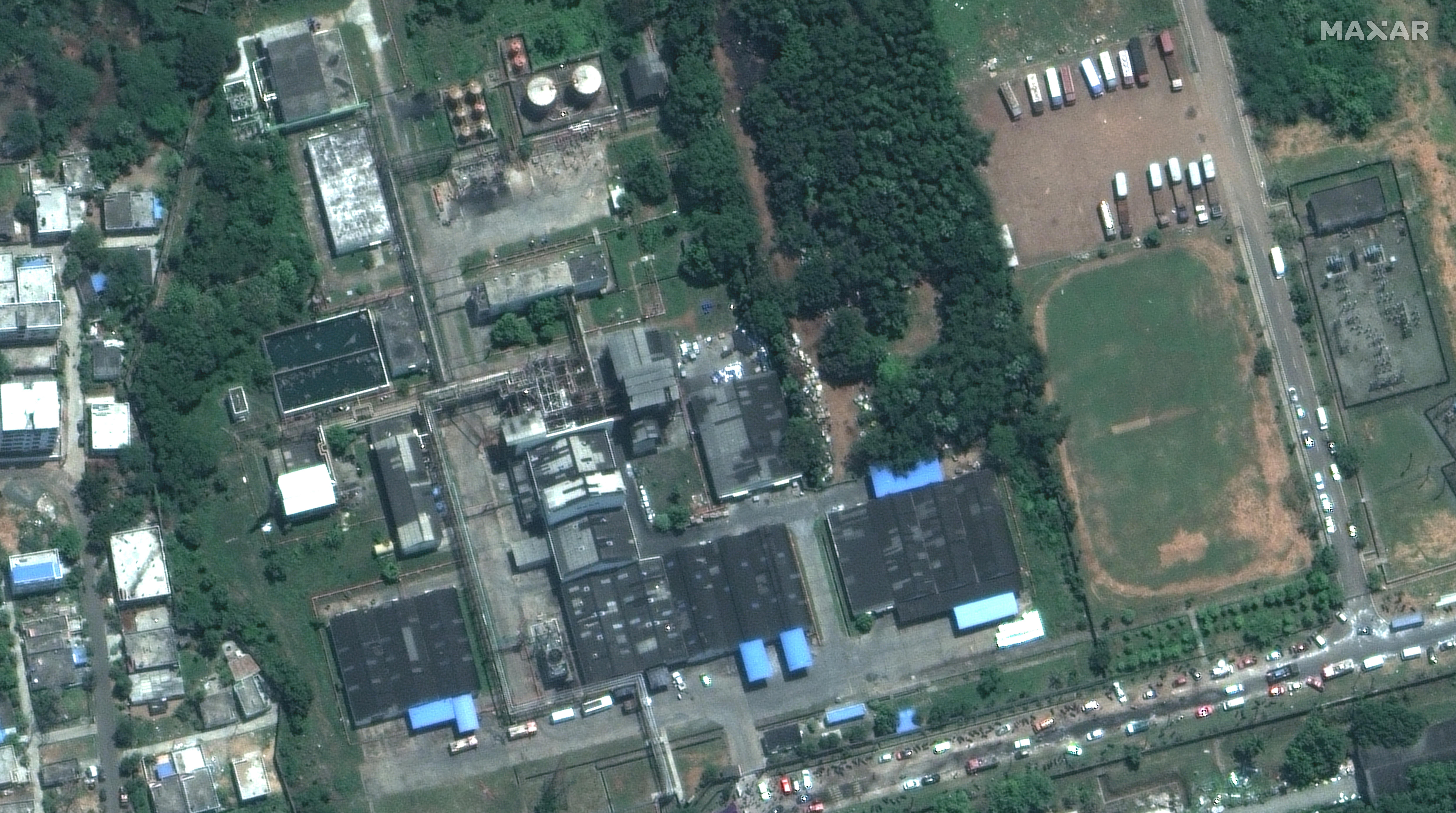 “The situation is tense,” N. Surendra Anand, a fire officer in Visakhapatnam district, where the factory is located, told Reuters, adding that people in a 5 kilometer (3.1 miles)radius of the factory were being moved out.

However, Srijana Gummalla, commissioner of the Greater Visakhapatnam Municipal Corporation, downplayed concerns surrounding vapour emanating from the plant, saying the gas coming out had been fluctuating through the day and had largely subsided.

“The evacuation being carried out is a part of safety precautions we are taking,” she told Reuters.

Around midnight, police started urging people to move out of their houses and into waiting buses, said local resident Sheikh Salim, who lives about 2.5 kms from the plant.

Hours earlier, an LG Chem spokesman in Seoul and federal authorities in New Delhi had said the leak had been contained after hundreds of people were sickened by a toxic gas early on Thursday.

A 3-km radius had been evacuated on Thursday, S.N. Pradhan, director general of the National Disaster Response Force, told reporters in New Delhi.

The factory, operated by LG Polymers, a unit of South Korea’s biggest petrochemical maker LG Chem Ltd, was in the process of reopening after a weeks-long lockdown imposed by Indian authorities to curb the spread of the novel coronavirus, local officials and the company said.

Gas from styrene, a principal raw material at the plant, leaked during the early hours of the morning, authorities said.

Andhra Pradesh Chief Minister Jagan Mohan Reddy said in a televised address on Thursday that the gas leak occurred because raw material was stored for a long period of time.