Kaing Guek Eav, the man who admitted to overseeing the mass torture and killing of thousands of Cambodians as the head of the prison system for the Khmer Rouge, has died.

Duch, as he was known. died in a Cambodian hospital on Wednesday morning after having difficulty breathing, according to a spokesperson.

He had been serving life in prison for war crimes and crimes against humanity for his role in the totalitarian political party. 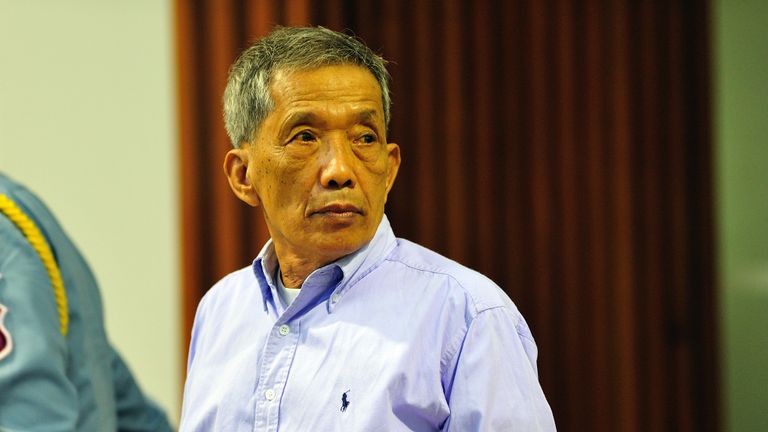 Duch became the first senior member of Khmer Rouge to face a UN backed tribunal in 2009, in its effort to deliver justice for the regime’s genocidal rule of Cambodia in the 1970s.

The commander, who ran the top-secret Tuol Sleng prison, was one of only a few of the regime’s members who even took partial responsibility for their actions.

Cambodians who were seen as enemies of the party, or anyone that disobeyed orders, were put behind bars – with only a handful surviving.

“Everyone who was arrested and sent to [the prison] was presumed dead already,” he said in April 2009.

Prisoners were beaten, whipped and shocked with electricity, Duch said at his trial, but refused to admit he took part in the torture and killing himself.

As well as killing prisoners, victims’ children were also executed, to make sure the next generation could not take vengeance on the Khmer Rouge.

Duch called himself “criminally responsible” for the deaths of babies, while blaming those who worked for him for battering young bodies against trees.

Previously a maths teacher, he joined Pol Pot’s movement in 1967, three years before a US campaign of carpet bombing began, which was an effort to take out Northern Vietnamese troops and Viet Cong inside the Cambodian border.

The Khmer Rouge took power in 1975 and quickly changed Cambodia into a peasant society, and forced people in cities into the country to work the land. 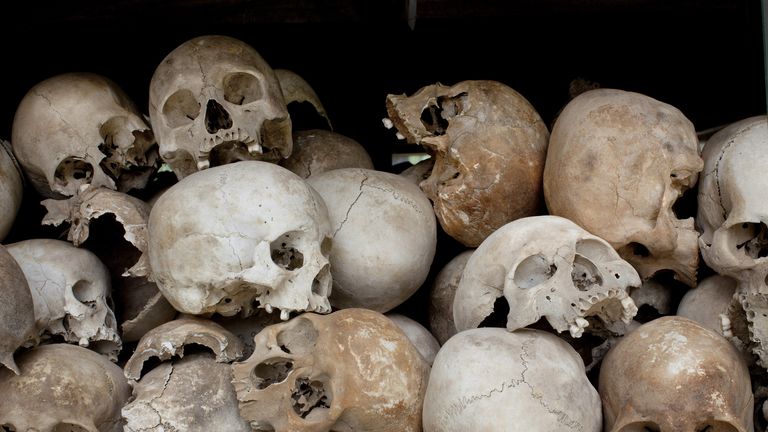 Duch then headed up what was perceived as the country’s killing machine, the prison system, code-named S-21, which was found to have performed thousands of instances of torture and death.

He fled for 20 years to the north-west of Cambodia and converted to Christianity, until he was discovered by chance by a journalist in 1999, which led to his arrest.

Duch asked to be forgiven a number of times during his trial, even offering to be stoned in public. However, his request on the final day to be acquitted and freed left people questioning his sincerity.