John McAfee, the controversial antivirus software creator, has died. The US Department of Justice confirmed reports from Spanish paper El Pais this evening. Spanish courts ruled today the 75-year-old could face extradition to the US on charges of tax evasion. 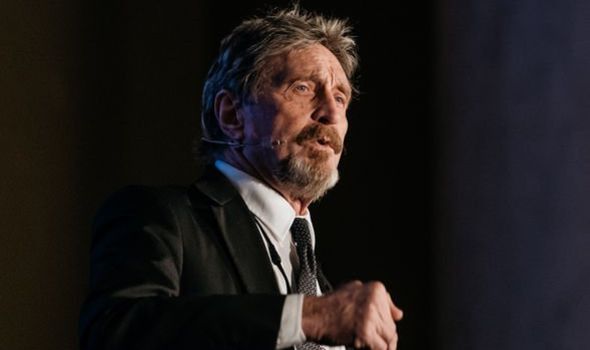 How did John McAfee die?

Mr McAfee was arrested at Barcelona airport after arriving in Spain in October 2020.

He has since occupied a cell at the Brians 2 Penitentiary Center while awaiting a ruling on potential extradition.

Spanish authorities required he remain there while judges discussed his future.

There is currently no official confirmation on how he died.

Judges authorised extradition for charges related to his tax returns for 2016, 2017 and 2018 per a request from the prosecution.

Mr McAfee still had the opportunity to appeal the decision, according to the Reuters news agency

He had previously claimed the charges set against him by Tennessee prosecutors were “politically motivated”.

The inventor had sought a nomination from the Libertarian Party as their candidate for the 2020 US election.

But prosecutors have dismissed these allegations.