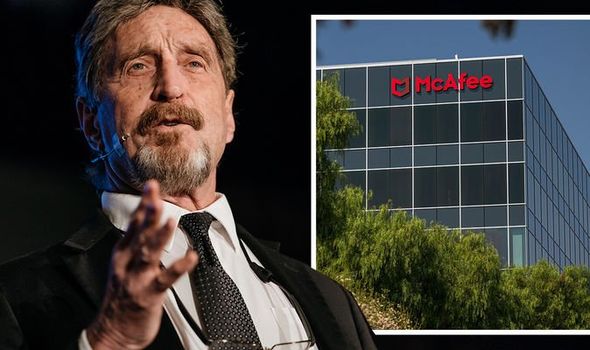 The Catalan Justice Department said in a statement that everything indicates it could be a death by suicide.

It comes after the Spanish High Court authorised the extradition of McAfee to the United States where he faces tax evasion charges, a court document released on Wednesday showed.

McAfee, 75, who was arrested at Barcelona airport in October 2020, said during an extradition hearing this month that the accusations against him were politically motivated.

He linked the charges filed by the Internal Revenue Service to his failed bid to run as a Libertarian Party candidate in the 2020 US presidential election, a second such attempt.

The Spanish prosecutor, Carlos Bautista, said McAfee was just a tax dodger and dismissed the accusation of a political motivation, insisting the Libertarian Party rarely gains more than 1 percent of votes in U.S. elections.

US federal prosecutors unsealed an indictment in October against McAfee over charges that he evaded taxes and willfully failed to file returns.

That came shortly after the U.S. Securities and Exchange Commission said it had brought civil charges against McAfee, alleging he made over $23.1million in undisclosed income from false and misleading cryptocurrency recommendations.

The Spanish court authorised the extradition but only to face charges related to his tax returns for 2016, 2017 and 2018 as the prosecution had asked.

Anyone in need of confidential emotional support can call Samaritans free on 116 123 or email them at josamaritans.org.