The move comes following the severe unrest in 2020 sparked by the murder of George Floyd by police officer Derek Chauvin, who was sentenced earlier this year. The occasion has been marked by a jubilant ceremony at the White House, and President Joe Biden urged Americans to reckon with the most uncomfortable part of its history.

He said: “Great nations don’t ignore their most painful moments.

“Great nations don’t walk away. We come to terms with the mistakes we made.

“And remembering those moments, we begin to heal and grow stronger.”

Just before signing the bill, Mr Biden added: “I’ve only been president for several months, but I think this will go down for me as one of the greatest honors I will have had as President.” 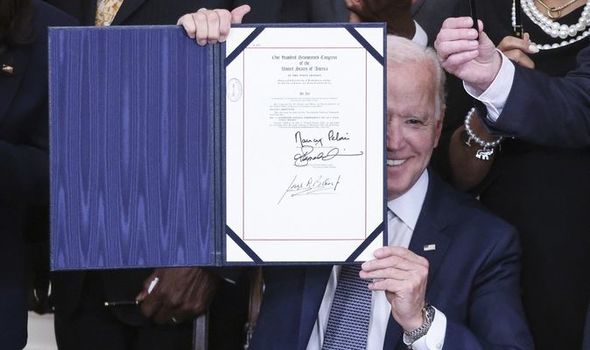 The day will now be known as Juneteenth National Independence Day.

Vice President Kamala Harris, the first black woman to hold her office, said: “We are gathered here in a house built by enslaved people.

“We are footsteps away from where President Abraham Lincoln signed the Emancipation Proclamation.

“And we are here to witness President Joe Biden establish Juneteenth as a national holiday. We have come far, and we have far to go, but today is a day of celebration.” 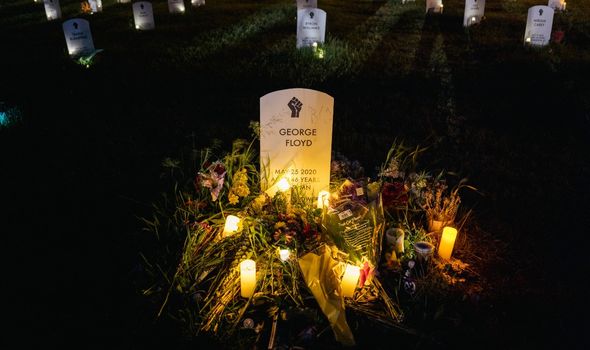 Juneteenth takes place on June 19 and commemorates the end of slavery in the state of Texas in America.

It is also known as Emancipation Day and is recognised as the official day of remembrance for the end of slavery in the USA.

The end of slavery was announced on June 19, 1865, and ever since the date has been celebrated as a day of freedom.

DON’T MISS
Why the USA should fear China not Russia – military spends exposed [INSIGHT]
Get on with it, Joe! Biden urged to seal UK-US deal now [REPORT]
Why Biden thinks Putin is in a ‘very difficult spot’ over China [INSIGHT]

What happened on Juneteenth?

General Granger read to a crowd: “In accordance with a proclamation from the Executive of the United States, all slaves are free.” 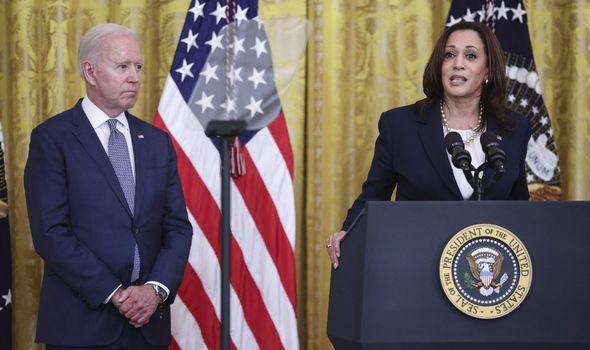 But the proclamation wasn’t enforced in Galveston until federal soldiers read it out on 19 June 1865.

In total 47 US states and the District of Columbia mark June 19 as a state holiday or observance.

Communities across the USA have long celebrated Juneteenth with food and festivities – but until now it has not been recognized as an official holiday.

People are marking the 156th anniversary of the holiday across the country with festive meals and gatherings as the coronavirus pandemic calms down in many states and cities relax social distancing restrictions.

Traditionally, celebrations have included parades and marches. However, this year many groups have opted again for virtual conferences or smaller events.