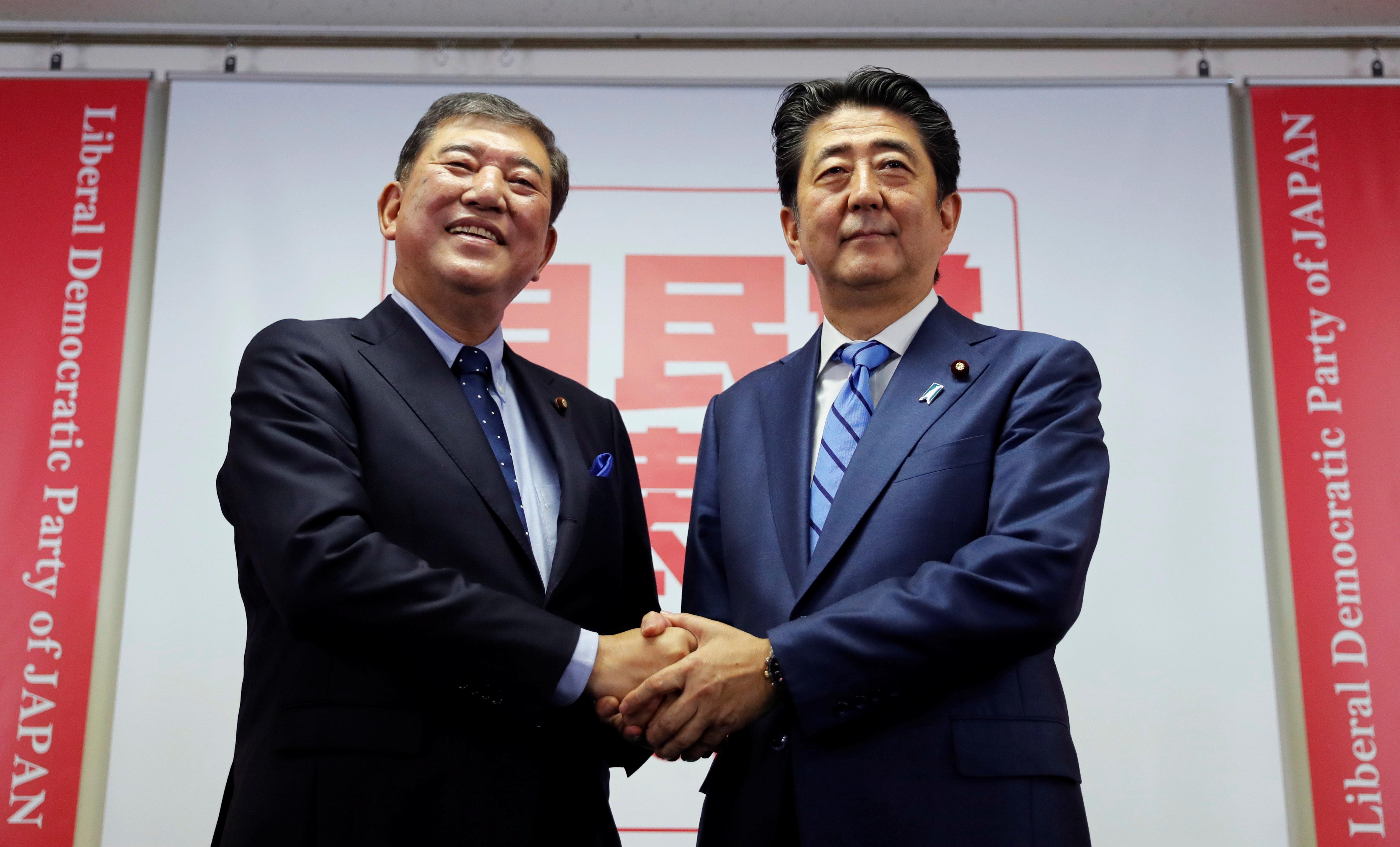 The new party leader will become the country’s next prime minister, due to the party’s parliamentary majority, with four possible candidates vying for the position.

Abe, Japan’s longest-serving premier, told U.S. President Donald Trump earlier on Monday that the strengthening of their two nations’ alliance would be maintained even after he leaves office, a Japanese government spokesman said.

But Abe’s successor will face a daunting list of economic, diplomatic and security issues, ranging from a stagnant economy hit by the coronavirus pandemic to China-U.S. tensions.

In the race to succeed Abe as the next prime minister, former Defence Minister Shigeru Ishiba is the most popular choice among the public, media opinion polls showed.

But Ishiba, a vocal Abe critic, could face an uphill battle if he does declare his candidacy, with local media reporting Chief Cabinet Secretary Yoshihide Suga was set to receive the backing of several major factions within the ruling Liberal Democratic Party.

Ishiba has about 34% of the public’s support, more than double the 14% for Suga, the second-most popular choice, a weekend Kyodo News survey showed.

The surveys highlight a split between public opinion and internal LDP politics.

Suga – a longtime lieutenant of Abe’s in a key supporting role – will join the race to replace his boss with support expected from the faction led by LDP Secretary-General Toshihiro Nikai and other major factions, putting him in a favourable position.

Suga declined to comment on Monday when asked about the LDP leadership race at his regular news conference as the government’s top spokesman.

Ishiba – who unsuccessfully challenged the out-going premier in the last LDP leadership race in 2018 and is considered less popular within the party – has yet to declare whether he will run.

LDP policy chief Fumio Kishida, who has announced his intention to stand, came in last place in both of the public opinion surveys.

Kishida voiced caution on Monday over the idea of cutting the sales tax rate to help the economy weather the hit from the coronavirus pandemic.

Brad Glosserman, deputy director of the Center for Rule-Making Strategies at Tama University, said Suga was the safe bet in terms of internal LDP dynamics, but might not be ideal come election time. A general election must be held by late October 2021.

“He doesn’t seem to have either the charisma or the vision to push Japan in a new direction. He seems to be the eternal Number Two – he delivers on promises made by his boss,” said Glosserman.

Abe announced on Friday he was resigning because of poor health, his long-running battle with ulcerative colitis ending his tenure as Japan’s longest-serving prime minister.

Japan does not elect its leader by direct popular vote. Under the country’s parliamentary political system, lawmakers elect a prime minister. 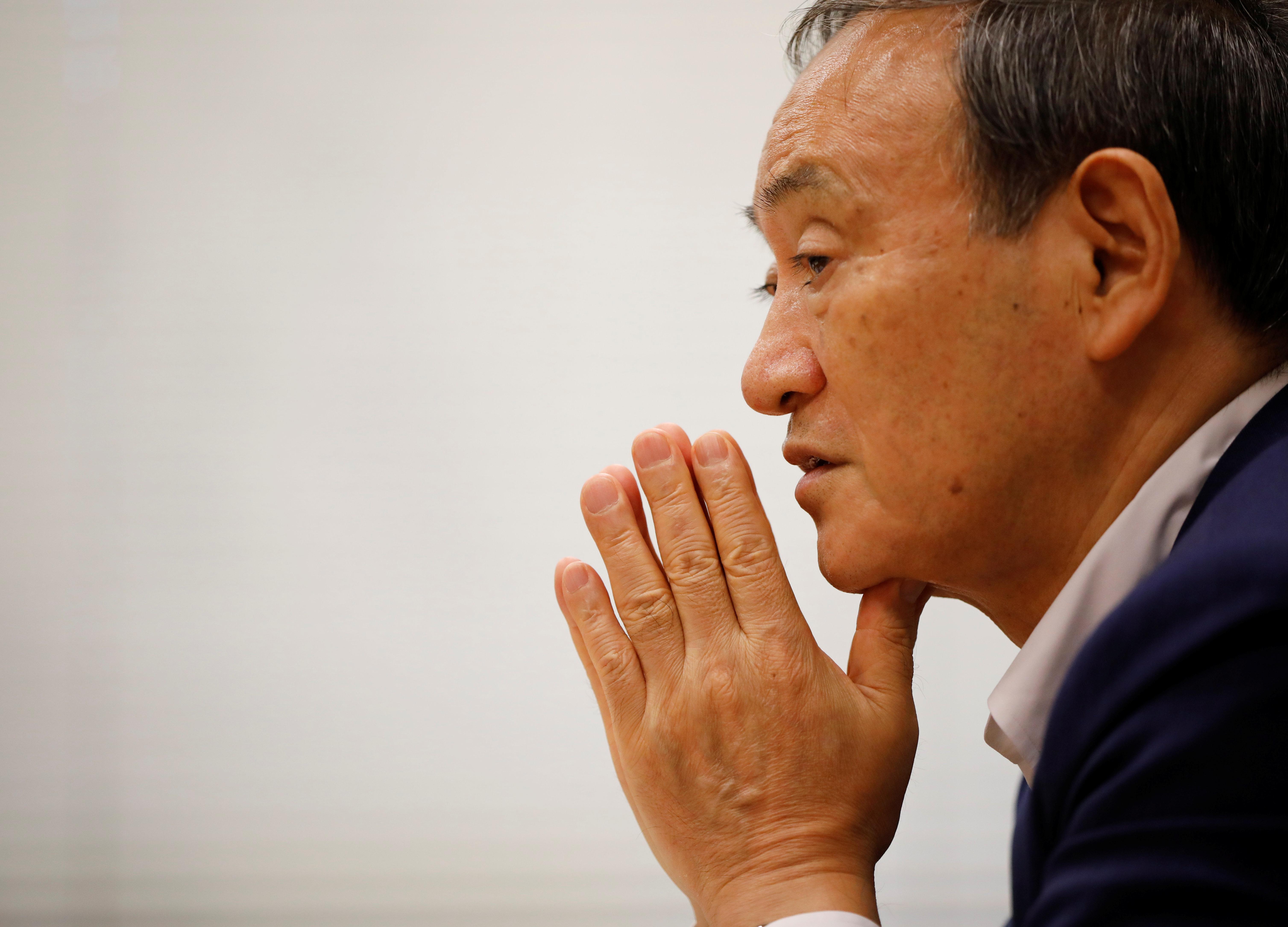 That means the LDP president is virtually guaranteed of being prime minister because of the party’s majority in the lower house of parliament.

The LDP is set to hold on Tuesday a party meeting where it can formally adopt the Sept. 14 date for the leadership election, broadcaster FNN said, adding that the vote would be held at a Tokyo hotel instead of its party headquarters to reduce the risk of coronavirus infection.