At least 19 people are missing after a powerful mudslide swept away rows of houses in the town of Atami, west of Tokyo, Japanese authorities said.

Disaster management officials in Shizuoka prefecture, central Japan, say the mudslide occurred on Saturday morning in the town, known for its hot springs.

Prefectural disaster management official Takamichi Sugiyama said dozens of homes may have been buried and rescue workers are searching for at least 19 people.

He added that the number of those missing may grow. 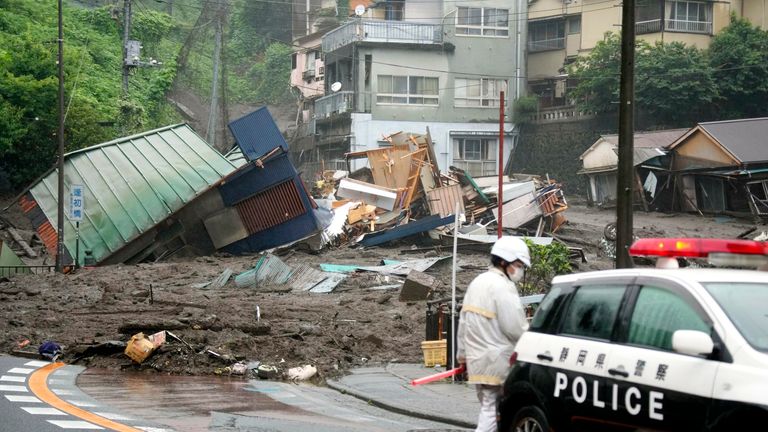 Mr Sugiyama also said the mudslide occurred in area called Izusan and said some people in the area are believed to have been evacuated. No further details were immediately known.

He said it had been raining hard in the area all morning.

Television footage showed a wave of black mud slide down a mountainside, knocking down and crushing houses in its way as helpless neighbours watched in horror, some recording on their phones.

Heavy rain has been lashing across Japan since earlier this week, causing rivers to swell in central and the Tokyo region.

Experts said dirt had been loosened, increasing landslide risks in a country filled with valleys and mountains.

Evacuation warnings were issued for a wide area.