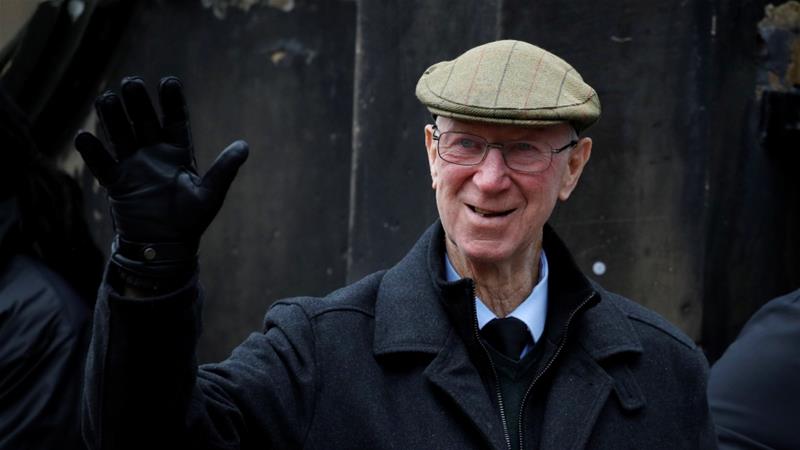 Jack Charlton, a football World Cup winner with England who became the darling of Ireland after leading their national team to unprecedented success as a manager, has died aged 85.

“We cannot express how proud we are of the extraordinary life he led and the pleasure he brought to so many people in different countries and from all walks of life,” the statement said.

“He was a thoroughly honest, kind, funny and genuine man who always had time for people. His loss will leave a huge hole in all our lives but we are thankful for a lifetime of happy memories.”

Charlton led Ireland to their first major finals at the 1988 European Championship and also took them to the World Cup quarter-finals in 1990.

Irish Prime Minister Micheal Martin was among the first to tweet his reaction.

“So saddened to hear of the passing of Jack Charlton who brought such honesty and joy to the football world. He personified a golden era in Irish football – the Italia 90 campaign being one of pure joy for the nation. He gave us magical memories. Thank you Jack,” he said.

Former Ireland defender Paul McGrath tweeted: “Absolutely gutted. Father figure to me for 10 years, thanks for having faith in me. Sleep well Jack. Love ya.”

The English FA said it was devastated by the news that a member of their World Cup-winning team of 1966 had died, while the Ireland FA said Charlton changed Irish football forever.

Former England striker Gary Lineker said on Twitter: “Saddened to hear that Jack Charlton has passed away. World Cup winner with England, manager of probably the best ever Ireland side and a wonderfully infectious personality to boot.”

Premier League games will be preceded by a minute’s silence this weekend as a tribute to Charlton and players will wear black armbands.

Nicknamed “Big Jack”, and celebrated for his earthy “beer and cigarettes” image, Charlton was Footballer of the Year in England in 1967. He spent all his club career at Leeds from 1952 to 1973, tying its all-time record of 773 appearances. He won every domestic honour, including the league title in 1969.

Of all the England World Cup winners to go into management, Charlton was easily the most successful. He had brief but impressive spells at northeast clubs Middlesbrough, Sheffield Wednesday and Newcastle before being hired by Ireland in 1986 as its first foreign coach.

Adopting a direct, physical and attack-minded style, Charlton got the best out of Ireland’s hard-working players and guided them to three major tournaments, including the 1990 World Cup where the Irish reached the quarter-finals. Ireland also played at Euro 1988 and the 1994 World Cup under Charlton.

Charlton said his best memory as Ireland coach was beating Brazil 1-0 in a friendly at Lansdowne Road in 1987. He resigned in 1995 after losing in a Euro 1996 play-off to the Netherlands.

Born on May 8, 1935, in a gritty area of northern England, Charlton worked down the mines as a teenager before going for a trial at Leeds. He grew up in a footballing family, cousin to Newcastle great Jackie Milburn while his uncles Jack, George, Jimmy and Stan all played professionally.

“It left me no choice but to be a footballer,” Charlton had said.