A major new report by Human Rights Watch has concluded that Israel is presiding over a system of apartheid in the Palestinian Territories which amount to “crimes against humanity”.

The controversial 213-page document, produced over two years and titled A Threshold Crossed: Israeli Authorities and the Crimes of Apartheid and Persecution, accuses Israel of methodically privileging Jewish Israelis and oppressing Palestinians, often with inhuman acts and violence.

Kenneth Roth, executive director of Human Rights Watch (HRW), said: “Prominent voices have warned for years that apartheid lurks just around the corner if the trajectory of Israel’s rule over Palestinians does not change.”

He said: “This detailed study shows that Israeli authorities have already turned that corner and today are committing the crimes against humanity of apartheid and persecution.”

In a statement to Sky News, the Israeli government dismissed the report as “preposterous and false” but has not responded to any of the central assertions made within it.

The report argues that the term apartheid is now detached from its original South Africa context, and now has international legal weight. 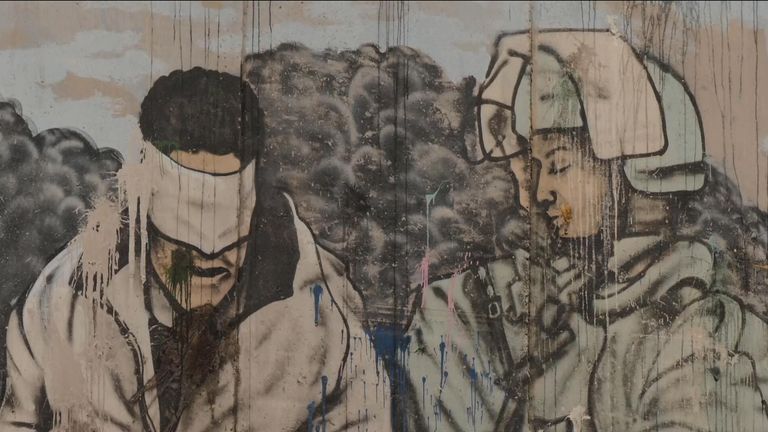 The Palestinian Authority which has limited self governance of just 18% of the West Bank has, for many years, compared the Israeli occupation of the Palestinian Territories to a form of apartheid and Israeli human rights organisation, Btselem, drew the same conclusion earlier this year.

However, this is the first time a major international Human Rights group has drawn this conclusion and framed it in a legal context.

The report argues that statements by Israeli leaders going back decades have shown a clear policy of dominance over Palestinians which has now crossed a line and constitutes apartheid.

It highlights a statement made by Prime Minister Benjamin Netanyahu last year when he said: “We are the ones dictating the security rules… they will remain Palestinian subjects…” The comments were made in an interview with the Israeli Hayom newspaper when he outlined a temporarily-shelved plan to annex large parts of the West Bank.

In another comment former Prime Minister Ariel Sharon said in 2000: “They (the Bedouin population) are gnawing at the country’s land reserves…”

The statements, the report argues, are among many that amount to proof that successive Israeli governments have implemented policies to mitigate what they openly see as a demographic threat from Palestinians.

The report draws on real-life examples comparing policies and practices implemented against Palestinians both in Israel and the Occupied Territories with policies for Jewish Israelis including settlers living in the West Bank. 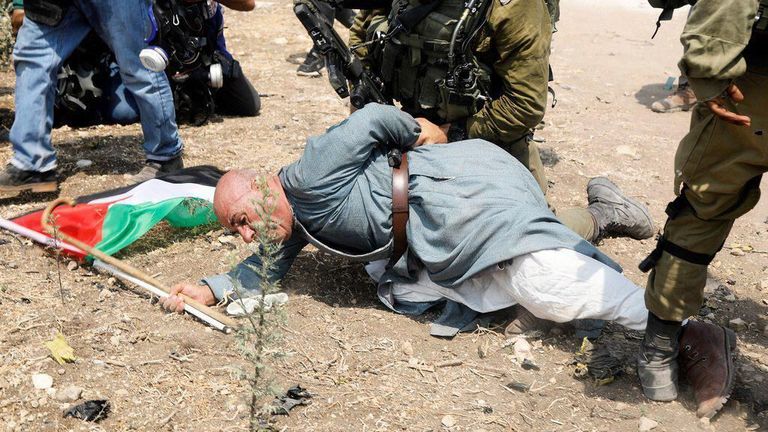 While Israel often cites security reasons for its policies in the West Bank and in Gaza, including the limited freedom of movement afforded to many Palestinians, the report argues that many of the policies which constitute apartheid have no security justification, including the denial of building permits and continued demolition of Palestinian homes.

“Even when security forms part of the motivation, it no more justifies apartheid and persecution than it would excessive force or torture,” Human Rights Watch said.

Mr Roth said: “Denying millions of Palestinians their fundamental rights, without any legitimate security justification and solely because they are Palestinian and not Jewish, is not simply a matter of an abusive occupation.”

Throughout the West Bank, Israeli civil law applies to Jewish settlers but Palestinians are subject to Israeli military law.

Contrary to the Fourth Geneva Convention, since 1967 Israel has established more than 280 Jewish settlements in the West Bank.

Commenting on the construction of Israel’s security barrier which separates off the West Bank, the report states: “Israel ostensibly built the separation barrier for security purposes, starting in 2002 during the second Intifada.

“However, officials have acknowledged that it chose its path, 85% of which lies inside the West Bank and protrudes up to 22km (13.6 miles) beyond the Green Line, to accommodate the growth needs of settlements, and to maintain the fabric of life of Israeli settlers.” 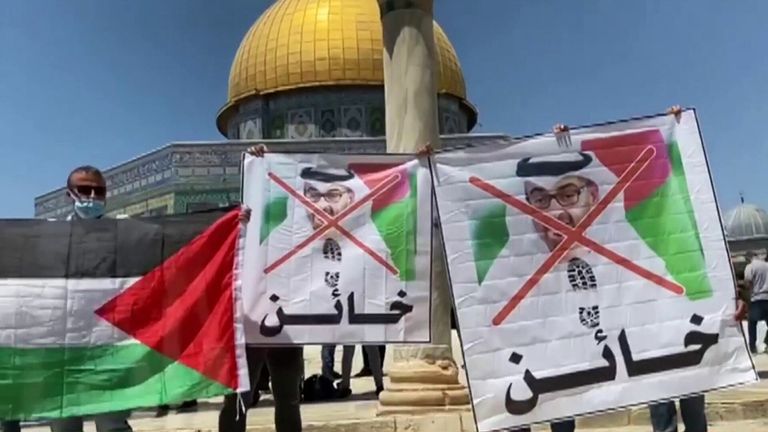 Responding to the report, an Israeli Foreign Ministry spokesperson told Sky News: “Human Rights Watch is known to have a long-standing anti-Israeli agenda, actively seeking for years to promote boycotts against Israel.

“Their decision not to share this report for review or comment with any Israeli authority, is clear indication that it is a propaganda pamphlet, which lacks all credibility.”

The Israeli government statement continued: “HRW’s founder, Mr. Robert Bernstein, has criticised his organisation in 2009 for ‘issuing reports on the Israeli-Arab conflict that are helping those who wish to turn Israel into a pariah state’.”

It concluded: “This report is yet another part of the organisation’s ongoing campaign, led by a known BDS (Boycott, Divestment, Sanctions – a movement calling for the boycotting of Israel) supporter, with no connection to facts or reality on the ground. The fictional claims that HRW concocted are both preposterous and false.”

In 2009, the late Mr Bernstein criticised the organisation he founded in a New York Times article, stating that “Israel, the repeated victim of aggression, faces the brunt of Human Rights Watch’s criticism”, pointing out that Israel is a democracy surrounded by authoritarian regimes.

Yet in the 12 years since Mr Bernstein’s criticism of HRW, the situation on the ground in Israel has developed.

Israeli settlement expansion in the West Bank is continuing at what activists say is an “unprecedented” pace, violent settler activity against Palestinians is increasing and highways providing access to Israeli settlements are carving up and cutting off Palestinian land.

Responding to the Israeli government statement, HRW told Sky News: “(We) wrote to PM Netanyahu in July 2020 seeking Israeli government input while conducting our research on 11 specific issues and requesting a meeting to discuss. The letter is in the appendix of the report. Unfortunately we received no response to that request.

“We sent the executive summary of the report to PM Netanyahu last week and asked again for a meeting to discuss our findings and recommendations.

“We have in the past routinely sought and received comment from Israeli authorities that we incorporated into previous reports, but they did not respond this time.”