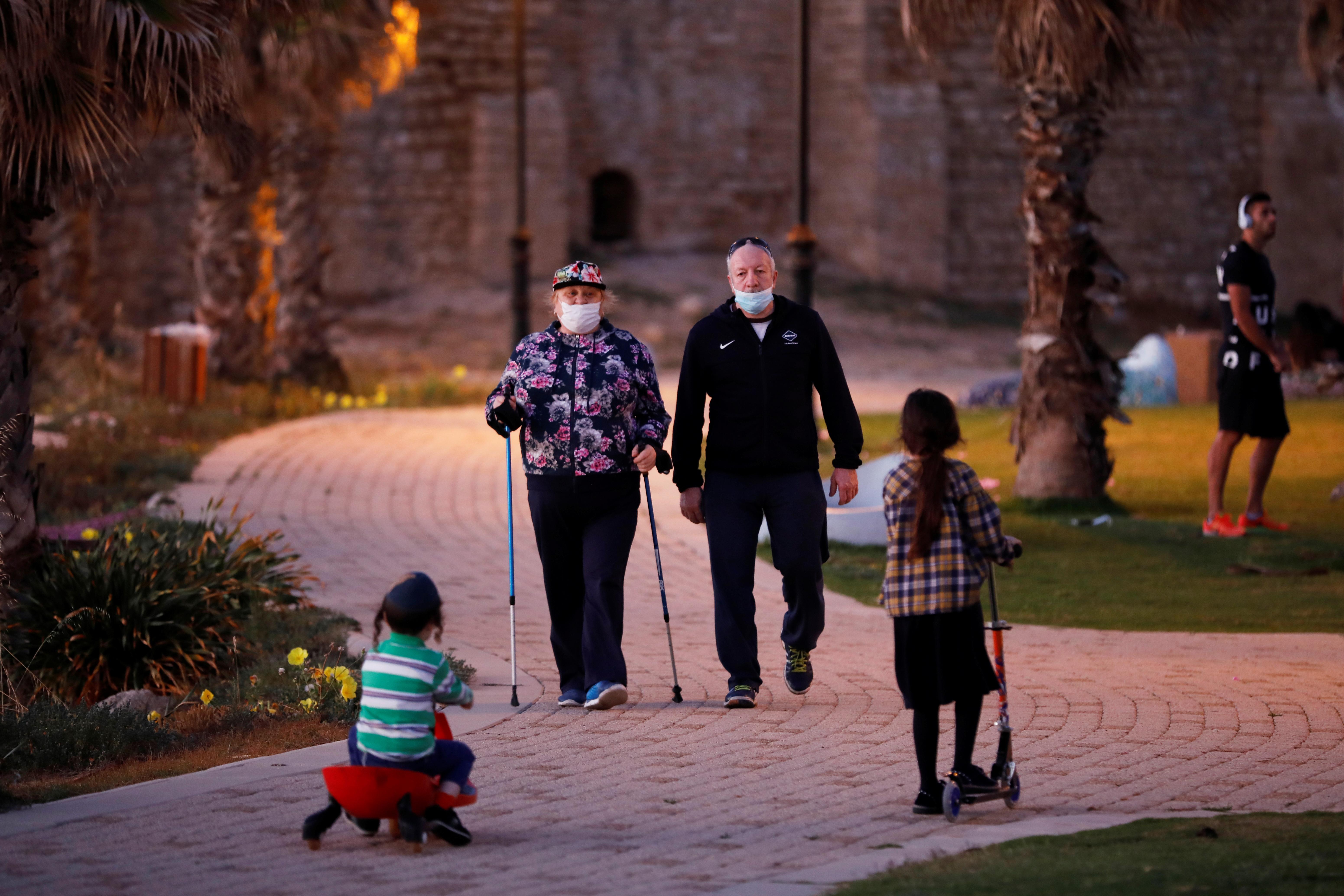 JERUSALEM (Reuters) – Israel on Monday eased many restrictions on the public put in place to prevent the spread of coronavirus, with Prime Minister Benjamin Netanyahu citing the country’s success in containing the virus so far.

Israelis, who for the most part have been confined for weeks to their home or immediate neighborhoods, will now be allowed to travel anywhere in the country – including to visit elderly relatives whom they have been avoiding as a precaution.

Malls and markets will open later in the week and schools, which opened partially on Sunday, will return to regular schedules by the end of the month, Netanyahu told reporters.

Commercial flights, however, remain suspended for the most part. Limitations on the size of gatherings are still in place.

“Israel’s achievements in the campaign against the coronavirus are serving as a model for many countries,” Netanyahu said, while cautioning that curbs could be reimposed if the infection rate once again spikes.

Israel was one of the first countries to close its borders and impose increasingly stringent restrictions on movement to hamper the domestic outbreak. Israel has reported 16,246 cases and 235 deaths.

The economy has paid a price, with stores and businesses shuttering and unemployment skyrocketing. Netanyahu said the easing of restrictions, together with a government stimulus plan, would allow Israel “to return to a new normal – the coronavirus normal”.

The country’s borders are still effectively closed. Forced quarantine on incoming visitors has caused most airlines to cancel flights.

“Regarding civilian flights – we are deliberating on this with great judiciousness. … We want to do it in a manner that does not lead to people coming in from morbidity hot spots infecting people in Israel,” Netanyahu said.