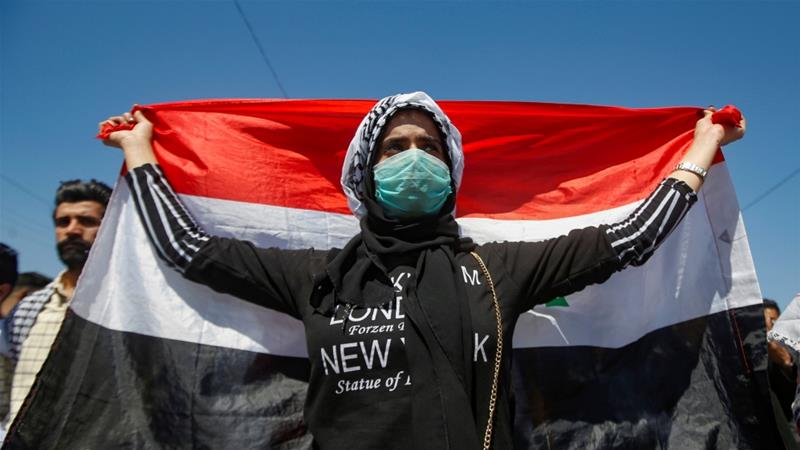 Iraq has revoked Reuters news agency’s reporting licence for three months after it reported the number of new coronavirus cases in the country was in the thousands, much higher than official figures.

Iraq’s Communications and Media Commission (CMC) condemned the reporting, calling it “astonishing” in a statement on Thursday.

Reuters quoted three unnamed doctors along with anonymous health ministry and senior government officials as saying that thousands of people in Iraq had contracted COVID-19.

The news report also said the number of deaths was much higher than publicly reported, and that Baghdad was concealing data from the public – allegations strongly rejected by Iraq’s health ministry.

The official death toll in Iraq from COVID-19 is 54, while the number of coronavirus cases totals 772.

In addition to temporarily revoking Reuter’s licence, Iraq said it would impose a fine of about $21,000.

It also asked Reuters to issue an apology over the report that “put social security at risk”. There was no immediate response from the news agency.

The World Health Organization (WHO) in Iraq said on Wednesday the number of COVID-19 cases in the country would rise sharply over the next 10 days as testing becomes more rigorous.

The figures in Iraq are “still moderate so far but expect a spike in the coming weeks” because of the increase in testing, said WHO’s representative in Iraq, Adham Ismail, in an interview with Al-Ayyam TV, an Iraqi satellite channel.

“This has increased the numbers of tested cases to more than 4,500 tests a day, compared to a maximum of 100 a day a few weeks ago,” he added.

Iraq introduced a curfew on March 17 and restrictions on travel as part of measures to contain the infections. It has since extended the nationwide curfew twice.

The country shares an extensive border with Iran, which has the highest number of cases in the Middle East. Iraq also suffers from an overstretched healthcare system after years of sanctions, war and neglect.

After first appearing in Wuhan, China in late December, the virus has spread to at least 181 countries and regions.