The Martyr Seyed Majid Rahbar base has been constructed near the entrance to the narrow waterway through which a fifth of the world’s oil output passes. It was declared open by senior commanders from Iran’s Revolutionary Guards

Major General Hossein Salam said: “This base has been built with the purpose of total dominance over the entry and exit of extraterritorial aircraft and naval vessels.

“This location is one of the country’s most strategic defensive points.”

Maj Gen Salami said the Guards’ navy, which operates separately from the Iranian armed forces, “now has a very powerful naval base”. 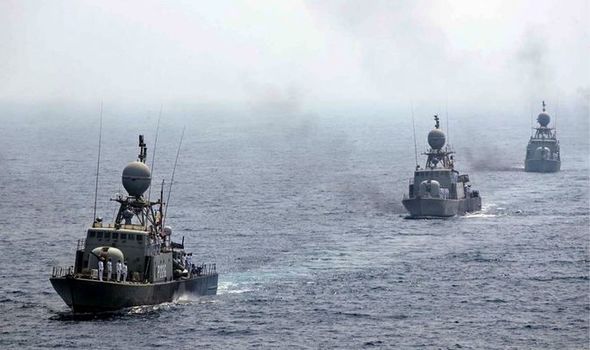 The base, in the southern province of Hormozgan, was opened just days after the American aircraft carrier USS Nimitz passed through the waterway to enter the Gulf while Washington threatened to reimpose United Nations sanctions on Iran.

The vital shipping lane and nearby Gulf waters were the scene of heightened US-Iranian tensions late last year when ships were attacked, drones downed and oil tankers seized.

Washington blames Tehran for last year’s attacks against commercial vessels in the nearby Gulf of Oman as well as an attack on Saudi oil facilities but Iran denies the allegations. 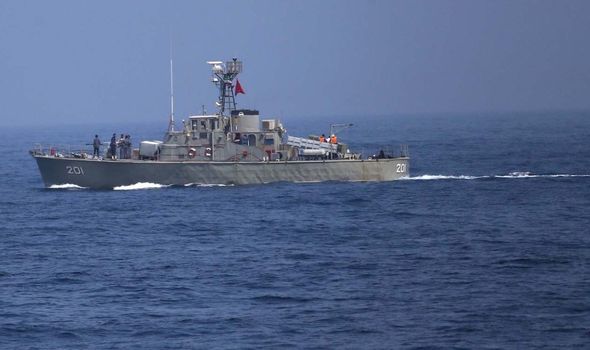 The opening of the new naval base comes just days after Iran’s president lashed out at Washington at the UN.

Hassan Rouhani told the annual gathering of the General Assembly via videolink that the US could impose “neither negotiations nor war” on the Islamic Republic.

Mr Rouhani said: “Iran is not a bargaining chip in US elections and domestic policy.

“Any US administration after the upcoming elections will have no choice but to surrender to the resilience of the Iranian nation.”

The confrontation between the two sides has intensified since 2018 when Donald Trump pulled the US out of Iran’s nuclear deal with world powers and unilaterally re-imposed sanctions that have hobbled the Islamic Republic’s economy.

But Iran has refused to hold talks unless Washington lifts sanctions on Tehran and returns to the original agreement.

Mr Trump told the UN: “We withdrew from the terrible Iran nuclear deal and imposed crippling sanctions on the world’s leading state sponsor of terror.”

DON’T MISS
World War 3 MAPPED: The SIX places where WW3 could break out in 2020[MAP]
World War 3 warning: Iran VOWS to give ‘crushing response’ to US[SPOTLIGHT]
WW3: Iran could have ‘nuclear weapon by the end of the year'[ANALYSIS] 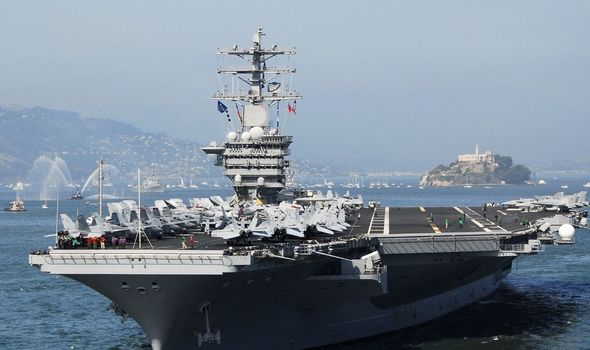 The Trump administration has slapped new measures on Iran to support the US assertion that all UN sanctions against Tehran that were lifted under the 2015 agreement are now reinstated.

That move was rejected by key European allies, including the UK, as well as US adversaries such as Russia and China who are all parties to the nuclear accord.

Mr Macron dismissed US efforts to restore UN sanctions against Tehran saying Washington had already left the nuclear deal so was unable to use its mechanisms. 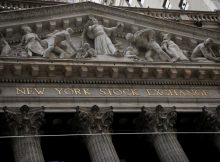 Many in U.S. distrust campaign info, AP-NORC and USAFacts poll finds
Recent Posts
Copyright © 2020 miamiheatnation.com.
This website uses cookies to improve your user experience and to provide you with advertisements that are relevant to your interests. By continuing to browse the site you are agreeing to our use of cookies.Ok