Millions normally return home at the end of the fasting month, but government says that cannot happen this year. 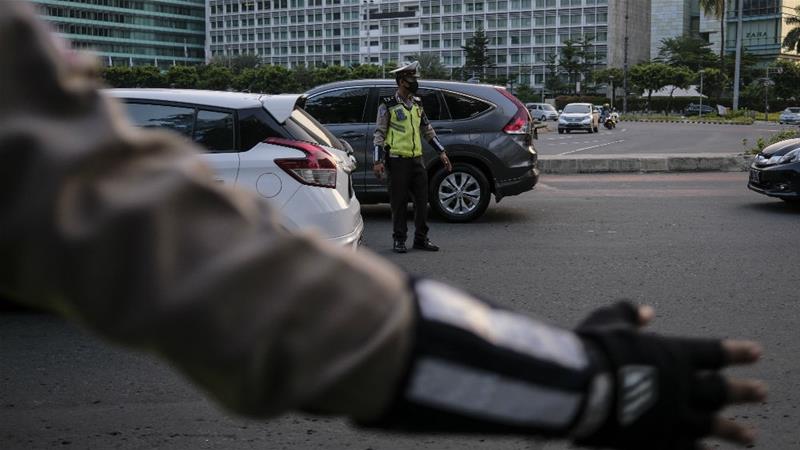 Indonesia has decided to ban “mudik”, the annual exodus that usually takes place at the end of Ramadan as people return home to their villages across the archipelago, in an attempt to curb the spread of the coronavirus in the Southeast Asian nation.

President Joko Widodo said earlier he would rely on persuasion to ensure people remained at home, but announced a change of mind of Tuesday.

“I have taken the decision that we will ban mudik,” Widodo told a cabinet meeting. “That is why the relevant preparation needs to be done.”

Indonesia is the world’s biggest Muslim-majority country and, each year, millions take to the trains and roads to go home at the end of the fasting month.

Some 590 people have already died from coronavirus in Indonesia – the highest toll in Asia outside China – and experts fear the exodus would spread the disease further.

Ika Nur Afifah, who works in Jakarta but is from the city of Semarang in Central Java, said she had already decided she would not travel back home after Ramadan because she did not want to risk her family’s safety.

“I could bring the disease home as a silent carrier, and I do not want to do that,” the 22-year-old said.

“If I bring the virus, one person will be infected, then there will be dozens of others, so it is better to stay at home. Mudik can be done another time.”

In a study last week, researchers at the University of Indonesia’s public health faculty warned that if the exodus home were allowed to go ahead, it could lead to a million infections by July on Java, Indonesia’s most densely-populated island. The capital, Jakarta, lies in the island’s west.

Without the exodus, that figure could be cut to 750,000 cases, the researchers said.

Last year, about 19.5 million people in the archipelago made the journey, the government says, and Widodo added that 7 percent of Indonesians had already set out this year.

Devie Rahmawati, a social analyst at the University of Indonesia, said that, while calling off mudik was welcome for reasons of public health, the cancellation could have a significant impact on the livelihoods of many people who had migrated from rural areas to work in the city.

She noted that many of those who had already gone back to their hometowns for mudik had either lost their jobs because of the virus or were on a break from their work in the informal sector.

Each year, many Indonesians who try their luck in the big city end up returning their villages to work instead, something the current ban would make impossible.

“So, when … they don’t have any income because they were not working in a formal industry. They need to get back because in their hometowns they have a family who can support them economically.

“The motivation for mudik is not [just] cultural, but [also] because of the survival aspect,” she told Al Jazeera. “This is what we need to understand.”

The world’s fourth most populous country has confirmed 6,760 cases of coronavirus, the second-highest in Southeast Asia after the neighbouring city-state of Singapore.

Ramadan is expected to start later this week, and many Muslims around the world are preparing to mark the month under unprecedented conditions. In neighbouring Malaysia, the prime minister has already warned that Muslims may not be able to travel home at the end of Ramadan as they usually do.

Teddy Tri Setio Berty, who is from Jambi province in the south of the island of Sumatra, said he had also decided not to return home to his elderly parents and supported the government’s decision.

“In the midst of a situation like this, there really is no other choice,” he said.

With reporting by Randy Mulyanto in Jakarta