MUMBAI (Reuters) – India’s 21-day lockdown to fight the coronavirus has left hundreds of migrant workers stranded in Mumbai, with no money, little food and even fewer options of leaving their squalid makeshift accommodation soon. 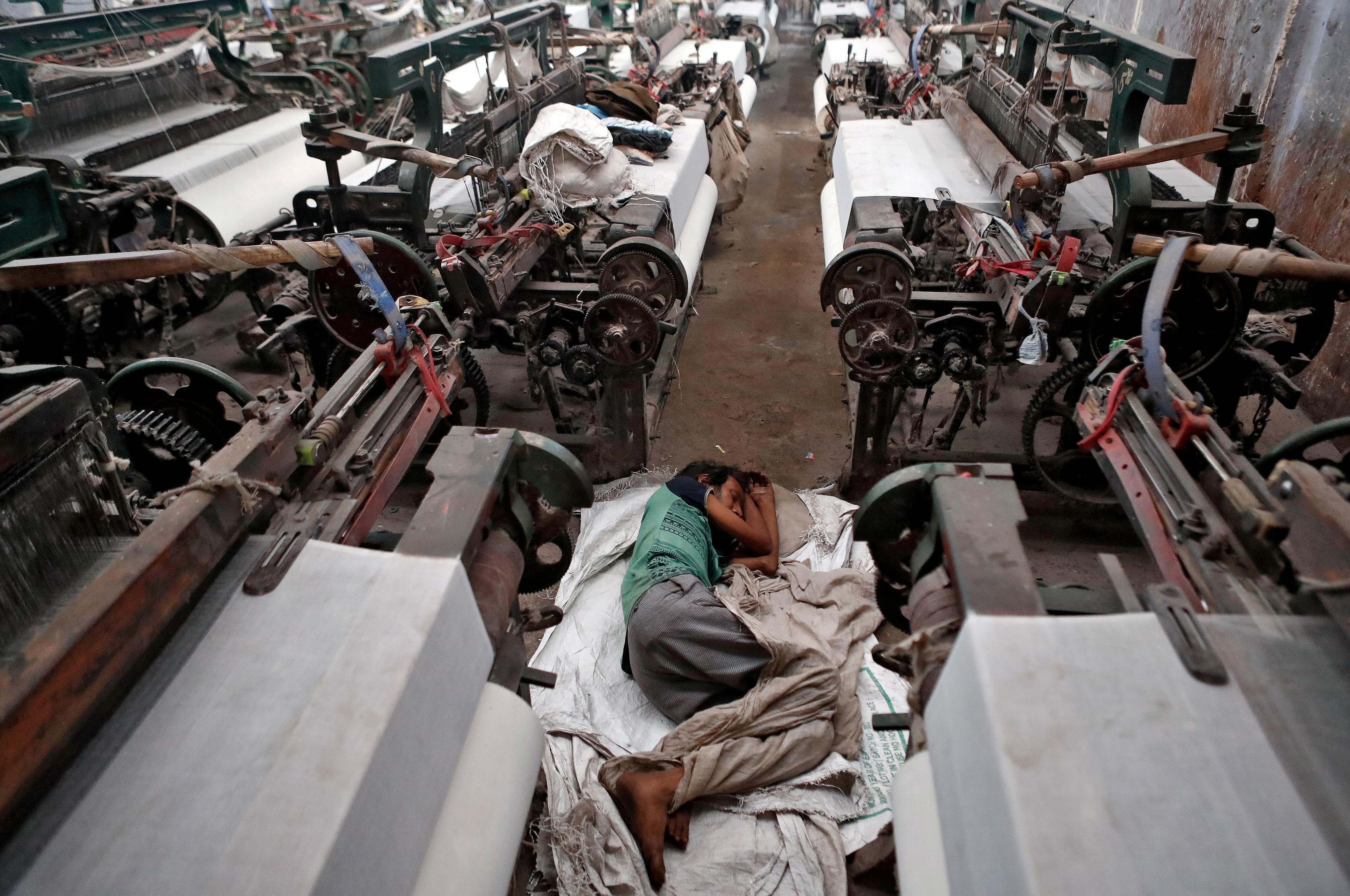 After Prime Minister Narendra Modi announced the lockdown, tens of thousands of migrant workers crammed into buses or walked for days to get back to their native villages.

But many other workers across this nation of 1.3 billion, including hundreds of day labourers in Mumbai’s handloom textile area of Bhiwandi, got stranded when the trains stopped running.

More than one week into the lockdown, many of these migrants now depend on free meals, typically provided twice a day by companies, mill owners or local authorities.

Under the shade of a shuttered guest house called Hotel New India, dozens of workers, all men, jostled for a lunch of bread and a plastic bag filled with vegetable sauce.

To quench their thirst, the men tapped into a water pipe and drank from it using the same green cup.

Some haven’t washed for days because they do not have money to buy soap, and many now defecate in the open because nearby toilets cost the equivalent of 4 U.S. cents to use.

“Either you start the trains so we can go home or you stop the lockdown so we can start our work,” mill worker Mayaram Tiwari, 35, from the northern state of Uttar Pradesh, told Reuters.

The lockdown has brought trains to a halt and sealed state borders, sparking some isolated protests by migrant workers.

Modi’s administration says the shutdown is crucial to avoid a catastrophic health crisis in densely-populated India where public hospitals are already overloaded.

India has reported over 1,900 confirmed cases, including 50 deaths.

At Bhiwandi, the workers said police come around several times a day to ensure the lockdown is being observed, sending them scurrying into the stuffy, dark mills where many of them also sleep. One worker twisted his ankle as he ran from stick-wielding police and is currently in hospital, they said.

The deputy commissioner of police for the area, Rajkumar Shinde, said local officials had assured him the workers were being taken care of and that community kitchens would be set up soon to feed them.

Officials at India’s health ministry and the Mumbai health department did not respond to requests for comment about plans for the Bhiwandi workers.

Giridhar Babu, a professor of epidemiology at the Public Health Foundation of India, said the lockdown was necessary even if it risks contributing to a rise in non-communicable diseases in poor communities.

“I’m not saying: ‘Let some people get typhoid.’ But if there was no lockdown, more of these people would have died,” said Babu, because the poor are less likely to get optimal medical care. “I still think we have achieved greater benefits for the entire community.”