AYODHYA, India (Reuters) – Indian Prime Minister Narendra Modi will unveil a plaque on Wednesday to kick off the construction of a Hindu temple in the northern city of Ayodhya on a spot where a mosque was demolished nearly three decades ago to spark deadly riots nationwide. 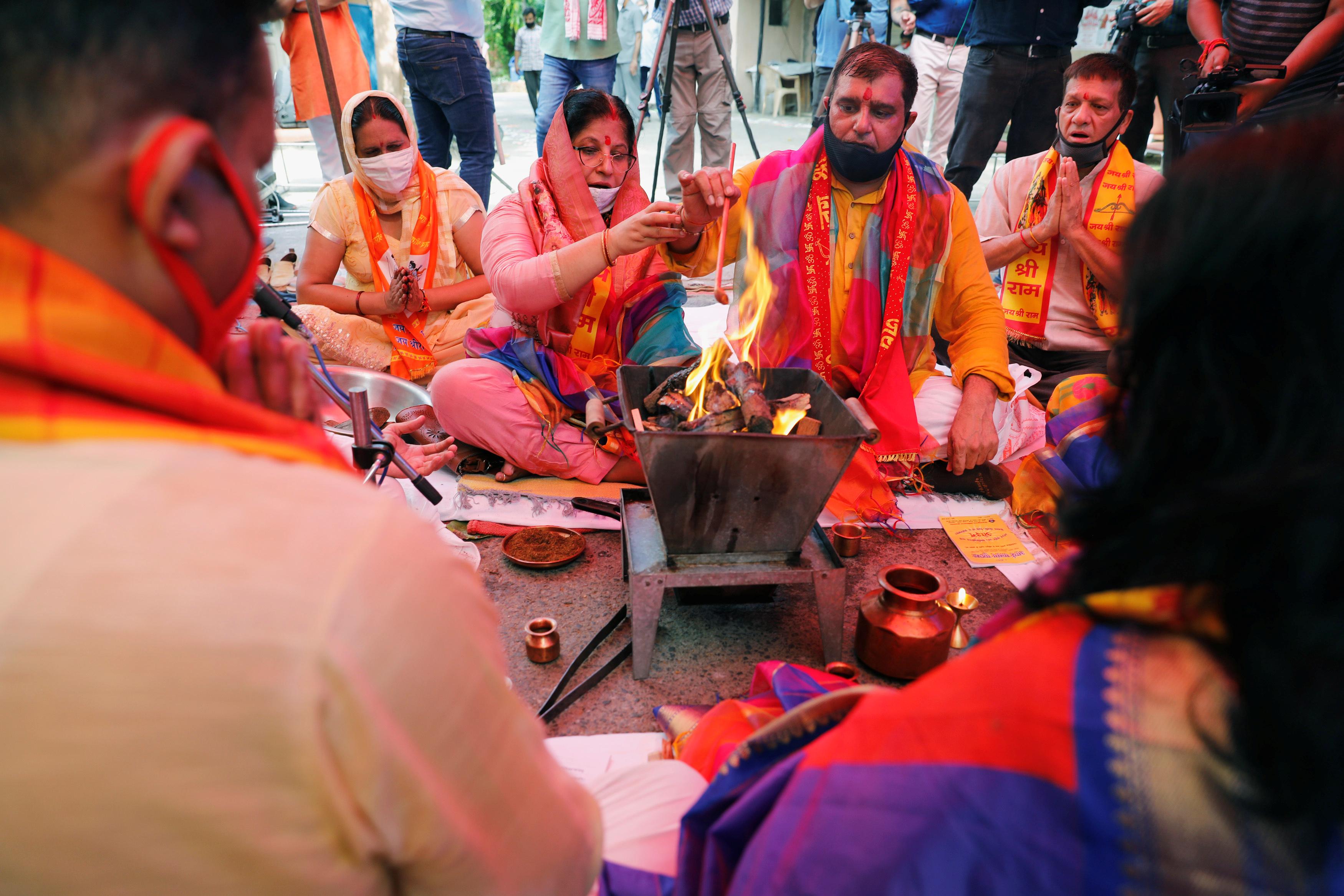 The event fulfils a long-standing promise by Modi and his Hindu nationalist party and marks the first anniversary of another commitment delivered by his government, the end of special privileges for India’s only Muslim-majority state of Jammu and Kashmir.

It follows a Supreme Court verdict late last year that handed the site to India’s Hindu majority in exchange for a plot given to the Muslim community for a mosque, ending years of litigation.

Although two prominent Muslims who experienced the riots said in a gesture of reconciliation that they would attend the ceremony, an influential Muslim non-government body said the Babri Mosque “was, and will always be,” one.

“Usurpation of the land by an unjust, oppressive, shameful and majority-appeasing judgment can’t change its status,” the All-India Muslim Personal Law Board said on Twitter. “No need to be heartbroken. Situations don’t last forever.”

Many Hindus believe the god-king Ram was born on the exact spot where the mosque was built in the 16th century by Muslim Mughal rulers. In 1992, it was demolished by a Hindu mob, triggering riots that killed about 2,000 people, mostly Muslims.

Yellow flowers decorated the freshly washed area around a temple on the banks of the Sarayu River where Modi will offer prayers before heading to the construction site at noon on his first such visit since becoming prime minister in 2014.

Numerous security officials guarded Ayodhya, crowded by thousands of people, few wearing masks against the coronavirus, although social distancing measures to limit its spread will allow only about 200 to gather at the main event site.

The chant of prayers resounded through the city, located about 687 km (427 miles) southeast of the capital New Delhi, as devotees and monks thronged its numerous ancient temples in celebration.

Event organisers gathered soil from more than 2,000 holy spots and water from over 100 rivers for use in prayers at the start of the building work, while a Ram devotee from southern Tamil Nadu state has donated two bricks of precious metal.