Thousands of fish-workers holed up on their boats, some surviving on two meals a day, as they wait to be evacuated. 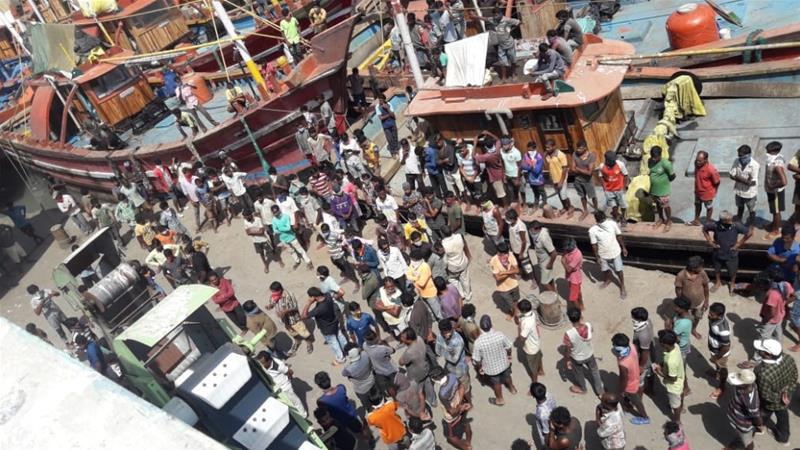 For the past one month, Mailupalli Polisu has been confined to his boat, which is docked at the Veraval Port in the western Indian state of Gujarat.

Polisu is among the nearly 25,000 fishermen belonging to several Indian states stuck on their boats on the Gujarat coast since March 24 when Prime Minister Narendra Modi announced a lockdown.

Fishermen from states such as Maharashtra, Andhra Pradesh (AP), Uttar Pradesh (UP) and Bihar travel to Gujarat every year in August – the start of the fishing season – to earn livelihood.

They were all set to return home in March.

“We barely have any drinking water. There are no toilets on the boat. We get two meals a day. All we want is to go home now,” Polisu, who is from AP’s Srikakulam district, 2,000km away,told Al Jazeera.

The lockdown has brought the country’s public transport to a grinding halt, while states have sealed their borders to contain the pandemic, leaving thousands of fishermen stranded at ports in coastal states of Gujarat, Maharashtra and Karnataka.

On April 22, things took a grim turn at the Veraval Portwhen a 28-year-old fisherman, MK Raju, was found dead in his cabin. His post-mortem report revealed that he had suffered a heart attack.

“Ever since he heard that some fishermen in a neighbouring village in Veraval had contracted COVID-19, he had been getting anxiety attacks,” Polisu said.

“All of us are in shock, and scared. He had not yet met his four-month-old son back home,” Polisu, who is from the same village as Raju, said. 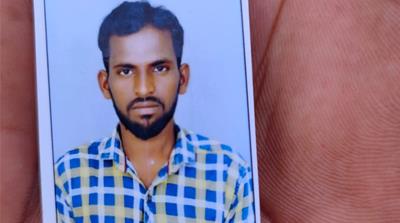 On April 9, another fisherman T Jaganathan, 45, died of stomach complications after he stopped eating, allegedly for fear of contracting COVID-19.

PK Rehman, founder of the Traditional Fish Workers Union (TFWU) that represents some of the fishermen, blamed the death on the lack of potable drinking water option at the port.

“The fish workers are in panic as the MLA [member of state legislature] of Veraval told them about COVID-19 positive cases among fishermen in the neighbouring district. Their current living conditions on the boats make them vulnerable to the disease,” Rehman told Al Jazeera over the phone.

Polisu said he was forced to mostly spend last month squeezed into his boat’s cabin space with eight others, leaving no room for social distancing.

Mainepalli Ramu, who is also stuck at the Veraval Port, said he is staying with 12 others in a congested cabin of a trawler. “The boat is not moving so it gets boiling hot and suffocating. For how long can we sit inside?” he said.

Rehman pointed out that state governments have been selective in rescuing stranded citizens. “The Gujarat government sent buses to rescue 1,800 pilgrims from the state of Uttarakhand. Migrant fish-workers sustain the Rs 7,000 crore ($918m) fisheries industry in the state. Are they any less important?” he said.

In the first week of April, fishermen from Maharashtra and Gujarat were prevented from returning to their villages by locals on suspicion of carrying coronavirus.

While most of them managed to return home by April 22, aided by activists and politicians, 2,700 fishermen from AP are still stranded at the Veraval Port.

Every year, thousands of fishermen from across the country migrate to Gujarat to find employment on fishing vessels across the state’s 1,600km-long coastline.

They stay there till March-April – the end of the fishing season. “There are three categories of work: helpers get paid $131, crew members $197 and boat captains get paid $263 per month,” Ramu said.

Most of them have been unable to send money home as the bank branches are shut due to the lockdown.

Kiran Koli, general secretary of Maharashtra Machhimar Kruti Samiti, a fishermen’s association, said the shutting down of ice factories, stopping of exports, and the disruption of supply chain had made fishing activity untenable in the country. “Sixteen million people dependent on the industry are currently without a livelihood,” Koli told Al Jazeera.

Polisu, who has been coming to Gujarat to work as a child, said he had never seen such a situation before. 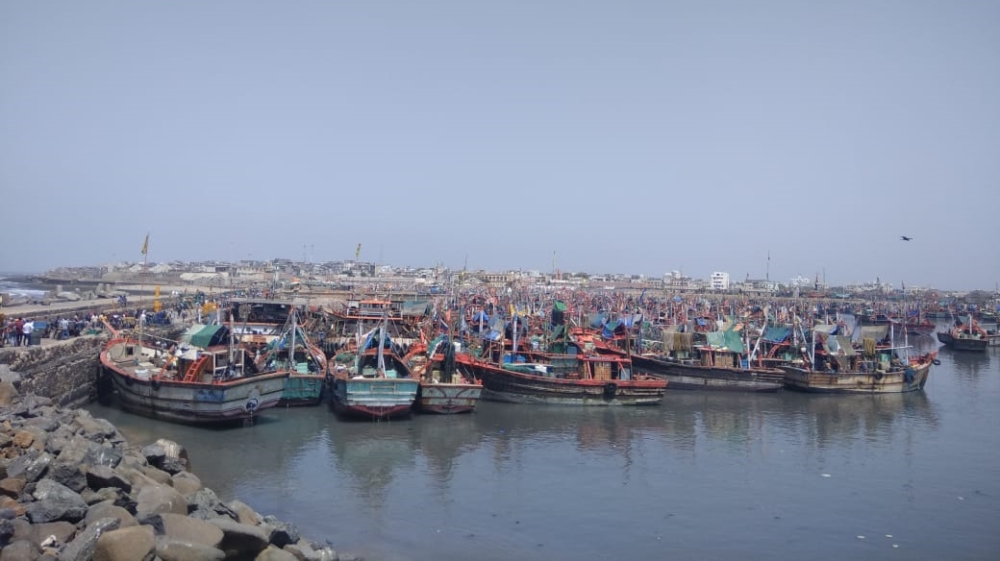 Ajay Prakash, the Collector of Gir-Somnath district where Veraval falls, initially told Al Jazeera that Andhra Pradesh and Gujarat state had mutually agreed to send the workers back home through cargo vessels by sea, after screening them for COVID-19.

“After preliminary enquiries, we found that cargo vessels were not suited to transport people. Now we are planning to send them back by buses via land route,” he told Al Jazeera.

He claimed it was not clear by when the workers would be sent back, as they were waiting for the Andhra Pradesh government to arrange for the buses. The fish workers complained that the delay had left them in a state of nerves. “They should at least tell us when we can leave. This feels like jail,” Polisu said.

They also complained they were getting reduced rations, contrary to Collector Prakash’s claims that the state government had been taking adequate care to provide food and rations since the day of the lockdown.

Mainepalli Appanna, another stranded fish worker at Veraval port, countered that they had not received any food or essential supplies from the state government.

“Only the boat owners are giving us food. There’s no tea or breakfast. They provide 100 litres of water for eight people for three days, which we use for drinking, cooking, and bathing,” Appanna said.

Polisu claimed his family back in Srikakulam – wife, three children and mother – were eagerly waiting for his return.

“Right now they are surviving on rations provided by an organisation. I need to be around my family in this crucial hour,” he said. 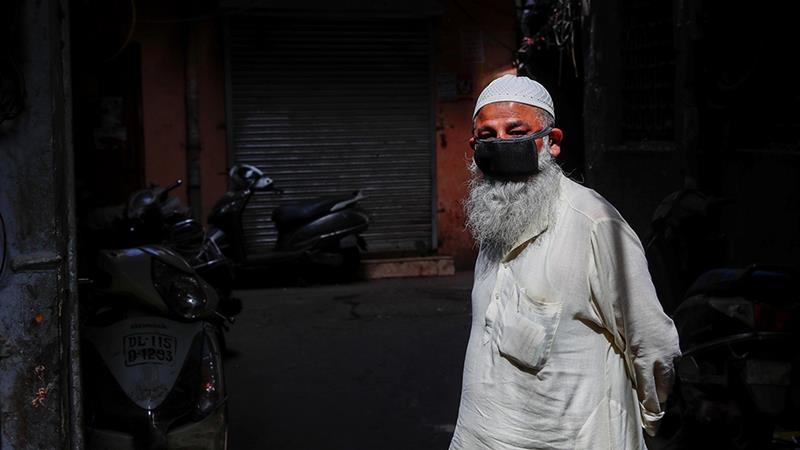