Neighbours India and China have been locked in a dispute over the border demarcation between the two countries. Both countries have increased the number of troops at the border to assert control, raising tensions and fears it could result in a military conflict.

Reports claim Indian soldiers crossed the border in five different points along the Galwan river valley, the Pangong lake sector and Damchok in the Ladakh region.

Six rounds of talks between Chinese and Indian officials have had no breakthrough so far, with both countries blaming each other for confrontations.

He said: “We are committed to safeguarding our territorial sovereignty and security, and safeguarding peace and stability at the border areas. 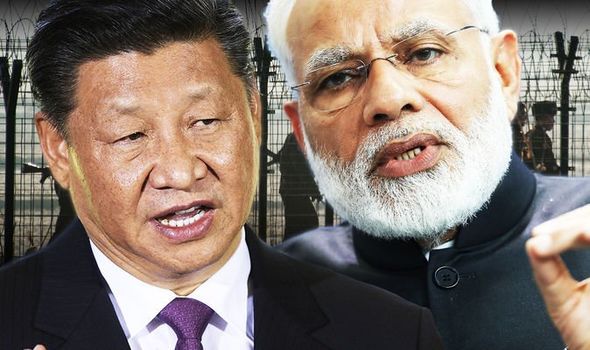 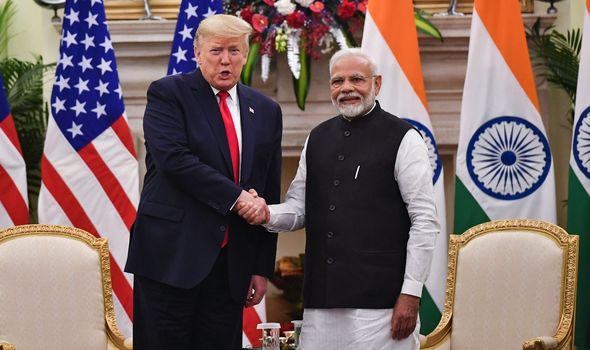 “Talks are on at various levels to resolve the issue,” said S. L. Naramsimhan, member of India’s National Security Advisory Board, which advises the prime minister’s office.

“India will defend its sovereignty and territorial integrity and at the same time make all efforts to maintain peace and tranquility along the India-China boundary.”

The standoff began on May 5, when troops clashed on the banks of Pangong Tso – a glacial lake at 14,000 feet in the Tibetan plateau – leaving scores of soldiers on both sides injured.

Since then there has been a steady build up of troops amid continuing face-offs.

Why is there a border dispute?

India and China both claim territory along the Himalayas, the world’s tallest mountain range and home to Mount Everest.

The dispute goes back decades: in 1962 a month-long war ended without resolution, and there have been several standoffs since then, the latest being in 2017.

Chinese and Indian leaders held talks in 2018 and 2019 to maintain peace in the region, last meeting in October of last year.

But now Chinese state media has reported Indian troops trespassed on Chinese territory, and accused them of trying to build defense facilities.

India’s Government rejects the claims it crossed over its side.

No bullets have been fired yet, but scuffles between opposing soldiers have occurred.

As a result, both sides are now bolstering their presence, with satellite images showing both sides building more tents and roads within five kilometres of the Line of Actual Control.

China and India share one of the world’s largest unmarked borders – in this region, both have territorial claims on more than 3500 kilometres of land.

Diplomatic relations between the two countries and deteriorating at a time when China’s coincide with its attempts to consolidate political and strategic positions across Asia.

The country’s decision to introduce new laws in Hong Kong is threatening to worsen already strained ties with the USA, and it has raised tensions in the South China Sea China by disrupting the efforts of Vietnam, the Philippines and Malaysia as they seek to exploit oil, gas and fishing resources. 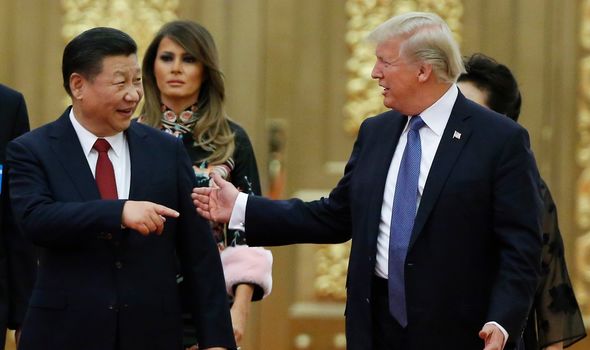 How has the world reacted?

US President Donald Trump took to Twitter, offering to mediate new talks over the dispute.

He tweeted: “We have informed both India and China that the United States is ready, willing and able to mediate or arbitrate their now raging border dispute. Thank you!”

Neither country has responded to the offer.

The mediation offer comes at a time when Chinese-American relations are not smoothly running.

The last time he offered to ‘mediate’ was on the India-Pakistan issue over Kashmir.

India was quick to turn down the offer from the President, reiterating that it was a bilateral issue that the two countries would resolve between themselves.