Indian Government officials have said four million have been left homeless after powerful torrents from monsoon rains have ripped through Nepal and India’s renowned tea-making province Assam. The intense floods triggered mudslides and damaged crops displacing millions across the country.

The killer flood hit the country as the number of coronavirus cases surpassed one million, making India the country with the third-highest number of cases.

In India, the Brahmaputra River which flows through China’s Tibet, India and Bangladesh, has damaged crops and triggered mudslides according to officials.

In total, more than 2.75m people in Assam alone have been displaced by three waves of floods since late May and 130,000 hectares of farmland damaged. 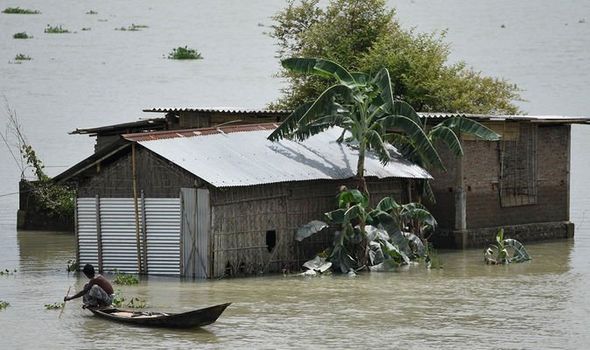 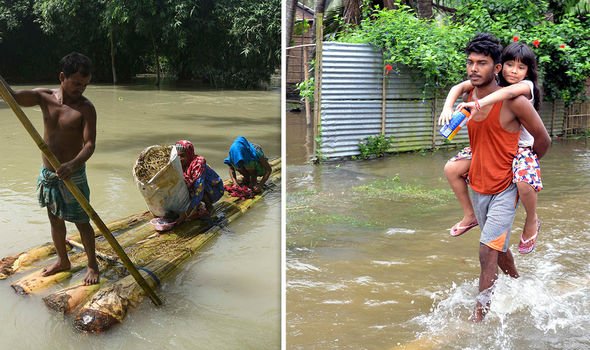 Officials say more than 100 wild animals, including eight rare rhinos have died in recent flooding at a national part in Assam.

The Kaziranga park in Assam state is home to the world’s largest population of one-horned rhinos, which faced extinction at the turn of the century.

In total, this year’s monsoon rains have overwhelmed almost 85 percent of the park in water.

An estimated 3.4 million animals have also been affected by the floods.

Prince William and Kate, Duchess of Cambridge visited Assam and the Kaziranga National Park in 2016 where the couple were said to thoroughly enjoy feeding milk to baby elephants and seeing rhinos being cared for at the wildlife rehabilitation centre. 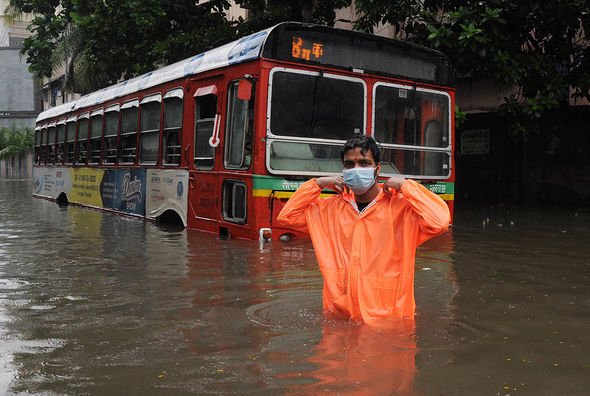 In India, 25 out of 33 districts remain affected after the current wave of flooding which first began two weeks ago.

Heavy monsoon rains in the region are common, but this year the country is also battling rising COVID-19 infections.

The Nepalese Government asked residents along its southern plains on Sunday to remain vigilant.

Heavy monsoon rains were expected to batter the Himalayan nation where more than 100 people have died in floods and landslides since June.

Police said around 110 were killed and 100 injured as landslides and flash floods washed or swept away homes.

Roads were upended, bridges damaged and hundreds of people displaced in 26 of the country’s 77 districts according to authorities. 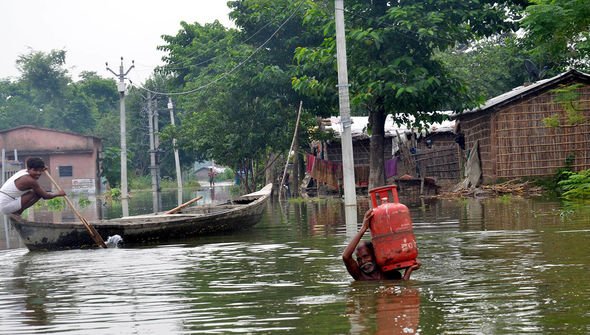 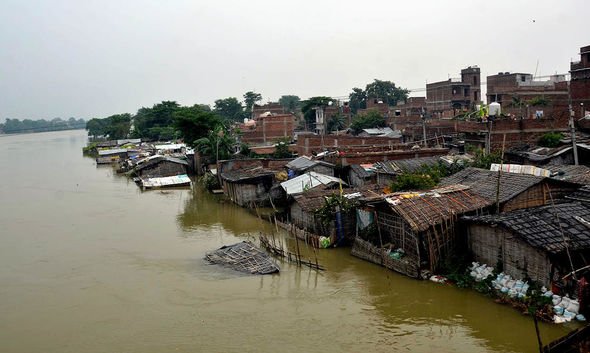 He said: “Search and rescue teams are looking for those who are missing in different places but chances of finding them alive are slim.”

The heavy rains have also damaged the central dome of a 200-year-old mosque in the Indian capital New Delhi which came creasing down due to the monsoon rains.

The red sandstone Mubarak Begum mosque, built by a courtesan in 1823, is among some of the iconic heritage sites in the historic old quarters of the city.

More heavy rains are expected in the capital in the coming days meaning even more lives could be endangered.

Barun Paudel of the weather forecasting office in the capital, Kathmandu, said heavy rains were expected to pound much of the mainly mountainous nation in the next four days.

He said: “We have urged residents to remain alert against possible landslides and floods.”