SANTIAGO (Reuters) – Hundreds of Venezuelans seeking to return home gathered in a makeshift tent camp outside their embassy in Santiago on Thursday, as the coronavirus outbreak spurs a reverse migration wave of those who fled their crisis-stricken country in recent years. 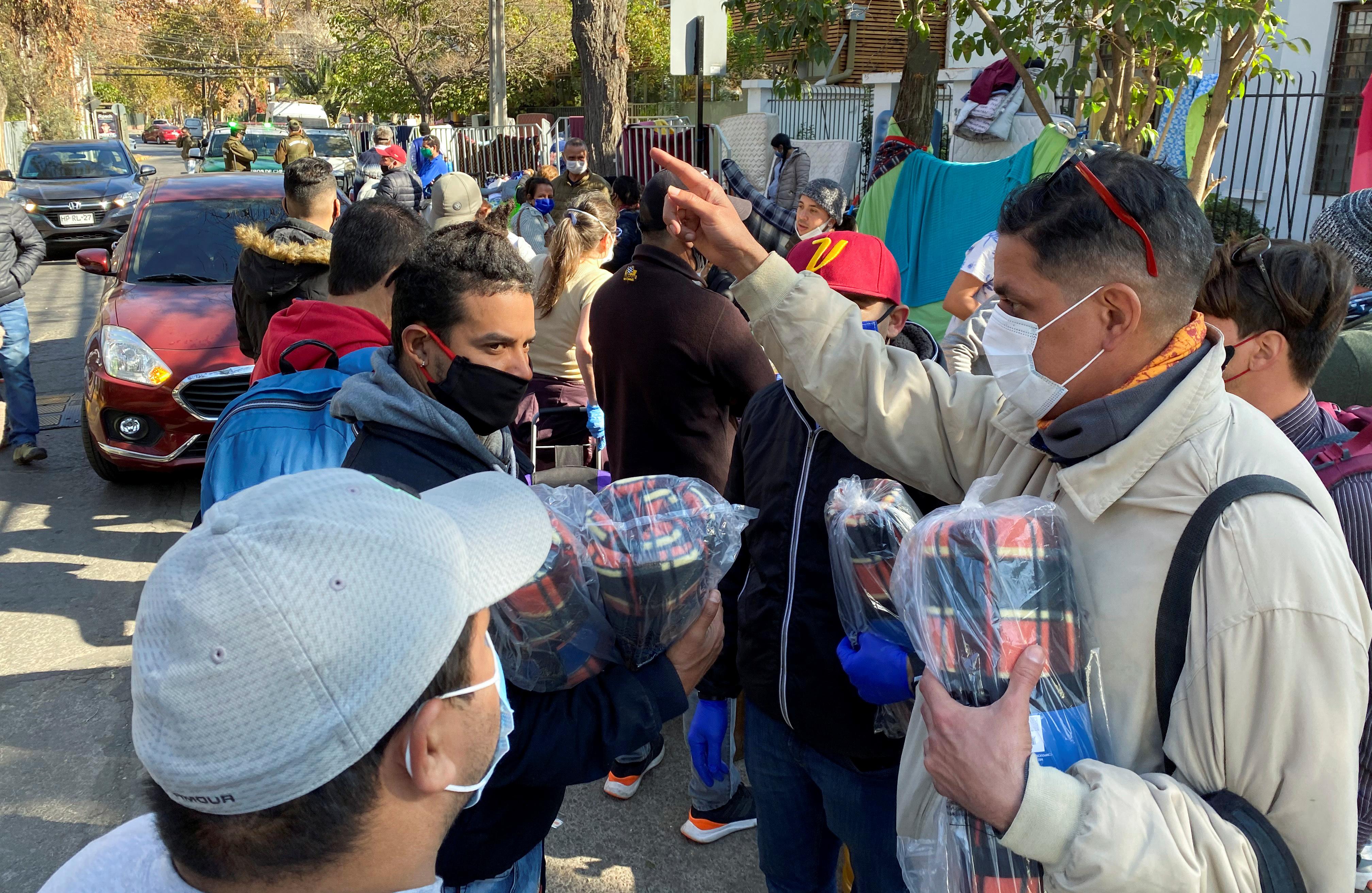 Cases of the coronavirus have spiked in the past week in Chile, prompting increasingly tough lockdown measures that have left many out of work and Chile’s once stable economy in tatters.

Venezuelan immigrant Iramairys Chacón told Reuters she had previously cleaned houses and worked as a nanny to support her 3-year-old son. Now, she was unemployed and homeless.

“I owed two months of rent… so they evicted me,” she said as she waited outside the Venezuelan embassy in a posh Santiago neighborhood. “I am desperate.”

Chacon was one of at least 400 that had gathered outside in the tent camp and on mattresses on a leafy street beside the embassy, as well as in a church storage building nearby.

Venezuela’s economic collapse unleashed the biggest migratory crisis in recent South American history. But thousands of migrants from Colombia to Ecuador to Chile have sought to return home in recent weeks, finding that the often informal jobs they do in service and retail sectors have dried up during coronavirus-related lockdowns.

Alejandro Parada, who described himself as a spokesman for the group, said an embassy worker told them Caracas was aware of their plight, and would alert them to any available flights back to Venezuela. Most travel in the region has been suspended.

“She told us… that we have to wait because Venezuela’s borders are closed, so it is difficult to send a plane here,” Parada said.

Venezuela’s Communication Ministry did not respond to a request for comment.

Parada said there had be no confirmed cases of COVID-19 in the group that had gathered outside the embassy. But as the southern hemisphere winter approaches in Santiago, he said many were on edge.

In early May, the Venezuelan foreign ministry said it planned to bring home citizens from countries throughout South America. Since then, the crowd outside the embassy in Santiago has grown by the day, city officials said.

Parada acknowledged the situation in Venezuela was difficult, but said it was better to be home in times like these.

“You have your family, your loved ones,” he said.