MEXICO CITY (Reuters) – Millions of students return to classes virtually in Mexico on Monday after a hiatus lasting months caused by the coronavirus pandemic that has sparked an exodus from private schools. 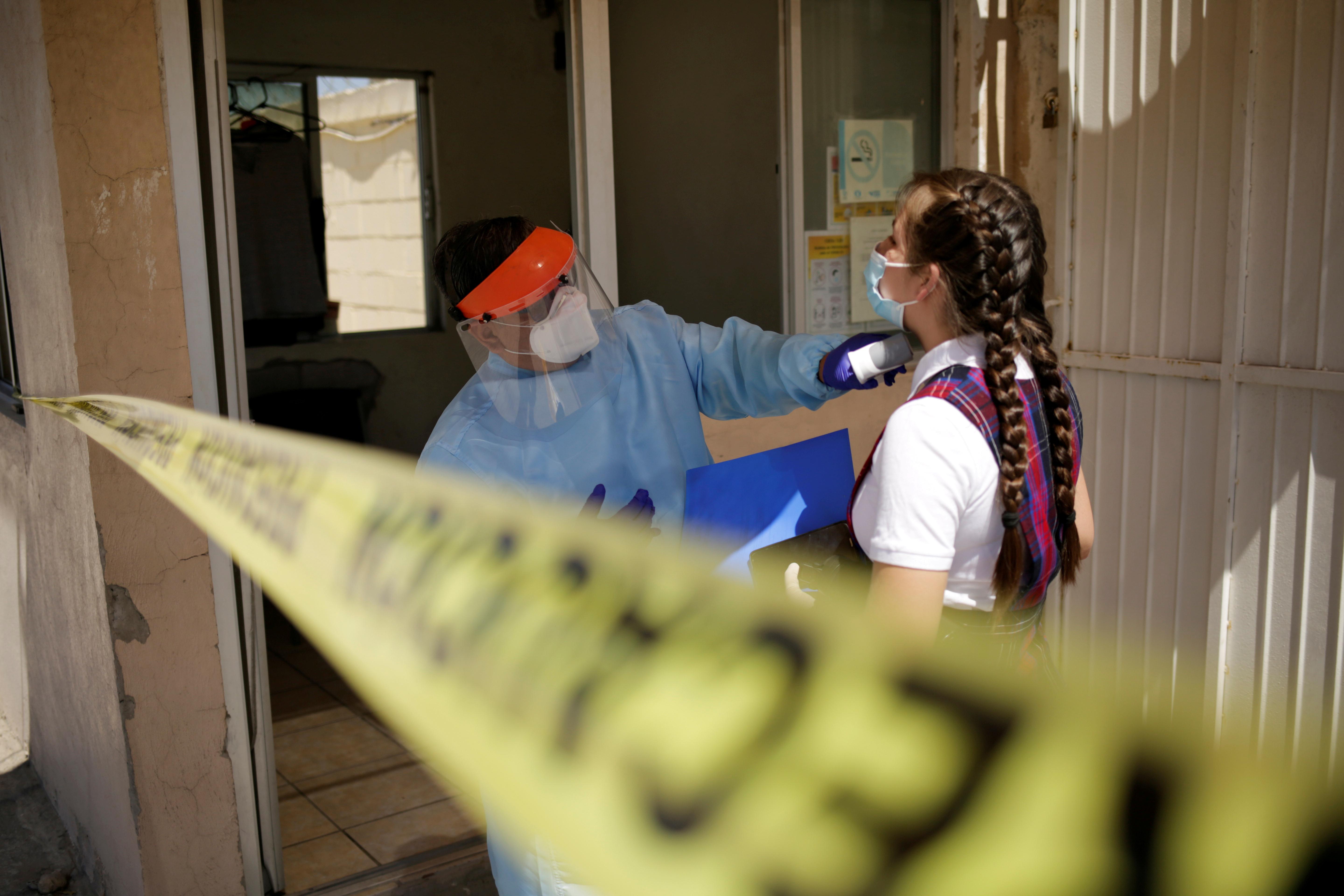 Mexico has yet to publish official data, but private-school bodies consulted by Reuters said almost 2 million students at all levels were expected to quit private schools because of the crisis to join an already overcrowded public system.

The lack of both in-person teaching and access to facilities has left many parents unwilling to shoulder private-school costs.

“We’re facing a tremendous crisis,” said Alfredo Villar, head of the National Association of Private Schools, which groups more than 6,000 institutions nationwide. “Many schools are running out of people and will very likely have to close.”

Supporters of private schools worry the turmoil could stretch the education system, especially after President Andres Manuel Lopez Obrador last year canceled a reform that the previous government said would improve teaching standards in Mexico, one of the worst-performing countries in the 37-nation Organisation for Economic Cooperation and Development (OECD).

Schools were among the first institutions the government ordered into lockdown in March, taking over 30 million students from some 216,500 public schools, and 5 million private students, out of classrooms.

Mexico has since recorded more than 60,000 deaths from COVID-19, the third-highest toll from the pandemic globally.

In an attempt to hold on to students and the payment of fees, private schools are trying to make deals with parents, offering more discounts, scholarships and other benefits.

It has not been enough for some.

“It’s ridiculous. They reduced (tuition) 3%, but before that they raised it 30% in the previous cycle,” said housewife Alicia Martinez, 37, who from the beginning of the crisis began struggling to support her two children in a paying school.

The pandemic has recently eased, but the government decided that infections remained too high to risk reopening schools.

So students must start the new academic year with a home-learning program broadcast by major television networks until infection rates are deemed sufficiently low.

The outlook has forced over 48,000 private schools to delay a return to classrooms and instead move online – a major setback for many centers whose reputation rests on their facilities.

At least 15 parents who spoke to Reuters in recent days said they had withdrawn their children from private schools to put them in the public system.

The government says it can pick up the slack.

“Nobody’s going to be left out. We’re ready to receive this wave of migration from private schools,” Deputy Education Minister Marcos Bucio told a news conference.

The ministry says it will not have an estimate of the extent of the shift to public from private education until after September, when the formal enrollment period has ended.

According to the National Confederation of Private Schools (CNEP), most of its 3,500 members will see enrollment drop by up to 30% during the current school year. Some private schools anticipate a decline of up to 60%.

“The situation is really chaotic,” said its president, Maria de Jesus Zamarripa. “With fewer children in the groups, a lot of schools are bound to have to make staffing changes.”

Private-school representatives will propose a series of measures to the government to try to rescue their operations, including tax breaks during the pandemic, she said.

“We hope we can achieve this,” Zamarripa said.