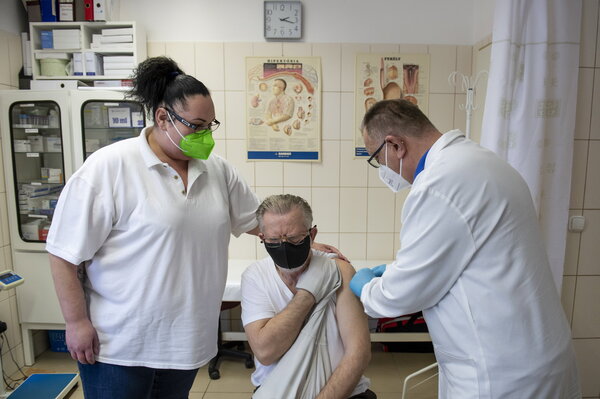 Hungary has agreed to pay about $36 a dose for Covid-19 vaccines made by Sinopharm, a Chinese state-owned vaccine maker, according to contracts made public by a senior Hungarian official on Thursday. That appears to make the Sinopharm shot among the most expensive in the world.

Hungary has agreed to buy five million doses of the Sinopharm vaccine, priced at 30 euros ($36) each, according to contracts that Prime Minister Viktor Orban’s chief of staff, Gergely Gulyas, uploaded to his Facebook page. That price far surpasses what the European Union has agreed to pay for vaccines from Western manufacturers.

The European Union has said it would pay €15.50 per dose for the Pfizer-BioNTech vaccine, according to Reuters, which cited an internal E.U. document. For AstraZeneca, it agreed to pay $2.15 per dose, according to Belgium’s budget secretary.

The contracts that Mr. Gulyas published also show that Hungary, which has recorded nearly half a million cases and more than 16,000 deaths, has agreed to pay $9.95 per dose for the Russian Sputnik-V vaccine.

Hungary was one of the few European countries that signed a deal with Sinopharm, which promoted itself to developing countries at a time when many richer nations were hoarding doses by Western drugmakers like Pfizer and Moderna. A major selling point was Sinopharm’s immense manufacturing capacity; it has said it can make up to three billion doses by the end of this year.

The Sinopharm price is extraordinary in part because the company, unlike the Western vaccine makers, has not published detailed data from Phase 3 trials.