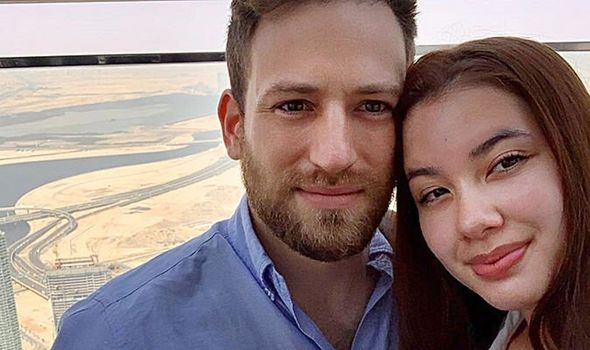 Charalambos Anagnostopoulos, 33, a helicopter pilot known as “Babis”, was asleep alongside his wife Caroline Crouch, 20, and their 11-month-old daughter when a gun-wielding gang stormed in at 4.30am on Tuesday. The raid began when the gang smashed a security camera outside the two-storey home.

They then broke a basement window to clamber inside the property before strangling the family’s dog with its leash. The dead pet was found strung up on the garden fence.

The men then made their way to an attic bedroom where the couple and their baby were sleeping.

Babis told police the masked raiders bound him up on the floor and tied Caroline to the bed before demanding: “Where’s the money?”

The couple had a large amount of cash at home, near Athens, because they were about to pay some builders. Babis revealed his hiding spot – inside a Monopoly box – to spare his loved ones. But the thieves demanded more money and jewellery, then pointed a gun at his daughter’s temple. 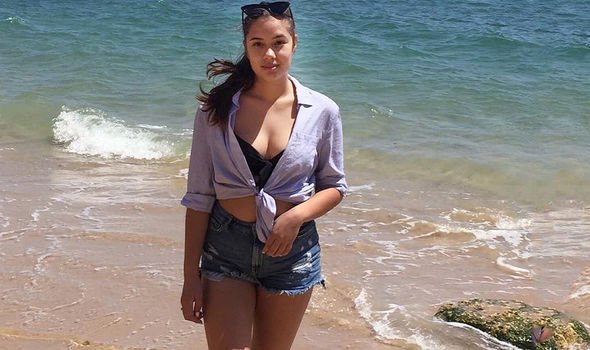 Babis said: “I heard my wife screaming for help. We screamed not to be hurt. The baby was crying, my wife was crying and someone or some people were looking through the house to find more money and jewellery.

“They left the room and I couldn’t hear my wife’s voice any more.” Conflicting reports say she was strangled with a pair of trousers or suffocated with a pillow.

Speaking to Greek TV outside the family home later the same day, Babis said: “I wish no one ever goes through what we went through last night. It was a nightmare. We begged the thieves not to harm us.

“We told them where the money was and asked them to leave us alone. The police will catch them.”

Police were alerted by Babis, who dialled the emergency number with his nose.

Officers described the crime as “the most heinous” they have ever seen, and say it was carried out with a brutality rarely seen.

A £250,000 reward has been offered, and investigators are thought to be working on the theory that the gang somehow knew the couple had a lot of cash at home.

Social media profiles reveal Caroline met Babis in 2017 and they married in July 2019. Caroline went to university in Greece and had a UK passport through her father.