GUATEMALA CITY (Reuters) – Hurricane Iota is rapidly gathering strength as it barrels toward Central America, with the potential to bring “life threatening” storm surges and “catastrophic” winds to a region still recovering from the devastation of Hurricane Eta.

“Iota is forecast to be an extremely dangerous Category 4 hurricane when it approaches Central America,” the NHC warned.

The storm comes as Central America is still coping with the massive destruction wrought by Hurricane Eta, which slammed into the region two weeks ago, causing flooding and mudslides that have killed scores of people across a huge swath from Panama to southern Mexico.

Hurricane Iota is expected to smash into the jungles of the Miskito Coast of Nicaragua and Honduras on Monday.

Evacuations are already underway in Honduras, Guatemala, and Nicaragua in areas expected to be affected by Iota.

In Honduras, Douglas Espinal, head of the fire department of Puerto Lempira on the Miskito Coast, told Reuters that evacuees have been arriving since early Saturday, traveling from the region’s remote peninsulas by canoe or boat.

“People are coming from the coastal areas, but only those who have a boat or a canoe. The rest are staying in their communities,” he said.

Espinal said Puerto Lempira has run out of fuel since deliveries were suspended following Hurricane Eta, making it impossible for the fire department to carry out a more extensive evacuation plan.

Puerto Lempira is the largest municipality in the Honduran department of Gracias a Dios, a remote region only accessible by air, sea, or by traversing its internal rivers. With just over 100,000 residents, according to the National Institute of Statistics, the area is home to a number of indigenous communities, including Miskitos, Garifunas, Pech, and Tawhakas.

In Nicaragua, authorities said evacuations are also underway in the indigenous and fishing communities on the Miskito Coast.

Brexit talks: Will there be a Brexit deal this week? What are the sticking points? 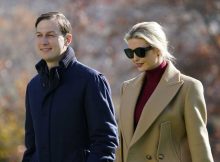 Ivanka Trump deposed as part of inauguration fund lawsuit
Recent Posts
Copyright © 2020 miamiheatnation.com.
This website uses cookies to improve your user experience and to provide you with advertisements that are relevant to your interests. By continuing to browse the site you are agreeing to our use of cookies.Ok