The National Hurricane Centre (NHC) has issued hurricane watches and storm watches as the storm tracks across the Atlantic Ocean.

Strengthening is forecast as Gonzalo tracks over warm waters, with the potential for the system to become the first hurricane of the season.

As of the NHC’s 2am AST (7am BST) update, Gonzalo was located approximately 685 miles east of the Southern Windward Islands.

The system was recorded as having maximum sustained winds of 60mph with higher gusts and is moving westward at a rate of 14mph. 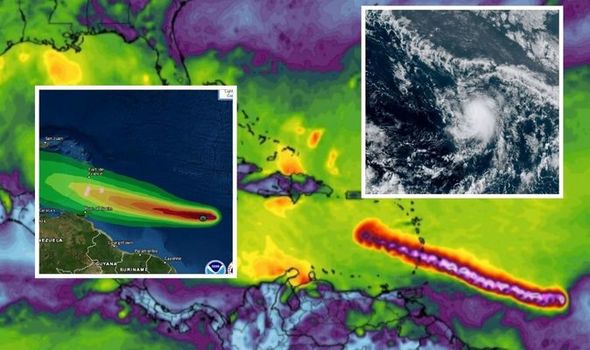 The NHC told CNN of the storm: “Gonzalo faces an uncertain future.

“Out of an abundance of caution the official forecast continues to show Gonzalo becoming a hurricane in about 24 hours, but the uncertainty in this scenario cannot be stressed enough.”

Warmer waters towards the Windward Islands could further strengthen Gonzalo in the coming hours.

There are hurricane watches and storm watches in effect as Gonzalo tracks closer to land. 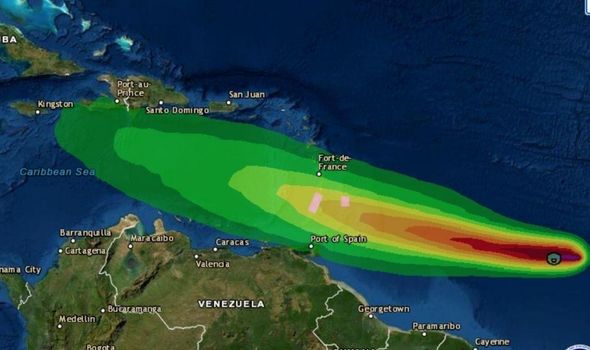 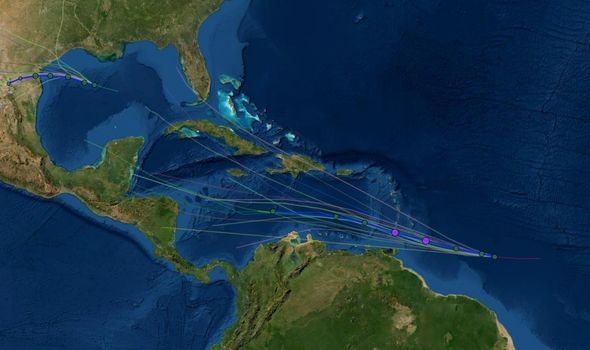 A Hurricane Watch is in effect for

A Tropical Storm Watch is in effect for

Gonzalo is expected to continue with a westward to west-northwestward motion, and an increase in forward speed is expected through the weekend.

On the forecast track, the centre of Gonzalo will approach the southern Windward Islands tonight and move across these islands Saturday and into the eastern Caribbean Sea Sunday.

Some strengthening is forecast during the next day or two, and there is still a chance Gonzalo could become a hurricane before reaching the Windward Islands.

Even if Gonzalo does not reach hurricane status, there is an increasing risk of wind and rain impacts to areas of the southern Windward Islands this weekend. 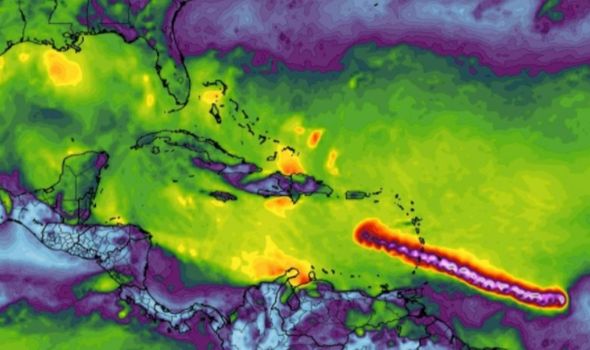 Up to seven inches of rain is possible on some of the islands according to the NHC, which could trigger “life-threatening flash floods.”

Weakening is expected after Gonzalo moves into the Caribbean Sea and the cyclone is expected to dissipate by the middle of next week.

Tropical-storm-force winds extend outward up to 25 miles (35 km) from the centre.

Meanwhile, Tropical Storm Hanna has formed in the Gulf of Mexico and is about 360 miles east, southeast of Corpus Christi, Texas as of the NHC’s 1am AST (6am BST) update.

Tropical storm warnings are in place as Hanna is forecast to make landfall in Texas on Saturday.

A Tropical Storm Warning is in effect for

A Tropical Storm Watch is in effect for